The Mercedes Benz class C belongs to the category of rear-wheel drive sedan. The world premiere of the car took place in January 2014 in the city of Detroit. 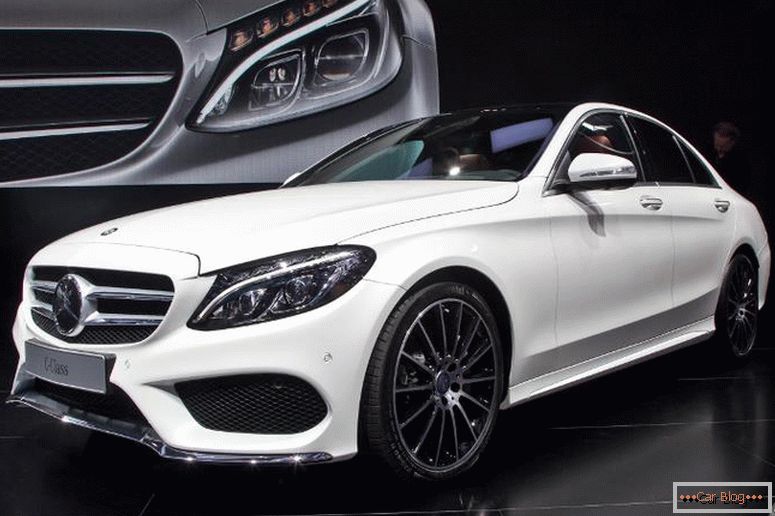 The manufacturer introduced the sedan brand, but promised to also release a hatchback car, a coupe and a convertible of the same model. This is the fourth generation of class C and is considered very successful.

The concept of the new Mercedes

To create a Mercedes, the MRA platform was used, thanks to which the wheelbase was increased by 8 centimeters and is 2.84 meters. Increased wheelbase increases the stock of free space in the cabin and, accordingly, the size of the trunk. Luggage space Mercedes C class 2014 makes 480 liters. Vehicle dimensions: length 4680 mm, width 1810 mm, height 1494 mm. The car became lighter than its predecessor, it turned out due to the fact that the car body became half aluminum, heavy-duty materials and composite parts were used. The total mass of the Mercedes in the basic version is 1300 kg, the wheelbase is increased by 80 mm.

AT Mersedes Benz 2014 installed covered roof under the CLA style, it has an impressive head optics and rear tact lights. A similar light fixture stands on the E-Class 2014 auto model. New headlights from the front view consist of 24 possible LEDs, each of which is controlled individually. This system allows you to individually distribute the light beam according to road conditions and direct it exactly where it is needed. 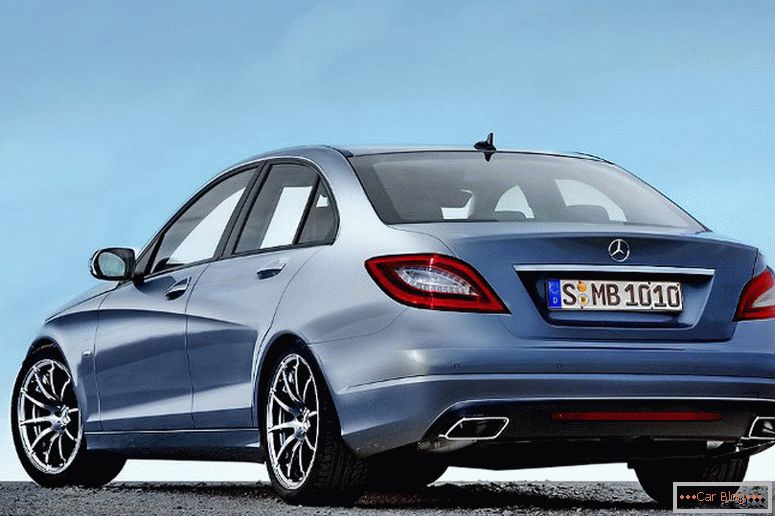 In the basic package Mercedes Benz C class 2014 Includes halogen headlights with LED elements, LED lamps, a projection display on the windshield, a circular video camera review, climate control system, which takes into account the temperature overboard and data of the navigation system, and Burmester audio system The client chooses the material for upholstery and interior decoration. The cabin has three ventilation nozzles in the center console, and an infotainment system is located on top. The diagonal of the monitor is about 7-8.4 inches, using the touchpad you can manage multimedia content, it also recognizes handwriting input. The designers installed an AMG multifunctional steering wheel, leather seats in two colors of the Nappa model, velor floor mats, black fabric ceilings and a sill suspension. Before the top model of Mercedes, it may seem far, but on the other hand, everything is in abundance here. 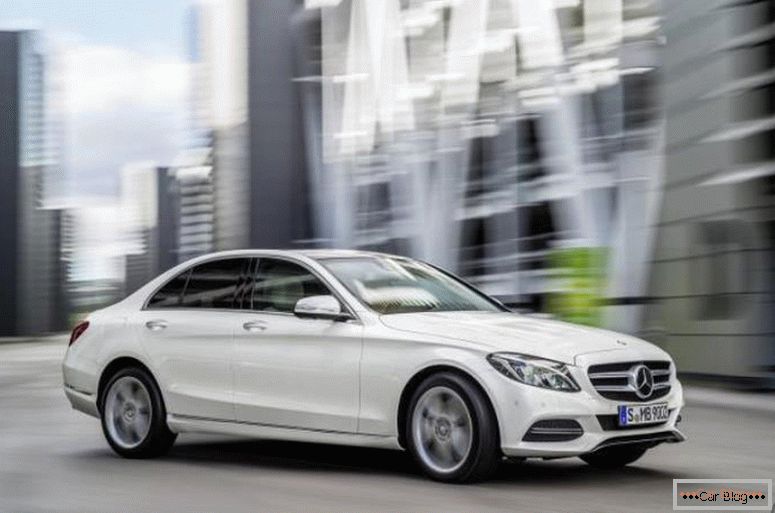 Motorists themselves choose the type of suspension in Mersedes Benz 2014, it can be both normal and sports, which reduces the clearance by 15 mm and adds comfort in the cabin and ease of riding. Shock absorbers will adjust the stiffness of the vehicle in the event of holes on the roads, and the air suspension (the first option in its class) will control the vehicle's ground clearance (which will depend on the vehicle’s speed and load), will regulate the steering, lateral stability and leveling of the vehicle in full load. The old front suspension has been replaced with an independent one with aluminum inserts on four levers, and the second is a five-lever one. Applying new suspension technologies will significantly reduce noise and choice in the cabin.

Новый Mercedes C class 2014 it is completed with a 2.1 liter diesel unit with a capacity of 180 horsepower, such an engine stands at Renault. Other equipment - a gasoline engine for 4-6 cylinders with a capacity of 186 or 335 horsepower. Works with automatic transmission on seven levels. Designers promise in the summer to release a version of the more powerful engine of 333 horsepower. The drive is full, the car accelerates to 100 km / h in 6.5 seconds. The modification includes the installation of an automatic gearbox on seven levels, the designers are working on the release of the 9G-Tronic gearbox on 9 levels. 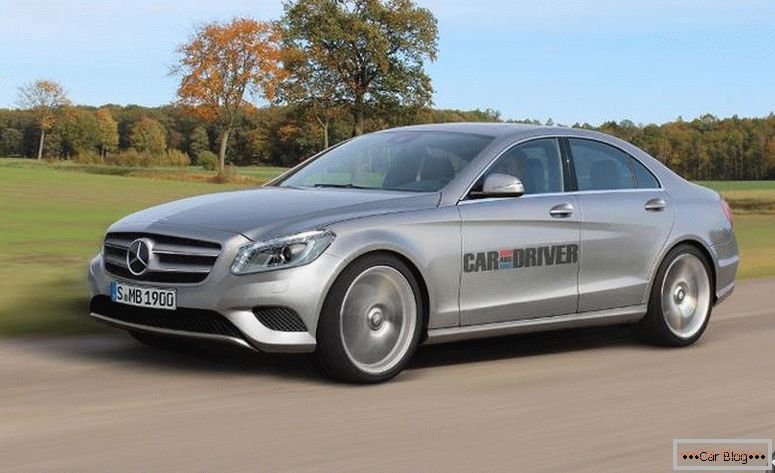 The official price has already been set for the new car, the sale will start from February 2014. So on Mercedes benz c class Price amounts to 1520000 rubles.

Already in mid-April 2013 Mercedes C class 2014 фото were posted on the Internet, which showed the car on a test in Scandinavia. Publisher Diariomotor photographed Mercedes, thereby further disseminating information about the new model. And here is the new Mercedes Benz: 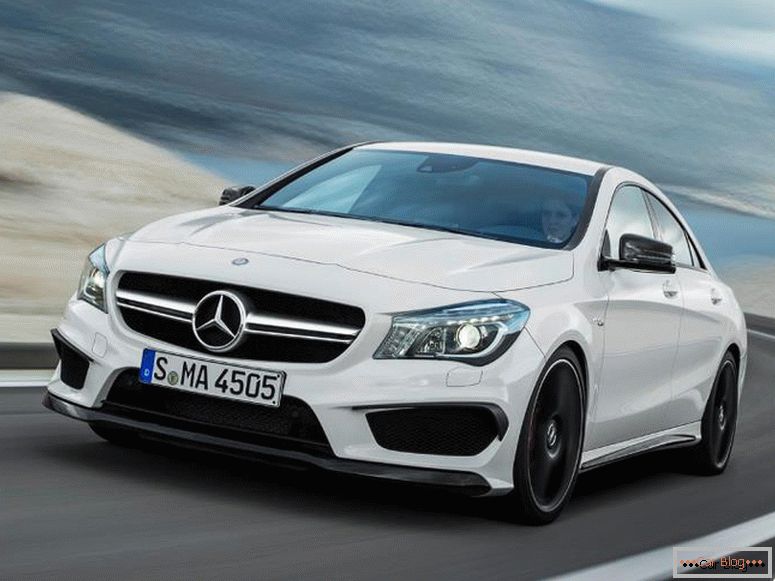 There are five modes of operation in motion: auto: Eco, Comfort, Sport, Sport Plus and Individual. Using the "Individual" mode, you can adjust the parameters of the movement of the machine at its discretion.

Not to mention the safety of the car and other Mercedes Benz systems. The following systems are installed: the cruise control system is adaptive for the driver, an automatic vehicle retention system in the lane, a special system against frontal contact at speeds up to 200 km / hour, a circular video camera, an auto parking system and other functional systems.

Learn more about the car by viewing the test drive Mercedes Benz: 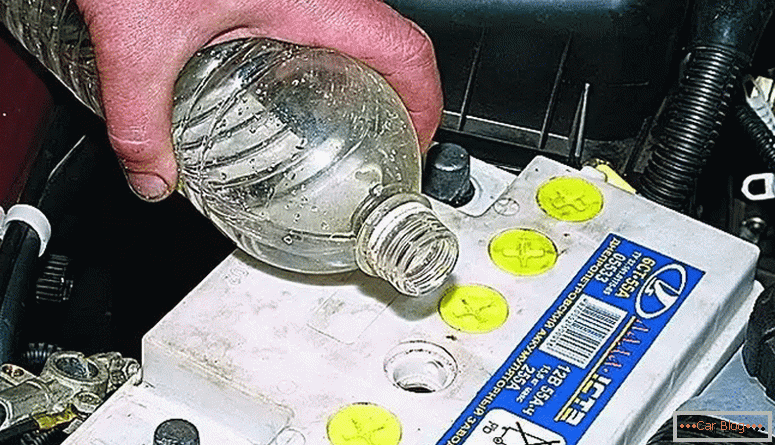 The best driving schools in yaroslavl 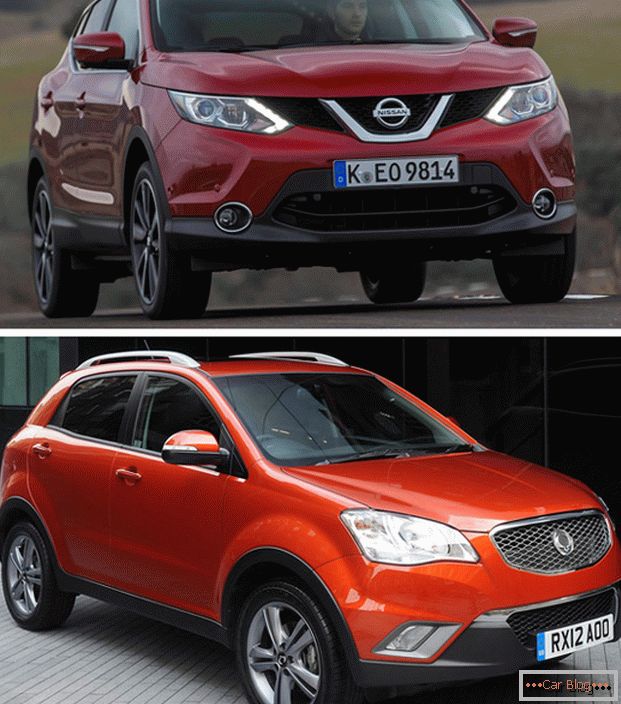