Audi A6 C4 is a direct competitor to the Audi 100 as an ideal used car purchase, as these cars do not just belong to the same class, but even look almost like clones. But between the models there is a significant difference, which everyone should know about who sees the A6 as a candidate for purchase. By the way, choosing between the "weave" and the A6, often prefer the first option, referring to the fact that it is arranged easier, because you do not have to suffer with electronics. We will figure out why it is worth buying the A6, what are the advantages of this model over its fellow. 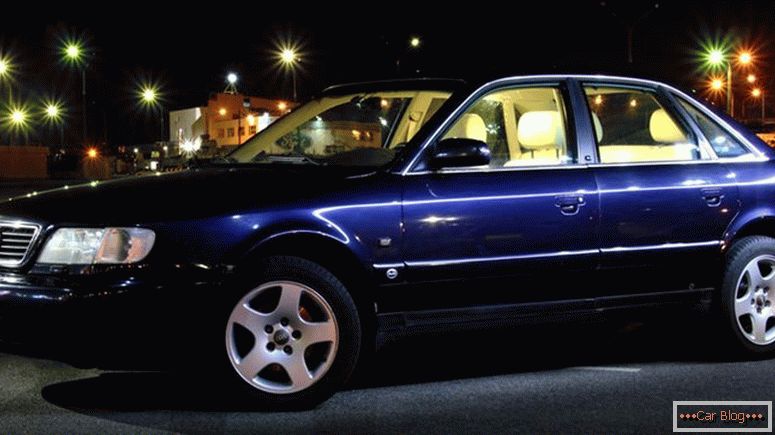 In terms of the body, in view of the later release, the A6 is more reliable. The anti-corrosion coating here is clearly more successful. Therefore, where smaller parts of the car are caught in rust, the paint looks much fresher. Traditionally, the choice is to pay attention to such problem areas: arches, sills, luggage compartment, wings, doors, including luggage.

Attention should also be focused on the racks in different parts of the car, as they are difficult to replace because of the very structure of the body, the complexity of welding. The good news is that because of the really high-quality metal and the same zinc, rust spreads slowly, so if you buy A6 for a couple of years, you can even ignore small signs of corrosion, using it only as a reason for bargaining.

The big surprise may be that instead of a monolithic machine, you will be a real designer. Due to the fact that it is not too difficult to weld one body out of 2 or even 3 different cars of this brand, it is important to pay attention to all the seams of the car. If you see large nezavodskie traces of welding, it is quite possible that the A6 suffered in a serious accident, after which it was collected from a variety of "donors". You should definitely check the VIN numbers on the car body and in the center of the engine shield. Fortunately, this placement protects the room quite well, because there it is practically inaccessible for damage and corrosion. Naturally, the numbers must be the same, otherwise you will have big problems. 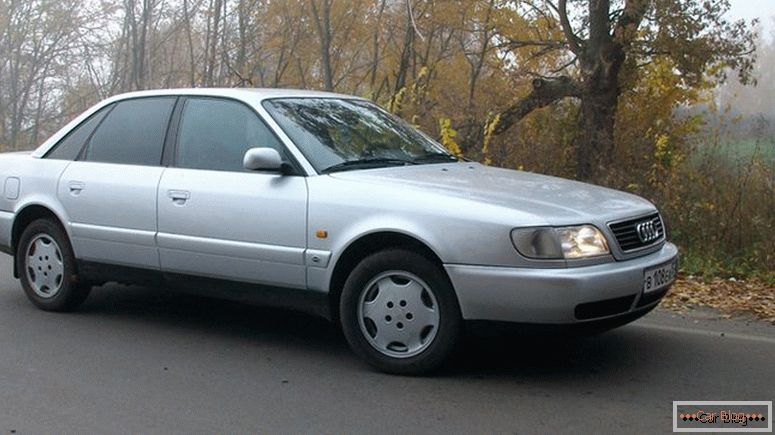 It should be noted, and a significant strengthening of the body structure, the car has become more durable, it is easier to tolerate physical impact, increases the safety of passengers. Also pleased with the refinement of racks and supports, improved absorption of vibration and noise. All this makes the car safer and more convenient in comparison with 100. And if you add to all the advantages of a steel body that has just phenomenal vitality, then the A6 can be called the ideal candidate for choosing a used car. The main thing is that your “candidate” should be in the best possible condition, without the need to re-purchase any parts of the body or optics. So, you can hardly find original spare parts, they are expensive, and the analogues made in China obviously will not please you with quality. 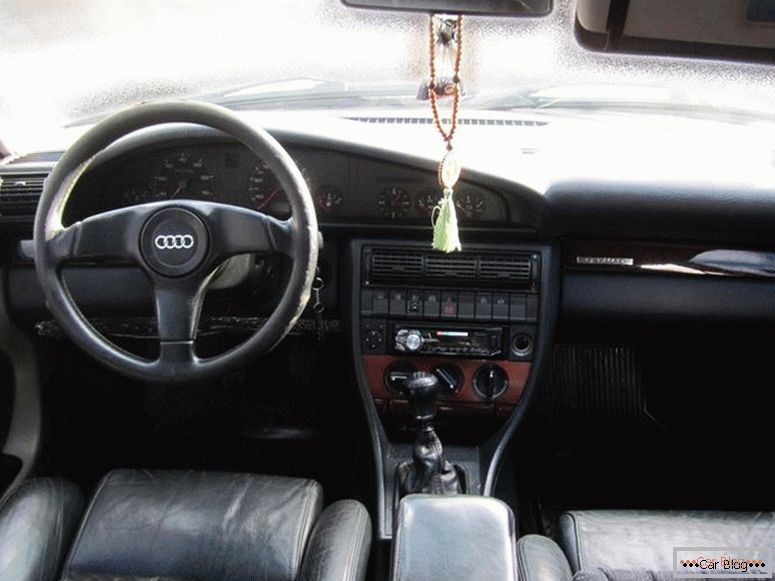 The problem can only be the abundance of transmission gearboxes, which often wear sensors, because of what they do not work correctly, and then completely cease to function. Unfortunately, the location of gearboxes complicates preventive work, lubrication, so they often have to be changed, which is not so easy due to the lack of parts. The traditional problem can be called and problems with climate control. Usually they are insignificant, but they can still cause discomfort to the owner.

By the way, many of them can be diagnosed independently, without additional equipment, thanks to a well-thought-out control system. As a result, it cannot be said that you can count on a perfectly working salon electronics, because the age of the car makes itself felt, but it is quite possible to find a car with minimal problems.

The total introduction of electronics in all systems of cars has become the hallmark of the A6, with that, it obviously went to the benefit of the car. It has become much more functional, comfort and safety systems, immobilizers and other wonders have appeared. But, of course, all this required the complexity of the design and an increase in the amount of wiring, which, at a respectable age, makes itself felt not the best. 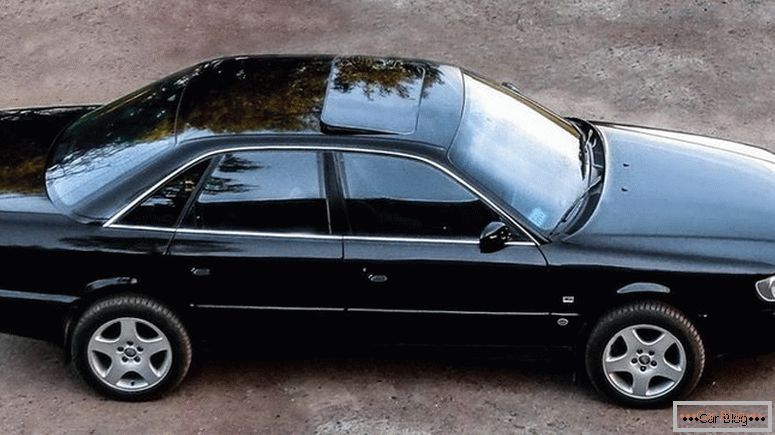 The main "disease" can be called an electrician who is responsible for engine management, door wires, as well as wiring under the hood, but these problems are not expensive. It should be noted that in terms of electronics "weaving" is not so problematic, because the wiring on it is much easier, but then the functionality is much more modest. If you like comfort, then this is another reason to choose the A6 C4, and not 100.

In terms of brakes and ABS, the A6 also benefits, despite the fact that both models are relatively trouble-free in this regard. But due to the fact that the A6 C4 is newer, the wear on this car is less, which gives greater reliability. Of course, that all this is true only under normal maintenance, because if the machine is not engaged, then the pipes and hoses will necessarily rot, the caliper will be wedged, and there is no need to talk about any kind of reliability. Problems with ABS are usually caused precisely by the age of the car, because the wiring often requires soldering from specialists or completely replacing it because of contact breakdowns.

The uniquely strong point of the car is the suspension, which is able to go through any tests if you take care of it. Front-wheel drive cars can boast of the vaunted MacPherson in front, well, and behind the beam is installed, with which there are never problems. The anti-roll bar is used as a front lever, which only adds to the reliability of the system. He may have problems except with the silent blocks, but this may affect perhaps the comfort, but not the practicality of the suspension.

Recommended article: Mitsubishi will say goodbye to Lancer without any regrets. 10 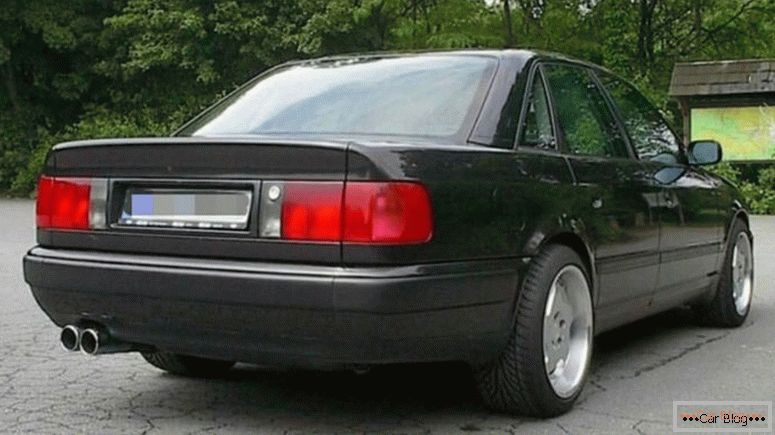 The steering unit also can not be called problematic, because here everything is simple and reliable. Problems traditionally can occur only with the rail, which fails solely under the influence of time. The same can be said about the power steering, because here the wear is related to leaks in the tubes, as well as corrosion of various parts of the system, which is explained solely by long-term operation. We recommend that you thoroughly examine the power steering for leaks, since troubleshooting may be costly.

Both front-wheel drive and all-wheel drive A6 rarely have any problems with the transmission, as in these machines the system is really reliable. Problem areas can be called CV joints, which require additional attention and regular maintenance. Well, in cars 4x4, in addition to the above, you need to often change the oil in the center differential, and the CV joints are also added to the rear axle. But, if you took care of the car regularly and efficiently, then none of the parts of the system will cause you considerable trouble. 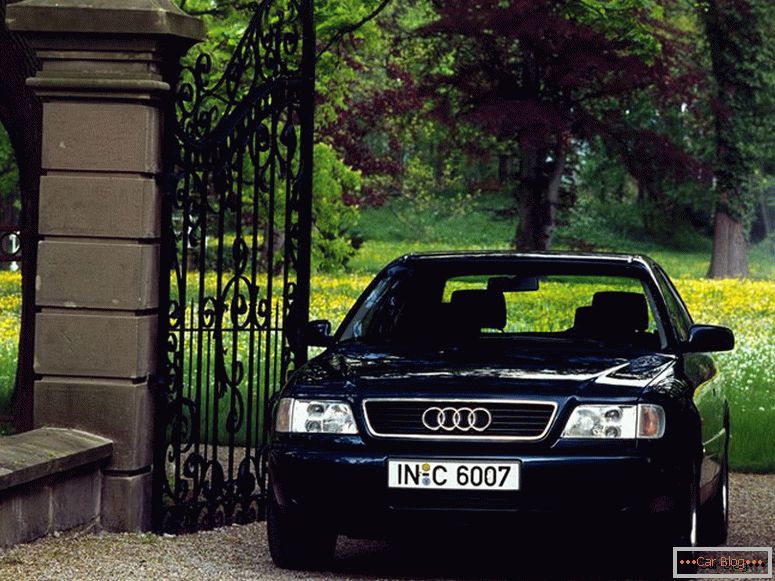 Cars on the "mechanics" have virtually no weak points, except that the clutch and flywheel of the two-mass type (although the latter has been replaced by the standard one in almost all cars). Of course, if the car has a tremendous mileage, then it is desirable to properly maintain the entire box: disassemble, clean, lubricate, and so on. Usually there are questions only for cars with powerful cars for the transmission, and if you want to take the A6 C4 with a 2.6 or 2 liter engine, then you need not worry at all, because due to the lower torque, the transmission system is almost beyond negative influences.

But the "automatic", which in the 100th model were presented ZF 4HP18, did not cause complaints, in almost all versions of the A6: replaced by a system made by Audi itself: 01N. Both boxes are distinguished by high reliability, thanks to which the machines on the “automatic machines” were so popular, their weak point can only be called differentials. But if you buy a car at an age, then this reliability becomes rather a minus. The fact is that the ZF 4HP18 and its later brother work normally even when half of the system is out of order or turned into dust. 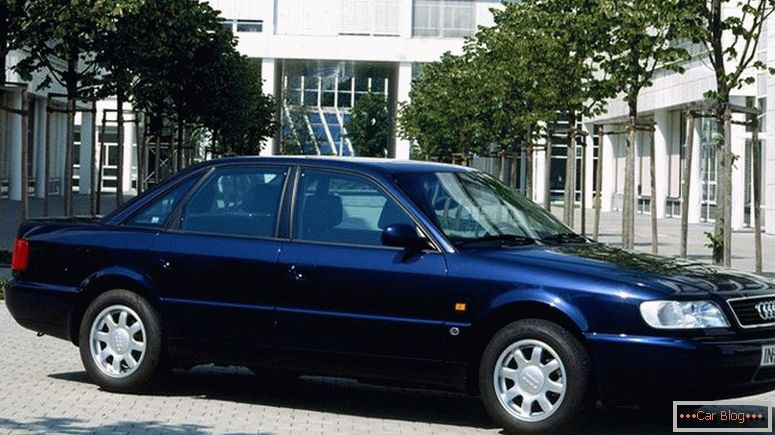 For 01N this, to some extent, is not so relevant, since there many parts began to be made of plastic, as a result of which the need for replacement was increased. But, nevertheless, if you buy A6 C4 on the “automatic” and the box is still working, this does not mean that you can relax. It is necessary to immediately go to the workshop and properly serve the automatic transmission. Then you can enjoy the excellent work of the gearbox with peace of mind, knowing that it is fully operational and serviced. Fortunately, the repair of both automatic transmissions is not too expensive. In addition, there are good analogues. For the ZF 4HP18, it is possible to replace it with a more modern 5HP19FL, and the 01N can easily change to the automatic transmission from Volkswagen, which is still common.

Recommended article: Manufacturers want to reduce the price of Lada Granta by twenty percent in 2017

Almost all A6 engines inherited from the "weave", but remained clearly better due to greater freshness. Hoses for motors can be called hoses, which, if not replaced in time, lead to serious engine breakdowns. The very "iron" is excellent, so the engines are often quite well preserved even in our days.

So, eight-valve two-liter engines are quite good and reliable, they rarely require significant repair work upon purchase. The 2.3 ‑ liter five-cylinder engine is much more problematic, and very outdated, which is why you may have problems even with repairs. The best option can be called motors V6 of 2.6 and 2.8 liters. With them you have to think only about replacing the timing belt, everything else is quite reliable and modern. In addition, these engines do not require large expenditures of fuel, which is also a huge advantage. 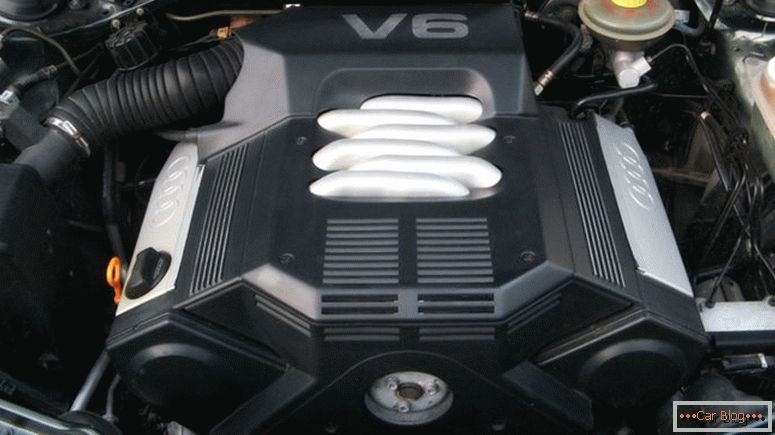 New for the A6 C4 are 2 gasoline engines: the V6 is 1.8 and 2.6 liters. They remained relevant for Volkswagen and Audi cars for a long time, so their maintenance will not cause any problems. The disadvantage of such motors can be called a fairly quick lubrication, so they need good care, but they will please you with excellent turns and good dynamics. Also, diesel engines did not remain without an upgrade, as there appeared 1.9 and 2.5 l engines. They have a tremendous resource, but problems with repairs may arise due to the low popularity of diesel engines in Russia.

In the end, we can say that the Audi A6 C4 is a great car that you can safely buy second-hand. At the same time, it retained in itself the advantages of "weave", "refreshed" them and supplemented with more modern solutions. But you need to be very careful when choosing a machine, as a high resource can hide from you big problems in various systems. Carefully examine the car before buying, and then you can get a really good used car! 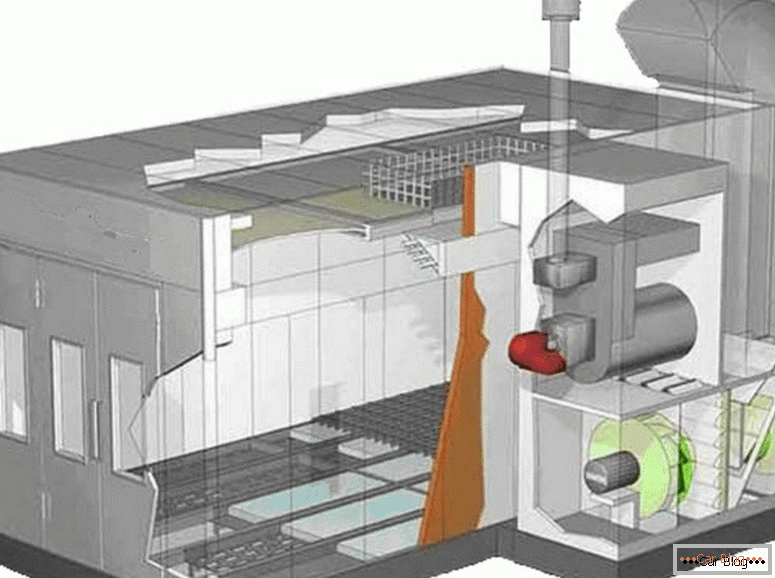 Camera for painting cars with their own hands 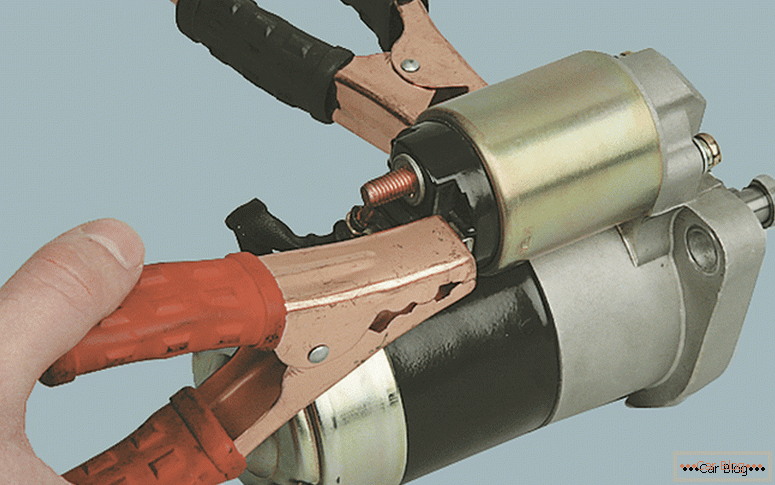 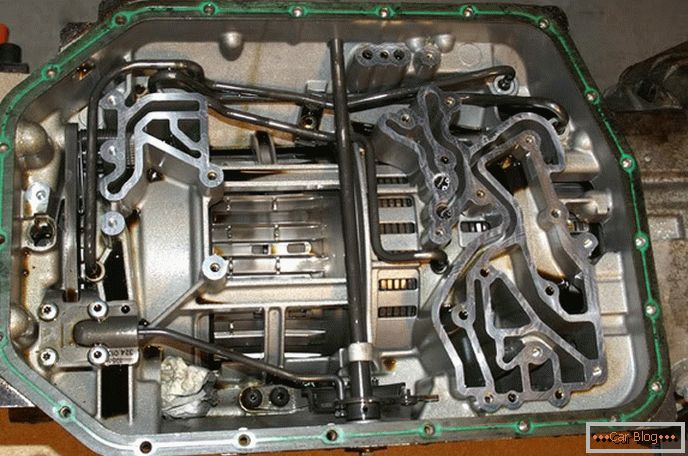 What gear oil is better