Vans are a special class of cars. They are purchased, as a rule, for work. Therefore, the most important characteristics when choosing such cars are reliability, cost of operation, maintainability and affordable starting price. This is quite logical: low cost allows you to “enter the business” at lower costs, and affordable prices for replacing wearing parts, insurance, as well as a moderate amount of fuel consumed, make it possible to get greater benefits from each kilometer. However, representatives of this class of commercial vehicles are still being developed and created with an eye to the comfort and convenience of intensive use. Including in urban environments. And, nevertheless, the best all-metal van is one that will allow its owner to earn more by spending less.

Overview of vans for business

Workmanship, service life, cost, and even the number of models purchased are not the main indicator for vans when compiling a rating. Here I would like to consider first of all the cost of operating a car.

For Russia, the undoubted leaders in cost per kilometer will be cars produced at the enterprises of the GAZ group in Nizhny Novgorod. All-metal van Gazelle NEXT at a price of 1,140,000 rubles. Every month it demands about 20–30% less costs from its owners than competitors from Europe. According to the automaker, a similar result was achieved due to high localization and cost reduction for spare parts up to 2-3 times (this is especially noticeable for wear parts - gaskets, brake discs, etc.). Volumes of transported goods up to 13.5 cu. m also not cause complaints.

There is a "locomotive" of domestic low-tonnage cargo transportation and disadvantages. Despite the decline in the number of marriages at GAZ, the owners continue to regularly complain about the need for frequent visits to services. Moreover, complaints are recorded in almost the entire range of damage: from the need to adjust the doors to the failure of the gearbox. 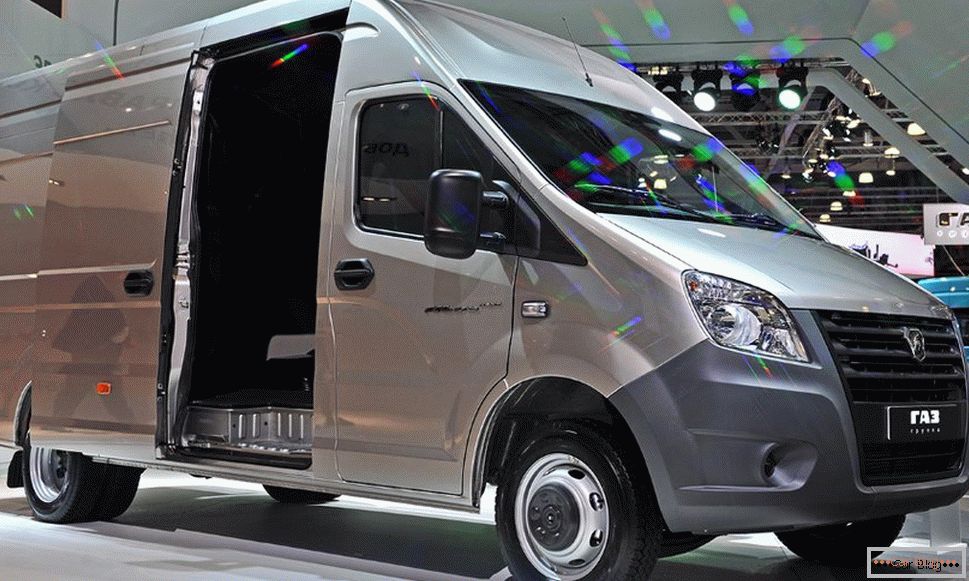 Leaders in cost per kilometer and the number of factory marriage

The most expensive equipment of the all-metal van will cost 1,280,000 rubles - a version with an average chassis, a Cummins diesel engine. All-metal Gazelles have an obvious drawback - this car is rapidly losing value over time. Its price in 4–5 years, when the car starts to “crumble”, will drop a much larger percentage of the initial cost than the competitors. Among the obvious advantages: 1,650 official parts stores and 220 sales centers in Russia and the CIS.

But among the cars the cheapest in operation was Ford Transit. Partly this was achieved, again, due to production in Russia - the car is going to Elabuga. Retail price of the version with an average base, front-wheel drive and a 2.2L TDi engine, 125 liters. pp., M6 begins with a mark of 1,730,000 rubles. At the same time, Ford offers potential buyers to take part in special programs that will provide a serious discount. Taking into account the disposal or Trade-in, the bonus for leasing and participation in state programs, the new van will be cheaper by 470 thousand. 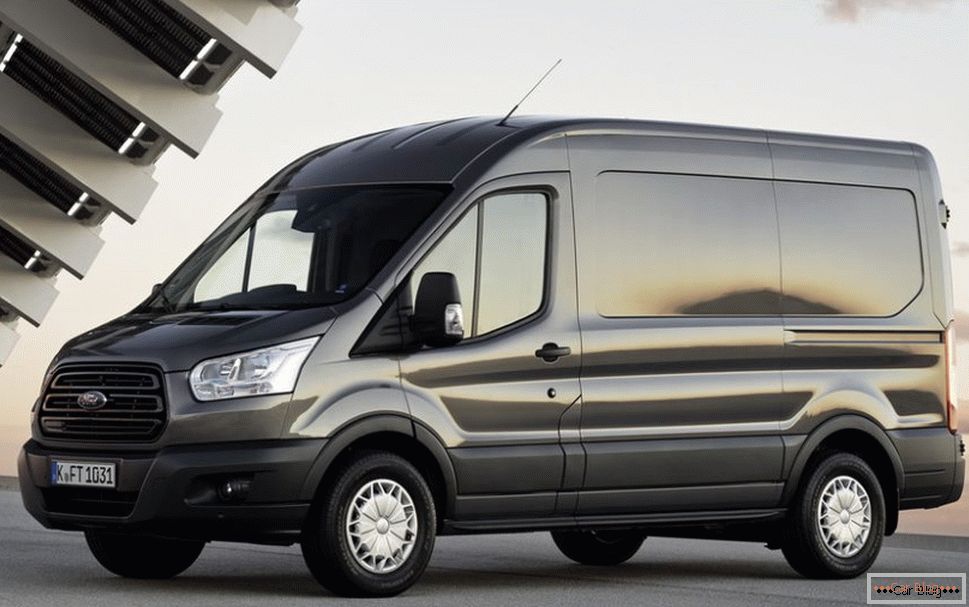 According to estimates, the cost of one month of using Transit costs the owner 46,732 rubles. This figure is obtained from the approximate cost of a kilometer of 14.0 rubles. At the same time, for three years of operation, an average of 100,000 rubles is spent on servicing official dealers — a very attractive result. Also, do not forget that the price of the van after three years of operation remains at a fairly high level. Much higher than that of a Russian competitor (a period of three years is taken at the rate of achieving a mileage of 100,000 km approximately in a given period of time). Another plus is the relatively low cost of spare parts, which, according to analysts, can be up to 1.5 times lower than other European models.

Also, the firm belief that this car is very reliable, formed at the beginning of the century, does not allow its ratings to fall.

The German premium brand is true to itself - according to statistics, this car loses the least in value when resale after three years of operation. At the same time, as of 2017, the automaker recommends a retail price without discounts at a level lower than that of its main rival Ford, for bundling 311 CDI (109 hp), the Germans ask for 1,605,000 rubles. True, even for the double rear door will have to pay 22,600 rubles. The automaker does not make any official proposals to reduce the retail price, but discounts are possible from dealers. 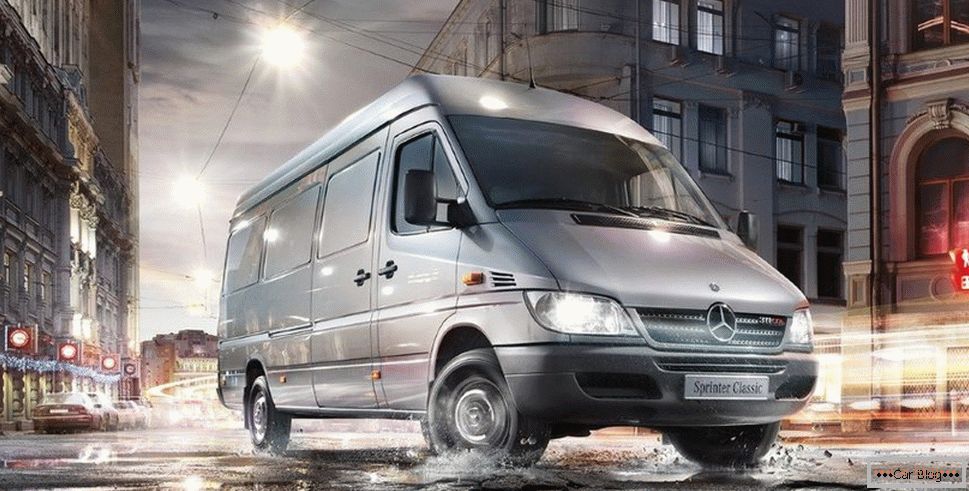 adom.ru The cost of the Mercedes-Benz Sprinter Classic almost does not fall after 3 years of operation

This model of the low-tonnage van “lowers” ​​only one moment to the third place in the rating - more expensive, compared to Ford, the price of operation. Here, the cost of 1 km of track rises to 14.7 rubles, and in a month the Mercedes Sprinter Classic requires already 49,092 rubles of expenses. In part, this cost is also formed from the more expensive service of the “official” - 236,000 versus 100,000. This is due to their belonging to the premium brand. By the way, Sprinter Classic is also collected in Russia, very close to GAZelle - production is localized in Nizhny Novgorod, at the enterprises of the GAZ group.

A French car, which, unlike the above models, is not produced in Russia, can be purchased at a base price of 1,599,000 rubles. This is a complete set of Jumper Fourgon 30 L1H1 2.2 HDi 130. Already in comparison with a car from GAZ, there are questions - the volume of the cargo compartment of the younger version is 8 cu. m, and the permissible mass of the payload - 635 kg. To achieve more, you will have to buy at least Jumper Fourgon 33 L2H2, which is 250,000 more expensive, but is able to take on board up to 980 kg of cargo with a volume of 11.5 cubic meters. m 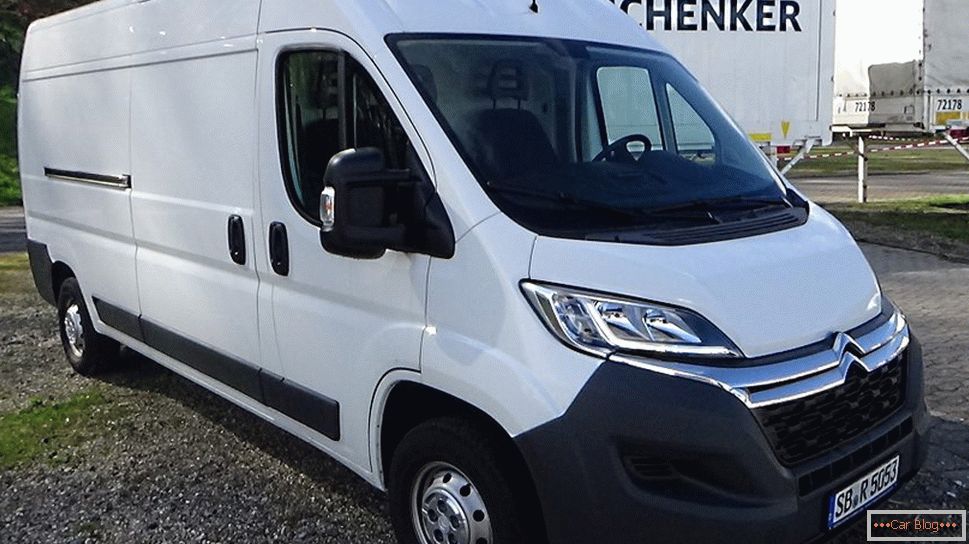 The cost of operation also does not allow to rise higher: each kilometer of run will cost 15.0 rubles, and monthly maintenance will be more expensive than Mercedes-Benz. In this case, the automaker offers to purchase a model at a price of 1,190,000 under the Trade-in program and on lease. However, the car has undoubted advantages - in spite of the fact that you cannot call it a “premium”, the comfort for the driver of the French cars will be the best in the class. Work on such transport brings only pleasure.

The above models are the best options for vans for transportation. If the first two are designed for those who pay attention, first of all, to the difference between income and expenses, the Sprinter and Jumper are the choice of car owners who care about the comfort of the driver and passenger.

The following models are more expensive to maintain. According to Avtostat, the rating will look like this: 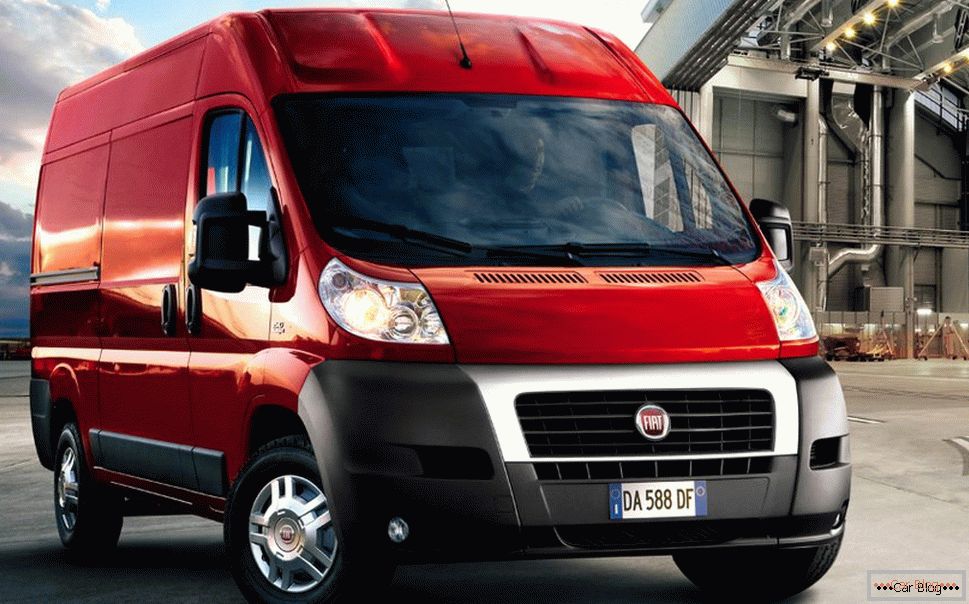 The cost of operating the Fiat Ducato -15.3 rubles / km

It should be noted that in many respects the cost of operation depends on the selected configuration. For example, the Citroen Jumper, already mentioned above, will cost its owner 53,529 rubles a month, if he chooses a more “pleasant” package bundle. This is a Jumper Fourgon 35 L3H3 2.2 HDi 130, the useful weight for which is 1,500 kg, and the volume of the cargo hold is 15.0 cu. m

Despite the fact that Peugeout and Citroen are in the PSA alliance, with which FIAT works in cooperation, the Ducato and Boxer commercial vans, to varying degrees, are nevertheless unique clones of the “Jumper” and will not be better.

The first part of our rating was based on the operating costs and the price of buying cars. If we talk about reliability, the situation will change somewhat. The first four will be located in the following order:

It is worth noting that the separation of 1 and 2 places is very controversial. The fact is that the company does not provide official statistics on the number of calls to car services, and everything else is based solely on the experience of the owners. Sometimes biased, because not everyone bought representatives of different brands. 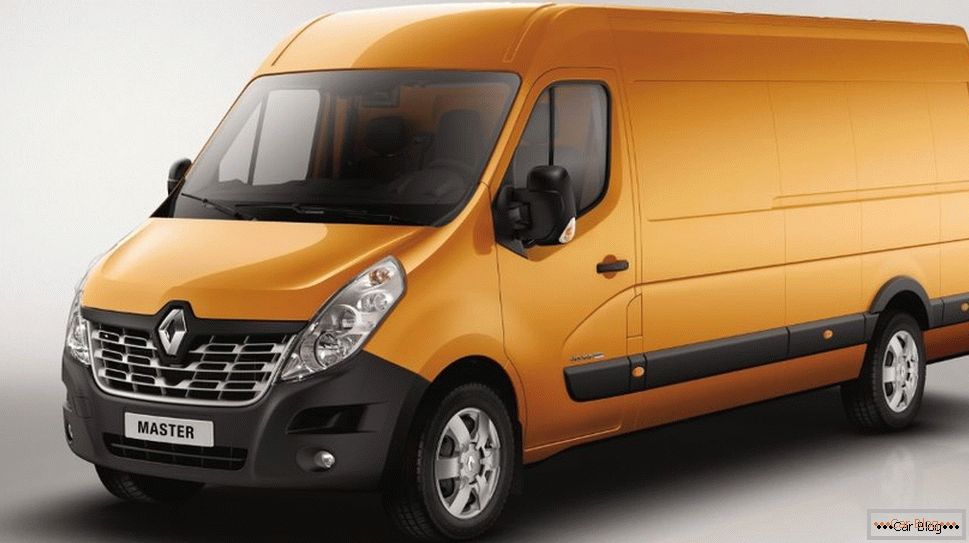 At first glance, the operation of the Jumper is more pleasant than the Transit - a car, especially with the 2.3 engine, torquey, maneuverable, more comfortable. However, which is traditional for the French, more expensive to maintain. But we are talking about what happens after the third year - the cost of replacing the suspension, gearbox components and the engine for Citroen will be more expensive. During the first years, until the car has run 100,000 km, the cars retain parity. The popularity of “Transits” is due in part to the success of the model in the past years, while the new Jumper models are not inferior to competitors in reliability. And not only by improving their own quality, but also “due to” reducing the service life of Ford cars.

Sprinter Classic on the third line makes fall, which is quite understandable, the Russian assembly, which uses domestic engines. The Yaroslavl power units are still inferior to their German counterparts (and the Russians have no belief in their reliability), and therefore the demand is falling.

The gazelle NEXT definitely breaks down more often. But there are a lot of factors, among which is the intensity of operation: these machines, as a rule, do not spare - overloading, repairing only in cases when the equipment is “not driving” ... The cost and the purpose of buying for a business is to earn maximum with a minimum of investments. In this case, the car will be repaired more often faster - all the necessary parts are always available, and any service will gladly help (unlike problems with the same Citroen). The choice of such a car for work will not allow matters to stand up - “resuscitation” is fast and inexpensive. And our cars are good with this, quite rightly occupying the leading position of the best commercial vans for the Russian reality. If you think that you should be differently distributed in the rating presented, share your opinion in the comments. After all, the real experience of operating a car can be the most useful advice. 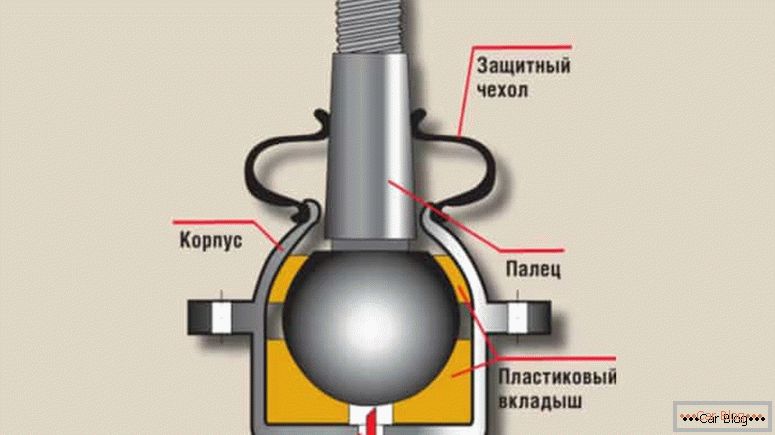 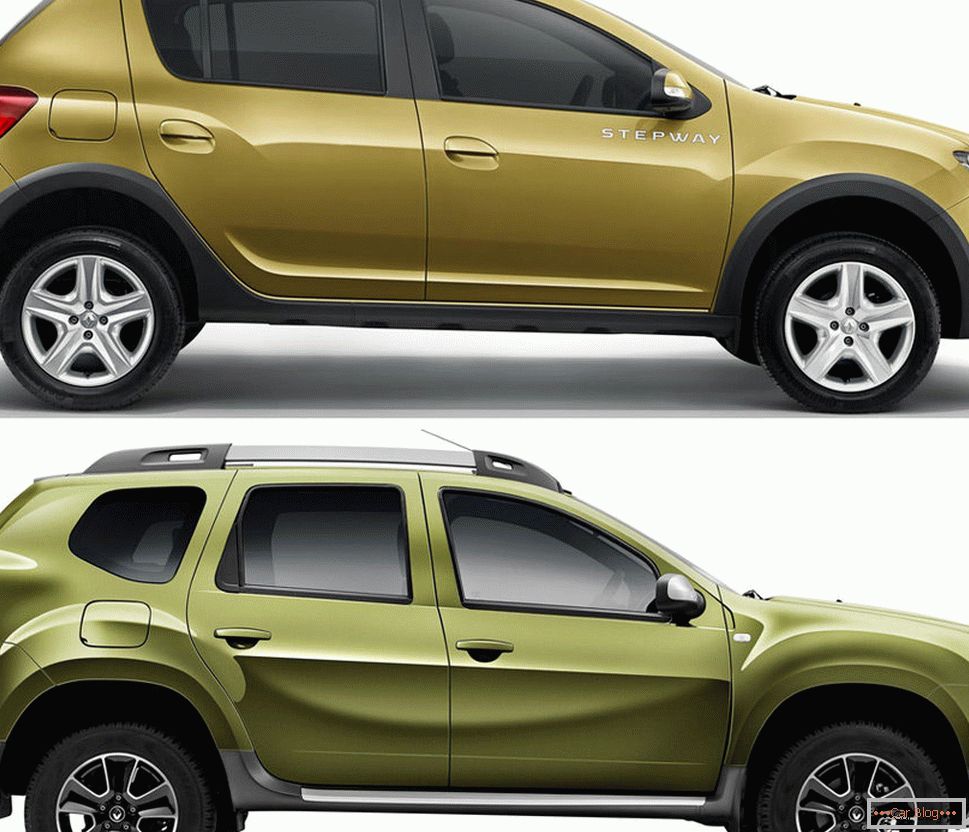 How to choose a car cooler?

Opel astra h with mileage in the secondary market, what to