Rating of the most reliable cars sold in russia

The acquisition of new cars in Russia is fraught with many difficulties. The future driver is well aware that without proper maintenance and repair costs, there is no way to do in the future. For this reason, you need to choose a high-quality and reliable means of transportation, the cost of repair of which will be significantly lower than the cost of an ordinary car, acquired "blindly."

What cars are considered reliable in Russia

What you need to pay attention when buying a new car?

Experts strongly recommend to buy in the showrooms of the country only those models that are highly reliable, and not be guided by the choice only in appearance and comfort. You need to buy only those cars that are in the top most reliable cars in Russia. Most automotive manufacturers put on the market a quality product that requires minimal warranty and post-warranty service.

Reliability rating of cars in Russia is based on the reviews of Russians, as well as the number of new cars sold over the past year in the territory of the Russian Federation. Motorists made their comments on the results of ownership of vehicles purchased in car dealers three years earlier. More than half of the respondents stated that they had not experienced serious technical problems during this period of time. Without exception, car owners argue that reliability is the main criterion when buying a car. 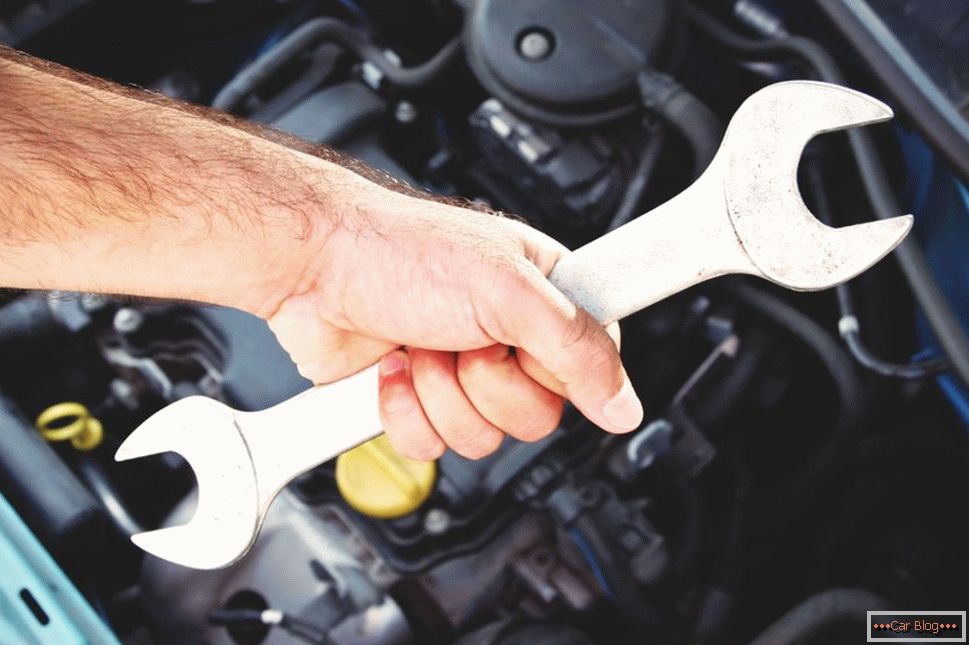 The ability to repair a car without changing parts is highly valued by car owners.

The main criteria for reliability:

Fault categories of cars for Russia

Automotive engineers have developed categories that assess the quality of the most reliable car. These criteria are used by almost all dealer service stations. 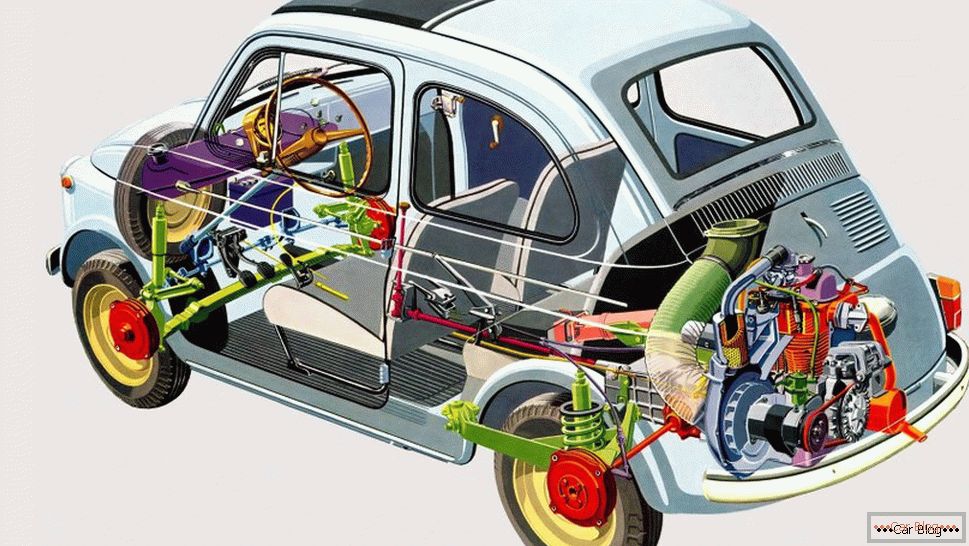 All failures are associated with the engine and electronics that accompany his work. Also here it is necessary to refer to the damage of the gearbox and clutch, gearbox, camshaft and engine cooling system. After detecting a breakdown, this part is repaired, and not completely replaced.

These include: characteristics of metal resistance to rust, body rigidity, sufficient ball of the vehicle’s protective coating and its properties, repair potential, obstacles to the formation of chips and scratches during operation. Plastic bumpers and other hinged parts made of plastic also fall into this category.

It is this part of the car’s mechanisms that can be said to be the most problematic, one might say, “Achilles Heel” cars, if we take into account the condition of Russian roads. Car running suffers most in the conditions of the roads of the Russian Federation. The main consumables for which a considerable part of finances is spent during operation: shock absorber struts, pads, bushings, silent blocks and various rubber gaskets, tie rods.

In this category, the quality of reliability of onboard systems, as well as comfort when moving, is assessed. Auxiliary electronics also sometimes likes to fail. Modern reliable machine in terms of mechanics, "oversaturated" with electronics. Various complex cruise control systems, air conditioning, multimedia system, heated seats, etc. All this together constitutes a sophisticated electronic system that can be serviced only by highly qualified specialists at official Russian dealer services.

Estimated number of airbag triggers in case of an accident. Take into account both the front and side Airbag in case of accidents on similar models of cars of the same brand.

Specialists working in the field of car service, choose the most reliable car of all available in a particular region of the world. Also, highly specialized specialists create accounting lists in which they bring up-to-date statistical information about: the market for the sale of a particular car model, the geographical location of customers, the class of the car, the year of manufacture, the configuration of the DVZ. This also includes statistical data on all breakdowns or malfunctions of the product of one or another auto manufacturer.

Next, a rating of cars on reliability in Russia.

Top 10 most reliable cars in Russia

We present a rating of 10 cars of various concerns that position themselves in the domestic automotive market as the most reliable. Products of these brands are ideal for driving on the roads of Russia and are designed to operate in our climatic conditions. 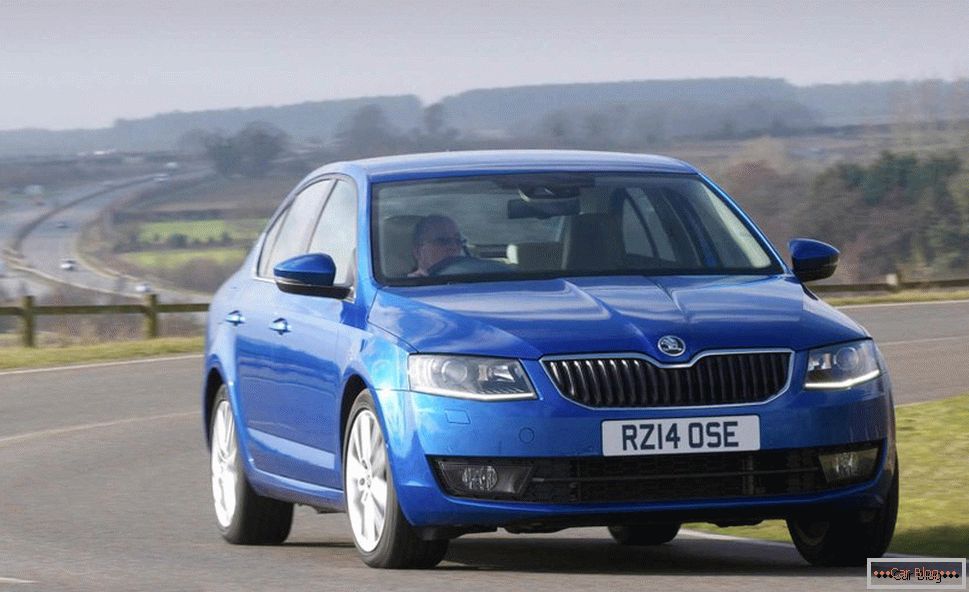 adom.ru Skoda cars have a minimal amount of damage.

Cars of the Czech manufacturer Skoda are in the top of the best and most technologically advanced cars, which are affordable for an ordinary buyer. Machines have a minimum number of malfunctions (77 breakdowns per 100 product samples). Concern Skoda was established in 1925. After the conclusion of a partnership agreement with Volkswagen, things went smoothly for him.

Especially popular in our market is the most popular model Skoda Octavia - a spacious sedan, available in a station wagon. Not all products are yet available to the domestic buyer. Great prospects predict a completely new model of a spacious 4 × 4 Skoda Kodiaq, which, according to unconfirmed information, is planned to be assembled in Russia.

The model range of Skoda corporation is characterized by an optimal ratio of price and quality, as well as adaptation to any operating conditions. 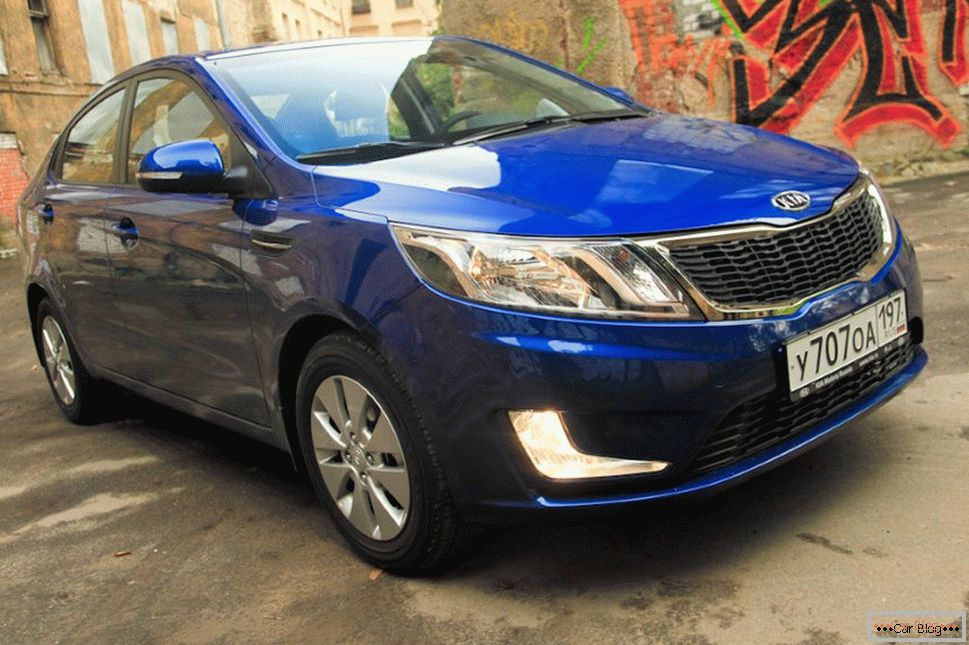 KIA cars ranked 2nd in the number of breakdowns

The Korean manufacturer was ranked second in the auto rating. The breakdown rate is 83 damage per 100 pcs. The automobile concern brought a large number of models to the domestic market. Both the small and economical Rio, the spacious KIA Optima sedan, and the four-wheel drive SUV “Sorento” are available to the buyer.

Due to the excellent value for money and build quality, the KIA Rio model created a sensation in the Russian market for new small-capacity cars. It ranks fifth in total sales in the Russian Federation.

The company began its activities in the Korean city of Seoul with bicycles. Founded in 1944. Five years of experience in using our own developments have allowed us to start producing scooters so popular in this country. Only in 1977, after acquiring a controlling stake in Hyundai, did KIA get a second wind and start large-scale production of passenger cars. 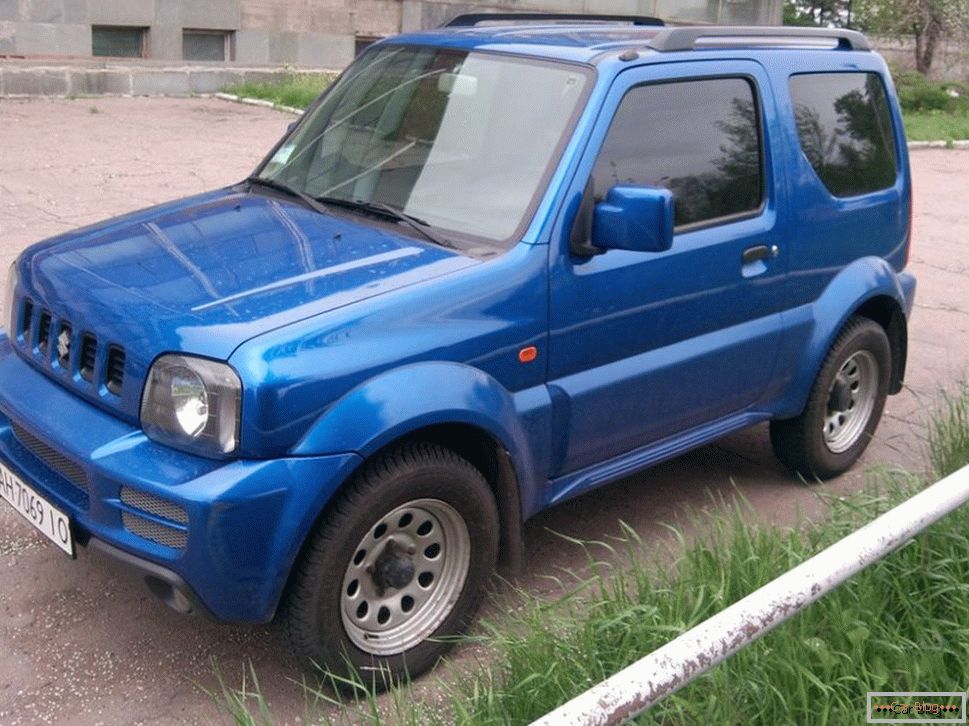 Suzuki cars are not particularly common in Russia, despite their reliability.

Cars of the Japanese production giant Suzuki did not receive special recognition in Russia. However, indicators of the frequency of breakdowns, which make up 82 breakdowns per 100 cars, bring the manufacturer to the third place in the rating. A small crossover Jimmy has excellent driving performance to overcome the easy and middle off-road. For its reliability, it is highly popular with fans of the Suzuki brand.

The company has been around for almost 100 years. In 2020, he will celebrate his anniversary. The company began with the production of motorcycles. Expansion of production is the main goal of the Japanese company management.

Nissan is another representative of the Japanese auto industry. With an indicator of problems - 87 per 100 cars, goes to 4 position in the rating. The brand has been around for 90 years. During this period, production has undergone many changes. Technical equipment on the Russian market is characterized by high performance and comfort.

The line of models is presented in the domestic market, totals some tens models and their modifications. This brand has received special popularity in the regions of the Russian Federation adjacent across the sea to the shores of Japan (Siberia and the Far East). 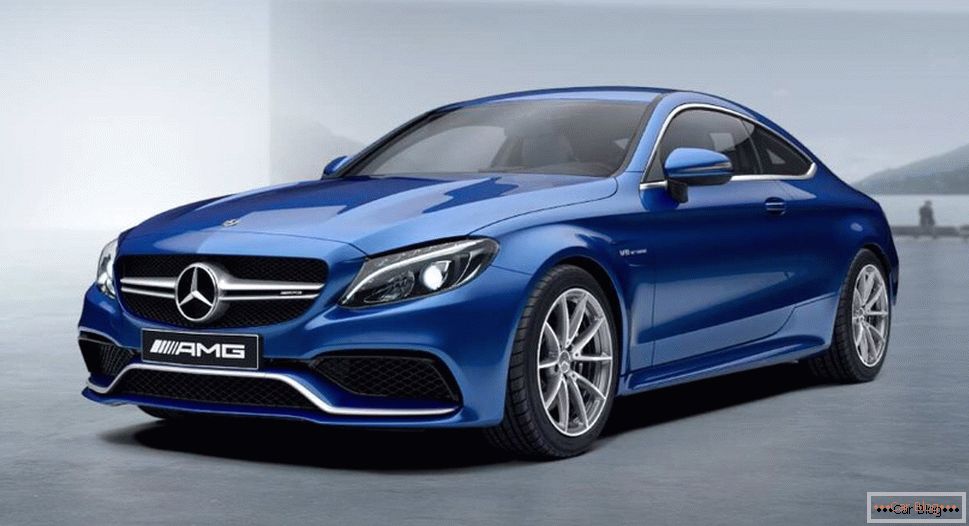 The German premium car brand with a rich history has gained immense popularity in the Russian market after the sale of the legendary Mercedes 600. German cars are usually famous for their quality and reliability, however, is it really so? Big cost does not always mean quality.

Models of the Mercedes brand break down on average in 87 cases per 100 cars. For this reason, the concern receives an average place in the rating. 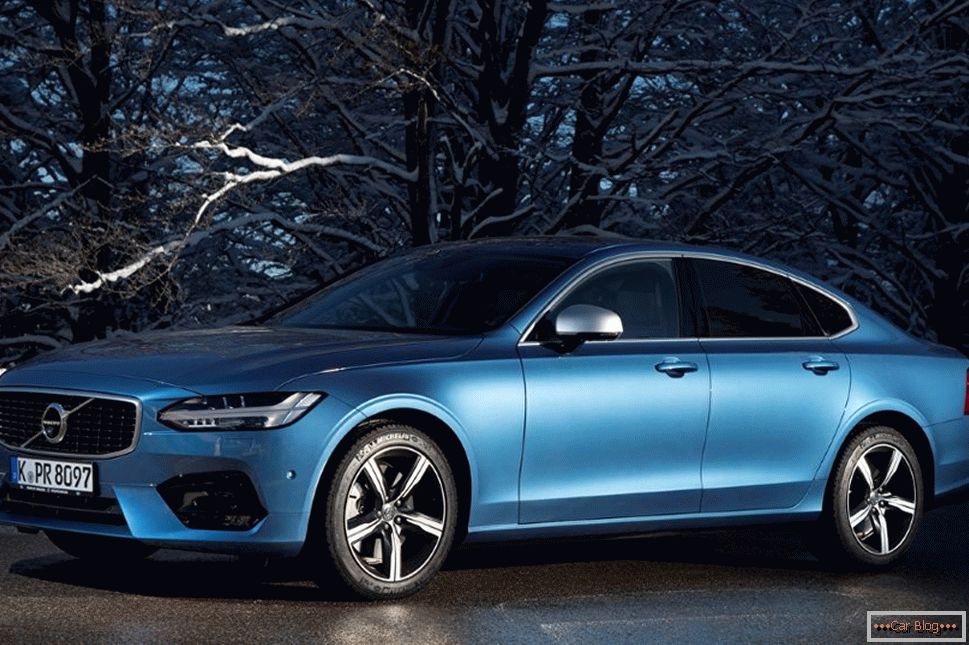 The Swedish company Volvo is in demand through the ability to make really high-quality, comfortable, and, most importantly, safe cars. Brand products received 93 problems per 100 copies. We can say that the Volvo brand specializes in the creation of new security systems and the application of these technologies on their models. In the entire history of the engineers of the Swedish manufacturing giant created a three-point fastening of seat belts, and also developed a body stiffness beam (for additional protection of passengers during serious accidents).

Cars produced in the Swedish factory under the emblem of Volvo, are considered the safest in the world. Together with good reliability indicators, this car brand is worthy of attention and the money that must be paid for a safe car. 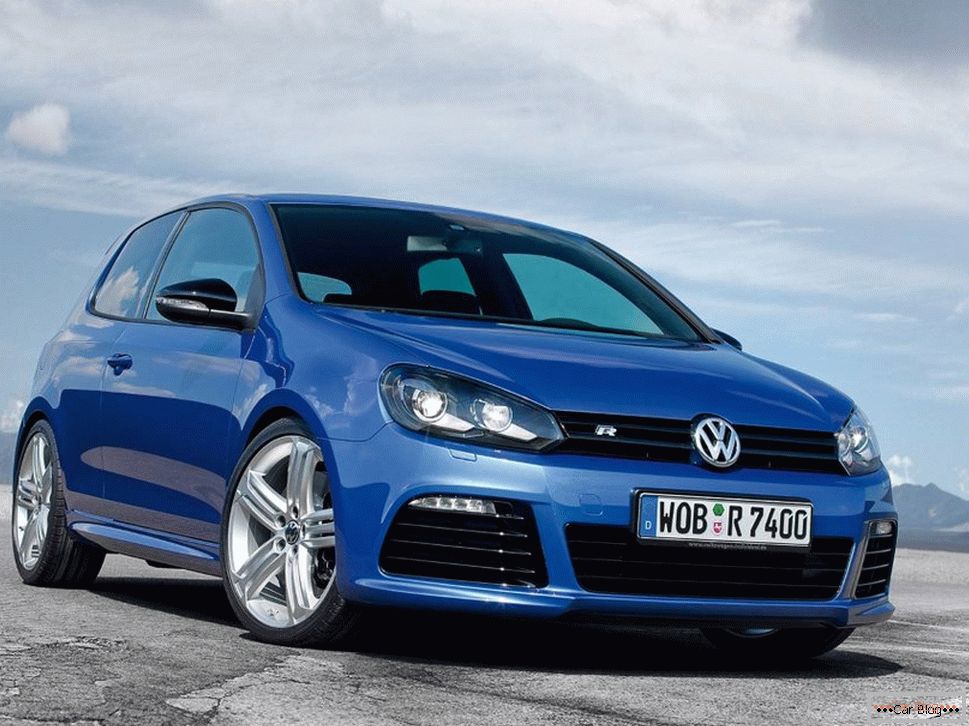 Despite the great demand, these cars take the 7th place in the rating by the number of breakdowns

The seventh position of our ranking is occupied by the German giant - Volkswagen concern. The history of the brand began in the distant 1935. Three years after the creation of the first car model, construction began on one of the largest automobile plants under the Volswagen brand, which today is the largest vehicle manufacturing plant in Europe. Automotive brand actively cooperates with the brands Bentley, Skoda, SEAT and Lamborghini. Recently, bought the brand Audi.

A diverse range of Volswagen received 95 problems per 100 cars. Auto giant ranks seventh in the ranking. The brand is very much in demand by the Russian buyer. 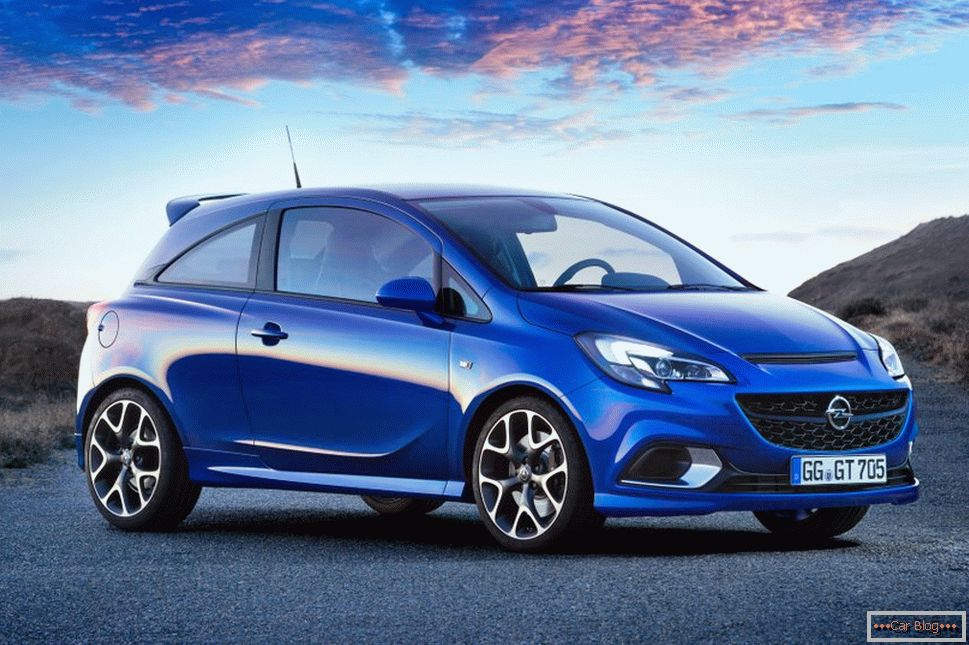 Opel is on the 8th place in the number of breakdowns

Opel is one of the most ancient European car brands. The history of the brand began with the production of sewing machines, bicycles, and then cars. During the Second World War, the Germans took the company under their jurisdiction. Cars of this brand are in demand in the United States. The reliability index is 98 breakdowns per 100 copies, which takes the concern to the eighth step of our rating. 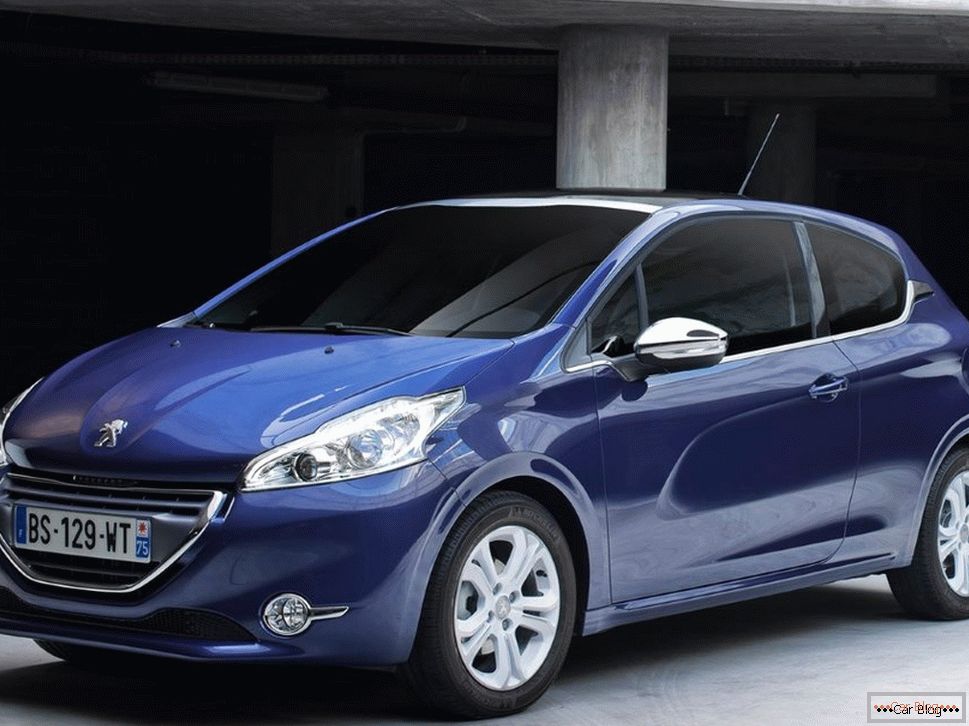 Peugeot cars have a lot of damage

The French concern "Peugeot" produces cars of various classes and price categories. The history of the company began back in 1891. To date, the technical means produced by the company receive an average of 99 breakdowns per 100 copies. 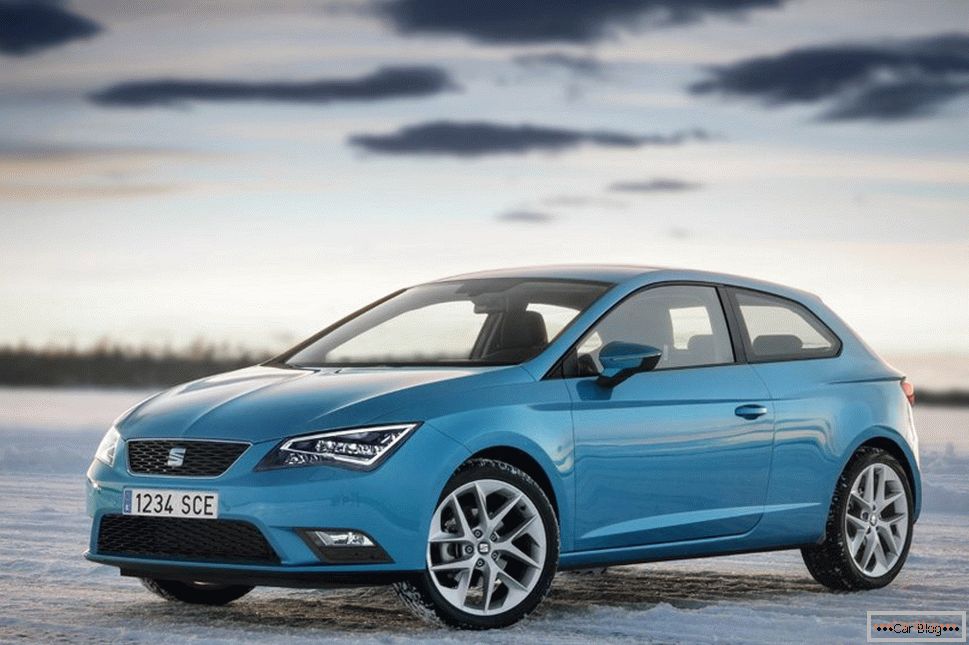 Little known in the Russian automotive market, the company SEAT received the last place in the rating of reliable cars available on the territory of the Russian Federation. The brand was founded in Spain in 1950. Currently, it is one of the divisions of Volkswagen Corporation. The average defect rate is 99 out of 100.

Car reliability rating should not be taken literally. You should also pay tribute to the appearance, equipment, as well as convenience in everyday use, because only you and no one else to drive the car you purchased. By purchasing a car of the highest quality, the car owner receives a guarantee of saving money and time throughout the entire period of operation of the car. 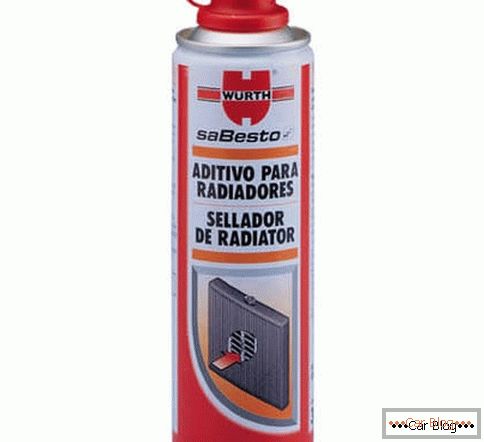 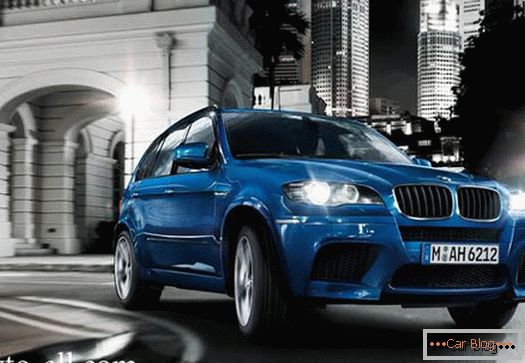 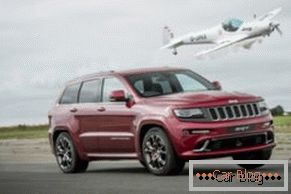 How to check the car to ban registration actions