American cars Dodge Stratus and Chrysler Sebringwhich have a lot of things in common, because they are of the same series, and were produced from 2001 to 2007. At first, they were brought to Russia first-hand, and later they started selling these cars officially, but they didn’t use their particular popularity. For the entire sales period, dealers were able to sell less than 500 cars of this series. These cars in America are very cheap, but how reliable they are now we will find out. Even Volga Siber licked from these cars, but for a long time it was not let out. 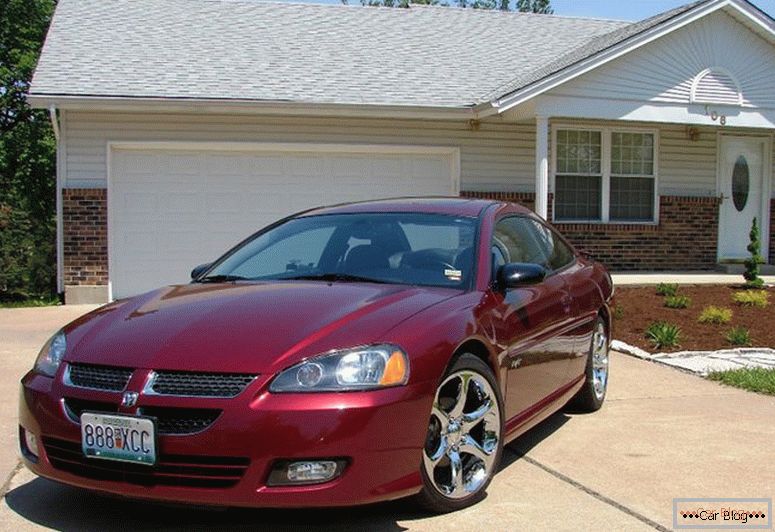 In America, the price of these cars fell pretty quickly - for a 3-year-old Sebring they asked for $ 4,000, and Ford Focus was the same price for those same years. In Russia, the Sebrings and Stratuses sold for $ 16,000, but this did not prevent them from being cheaper than cars such as the Opel Vectra and Mazda 6.

In America, the Dodge Stratus is considered to be an inexpensive car with a sporty character. There are models that have manual windows, no ABS and headrests on the rear seats. But Stratus has stiffer shock absorbers installed than at Sebring. 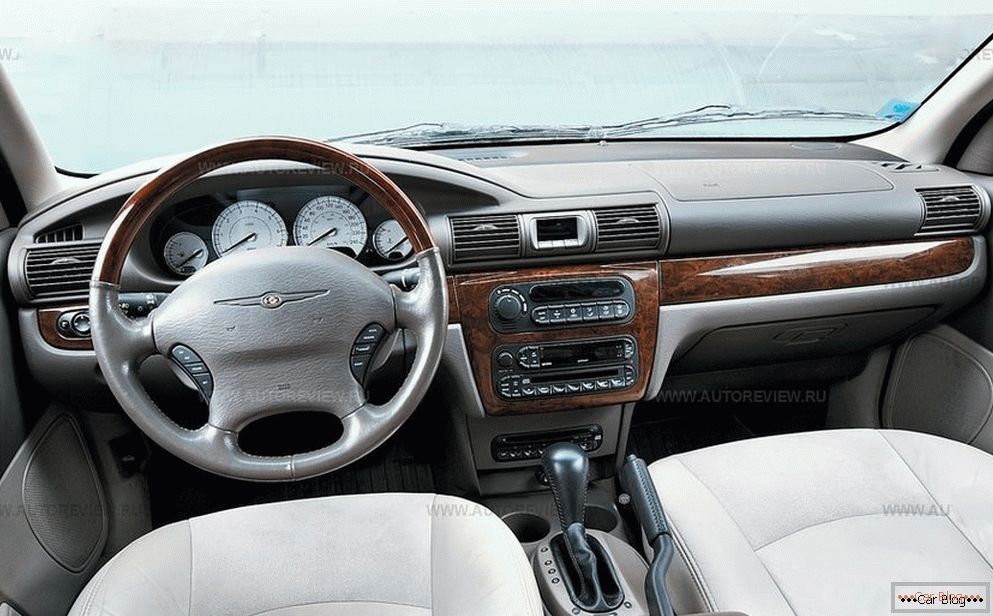 This motor is considered to be trouble-free, although it is better not to overheat it, because it very quickly pierces the cylinder head gasket. But the timing belt, tensioner pulley and water pump must be changed every 150,000 km. But ahead of time, the belt is not torn, and if it breaks, the valve does not bend. But GAZ engineers, in order not to risk it, indicated that the belt needs to be changed every 75,000 km.

Without a chain in the motor has not done, it is used to bring the balance shafts. But after 80,000 km. it becomes weaker, so the engine will have a slight noise, like a diesel engine. After some time, this chain may cause its leading asterisk to crack or the chain breaks altogether. It is possible to adjust the tension of the chain manually, for this it is necessary to remove the engine crankcase. Such work is quite laborious, so it will cost $ 120.

Recommended article: Mini Cooper on the secondary market is not very much? - Why? 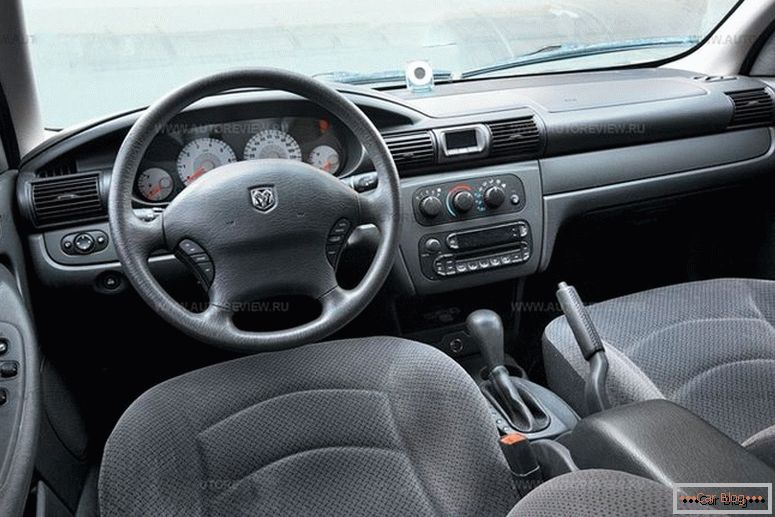 There may be unstable idle speeds or during acceleration there will be a twitch, which means that it’s time to clean the idle speed regulator, and to avoid twitching, you just need to change the exhaust gas recirculation valve. As for the fuel injectors, they serve about 150,000 km. Their life can be increased by periodically changing the fuel filter, which is located in the fuel pump.

There are also engines with a volume of 2.7 liters, V-shaped 6-cylinder, these engines are more sensitive to the quality of the oil, if you do not change the oil in time, then the engines very quickly slag up, and the oil begins to flow through narrow channels This leads to the fact that the motors fail after 80,000 km. 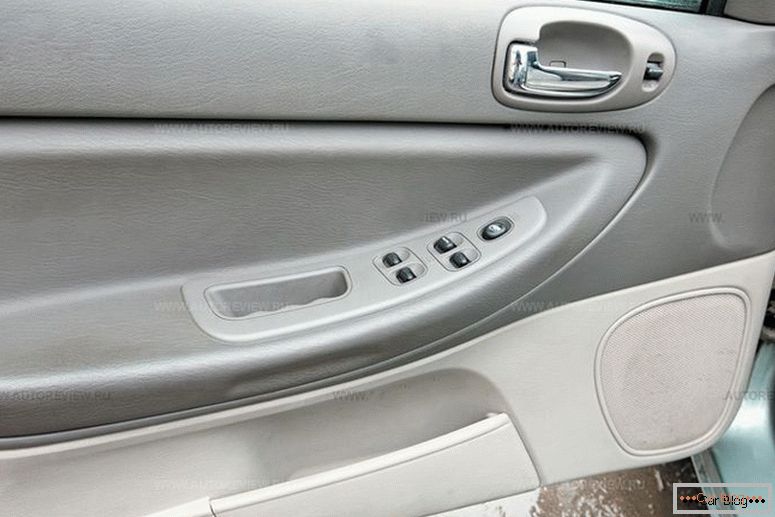 In cars produced after 2003, the crankcase ventilation system changed, but the oil lines did not become wider. So, in order for the engine to last longer - it is necessary to fill in synthetic oils, then the channels will not be clogged and the hydraulic tensioner of the timing chain will last longer. Another feature of these motors is such a situation that the cooling system pump does not serve for a particularly long time and after a while begins to leak, but it is located under the casing of the camshaft drive chain. 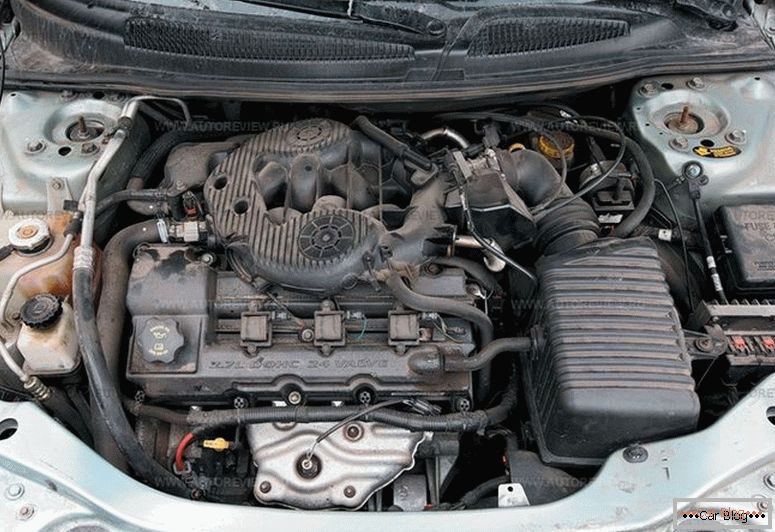 And when the coolant begins to flow, it will fill the engine crankcase. Further, there are 2 possible options - either the motor will boil, or it will jam. In general, this pump lives about 100,000 km. To change it, you need to remove the circuit, and this is a laborious process, and such work is expensive - $ 300. 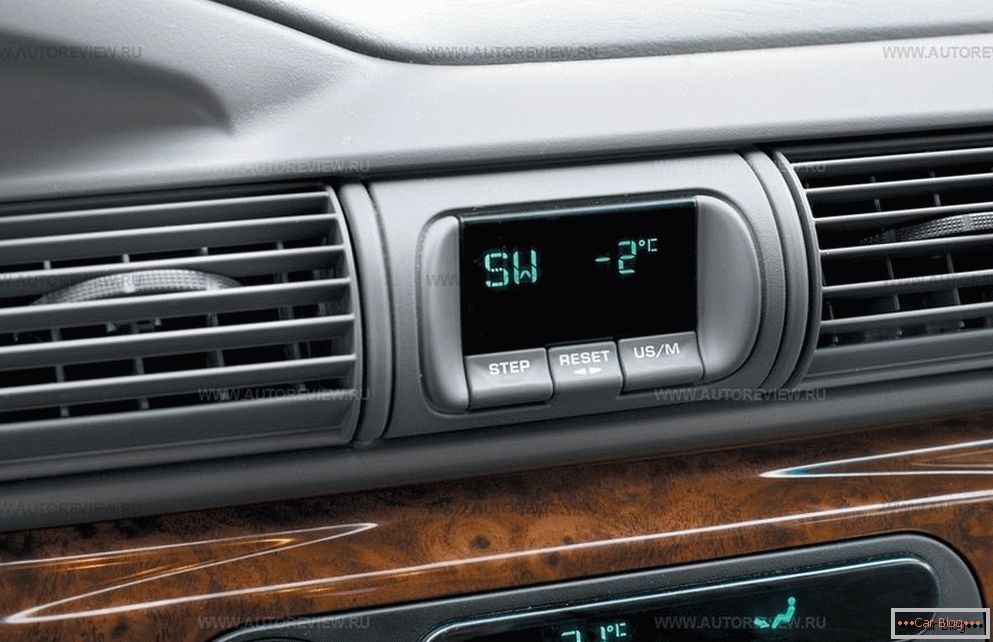 Transmission here - 5-speed manual, which is considered reliable, but in most cases, here in these cars is installed automatic transmission. The 4-speed automatic has been tested by time, it has an adaptive electronic control unit that allows the box to serve at least 250000 km., The motor also serves about the same. 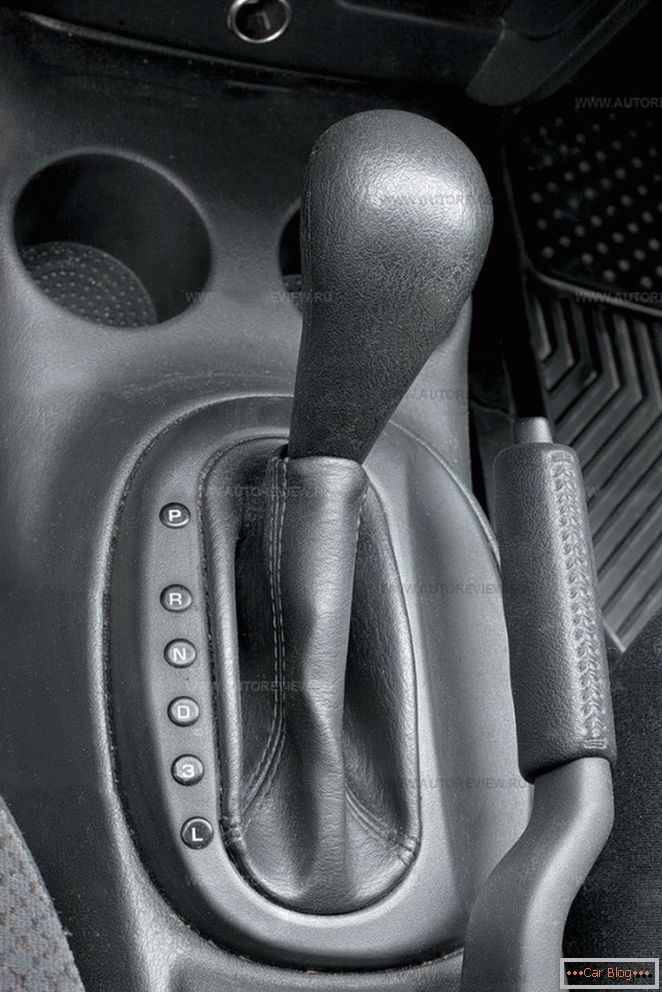 Transmission oil (Mopar ATF + 4) must be changed regularly, it is suitable for gearboxes and power steering. For the American version, it is recommended to change the oil every 100,000 km., And for the European version - once every 75,000 km. As for the Volga Cyber, then it needs to change its transmission every 45,000 km.

If you suddenly notice jerks when the selector is switched or the car shakes when it stands still in the “drive” mode, then you do not need to sound the alarm, because all these phenomena were originally. And if suddenly the gearbox becomes faulty, then it will go into emergency mode and will work only in 2nd gear. In emergency mode, the box switches when the shaft speed sensors break, or one of the shift solenoids hangs. To correct the situation, it is necessary to change the block of solenoids completely, it will pull about $ 250 along with the work. The Siberian Volga has the same automatic transmission, only it still has a function that forcibly changes gears. 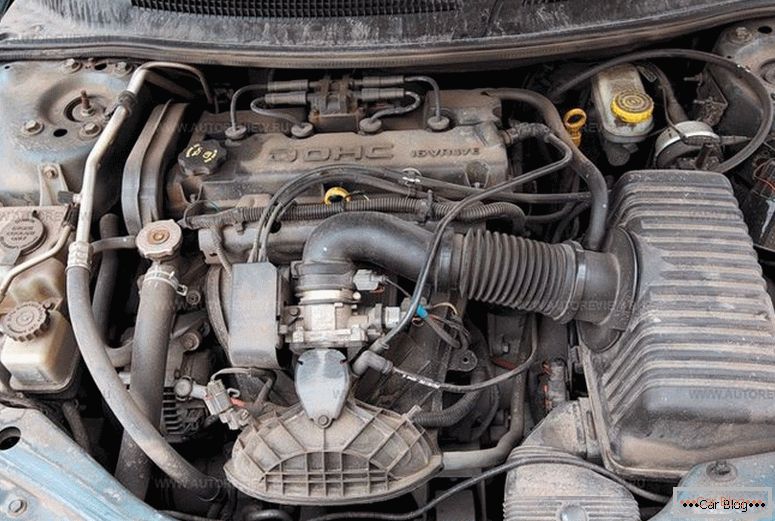 In such a box, it happens that the electronic control unit starts to fail, which costs $ 370. The electrics of the Stratus and Sebring are not particularly reliable, the first thing that fails is the power windows, the gasoline pump and the gasoline level sensor. New original fuel pump costs a lot of money - 430 dollars. There is good news - you can read error codes from the engine management system without using a tester - if you turn on the ignition 3 times, the error codes will be displayed on the odometer. 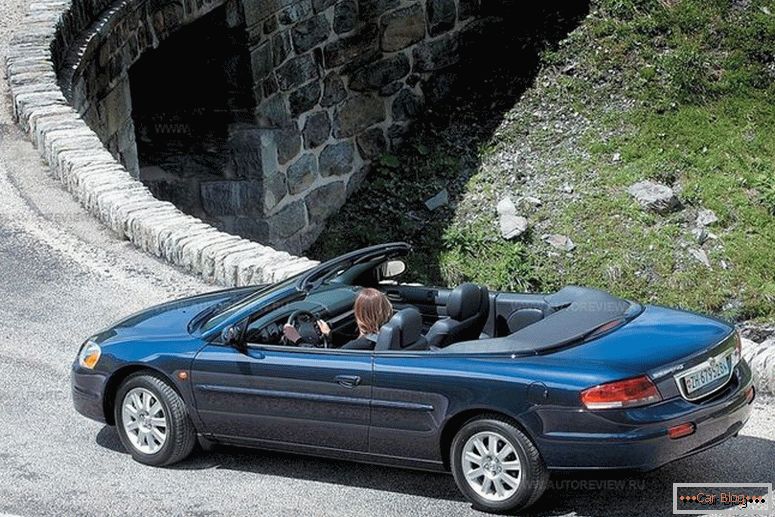 Over the ruble Sebring and Stratus, you feel that the car is American, while it is swaying the car, but Volga Cyber ​​is tougher. There is a double-lever suspension in front, and a multi-link at the back. American suspensions require repair after 50,000 km. And it is necessary to change not only the bushings and the stabilizer bar, but also the lower ball bearing on the front suspension, which should be bought complete with a lever - it will cost $ 280. A ball bearing on the upper front arm is removable, and lasts much longer, just like the exact same ball bearing on the rear suspension.

Usually after 100,000 km. it is time to seriously repair the suspension, usually on this run you need to change the shock absorbers, silent blocks, brake discs and steering tips. It is not necessary to buy original spare parts, there are many high-quality spare parts, which are produced by other parts manufacturers. Prices for these parts can be several times lower than the original ones, but they should be ordered and waited for quite a long time.

With regard to corrosion resistance, the body of Chrysler pushes it well, rust can begin to appear only on 8 summer specimens. As a rule, rust appears first on the bottom of the doors and on the rear arches. But much earlier, due to road chemistry, a radiator may fail or wiring problems may appear.

Recommended article: The impressive size and specifications of the Ford F650 are simply amazing. 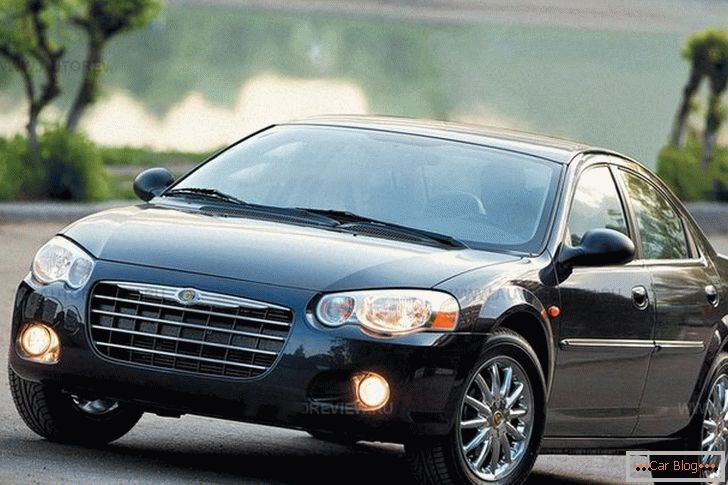 In general, cars Dodge Stratus and Chrysler Sebring can not be called super-reliable cars, but they are worth the money. Therefore, the Volga Cyber ​​is also not particularly reliable, and Cyber ​​has not been released for a long time, so there’s no point in talking about them anyway, although there are several worthwhile copies on the market. When Volga Siber was produced, it was not very expensive - about $ 14,000 for a new car, and Doji and Chrysler with a 3-year-old cost about $ 16,000.

Automatic 4-speed gearbox slightly slows down, and there are jolts when changing gears. Motor power is enough to confidently and quietly ride around the city and on country roads, enough torque to feel confident on the road.

And for those who want to drive more quickly, there is an opportunity to use sequential mode on the automatic box. But anyway, this box thinks for quite a long time, and when the motor spins up to maximum speed, the box itself shifts gears to a higher one, that is, the system ensures that the motor does not burn.

On the road, the car feels good, the road clearly holds, at speed especially, on sharp turns confidently keeps the arc. The only thing that worsens the sensation of driving is through the soft suspension soft suspension, thanks to which the car starts to swing when it hits a more or less serious hole. And when the car starts to accelerate sharply, the front end is seriously raised, and the back side - on the contrary, goes down. And accordingly, when the car starts to slow down, it nods. But such a suspension also has advantages - it swallows up various minor irregularities on the road - joints and paving stones.

And then a video test drive Dodge Stratus in the coupe with a 2.4 engine: 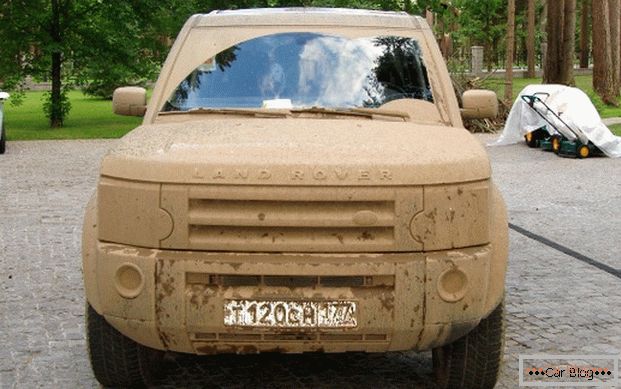 How often do you need to wash the car 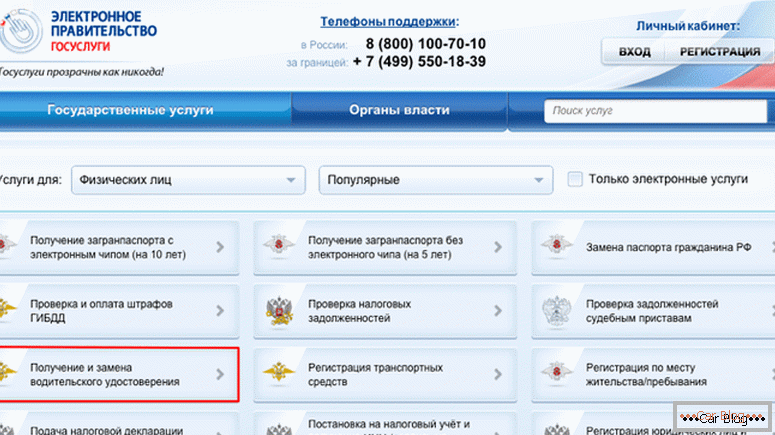