Today, only a few cars of the Russian manufacturer are in demand and popularity among motorists. Among this number of representatives of the Russian car industry can be identified UAZ Patriot - a full-fledged SUV, which is designed to travel over difficult rough terrain. 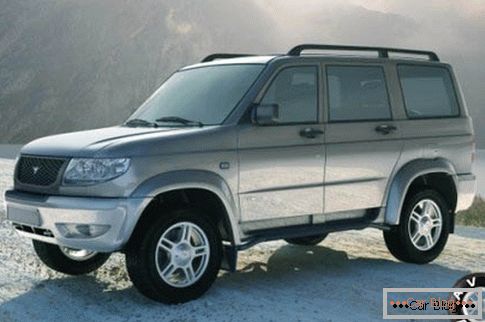 It is worth noting that the designers of this car also hoped that SUV buyers would use it for driving on city roads, which affected the engine characteristics: the fuel consumption of the UAZ Patriot is a separate topic.

What to expect from the updated Russian UAZ Patriot SUV?

The presentation of the updated UAZ Patriot took place in August of this year at the Ulyanovsk Automobile Plant. The solemn ceremony was opened by the General Director of JSC "UAZ". It is worth noting that the discovery was timed to three significant events:

2. At the time of the exhibition opening, 100,000 copies of this SUV went off the assembly line and were sold.

3. The first SUV, which belongs to the 2014 model range, rolled off the assembly line. 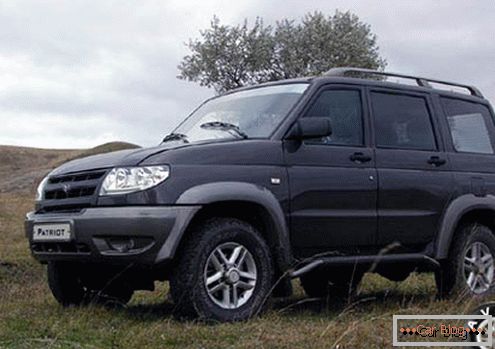 During the presentation, representatives of the company answered many questions from journalists and invited guests: how the car’s behavior within the city limits changed, it became easier, whether the fuel consumption of the UAZ Patriot 2013 differs from the model range of 2014, how the car interior changed.

The General Director of the Ulyanovsk Automobile Plant spoke about the changes in the new model line relative to the previous one:

1. An absolutely new dashboard and center console appeared - perhaps the most significant change in the interior of the cabin, which many have been waiting for. 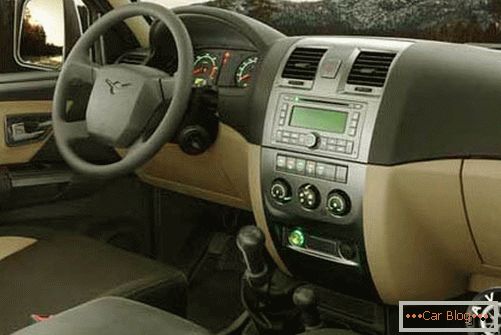 It is worth noting that the Russian automaker in this regard is far ahead of many foreign automakers - with the release of the new model range, not many car manufacturers want to make such drastic changes, and, in fact, acquiring a new model, the buyer gets almost the same old version.

The new instrument panel is made at a high level of quality, and the appearance of the design is very interesting and attractive, modern.

2. The design of door trim has been updated.

3. Installed a new transfer case that best copes with downshifts. It is worth noting that, despite the increase in traction force, which is comparable when using a diesel engine, the UAZ Patriot 2104, whose fuel consumption did not increase due to innovations, began to work better under conditions of increased load. 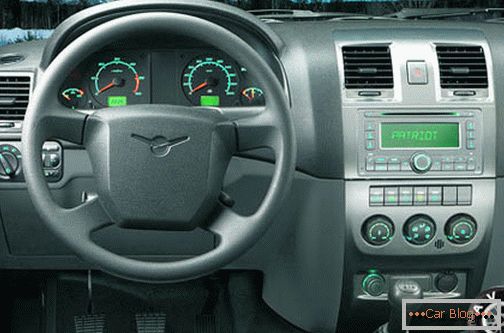 4. The interior design of the car has become much more interesting and more comfortable both in daytime and at night.

5. A separate discussion concerns the air supply and climate control systems. It has been completely redone and improved.

6. In the car appeared heated rear seats, which is expressed by the presence behind the special control unit for this function.

7. Installed a new clutch. It is worth noting that on the previous version of the car at idle, there was noise and creaking. After installing the new clutch, this problem has been fixed. 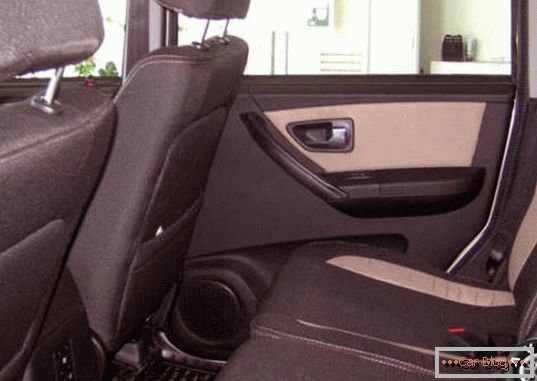 8. A control unit appeared to monitor the air supply system from the climate control unit.

9. Boxing between the seats has become much higher and can serve as an armrest.

11. The previous version of the UAZ Patriot, whose fuel consumption (gasoline) was too high, has undergone serious changes in this regard. Thanks to the modernization of the onboard computer, the new Patriot has become not only more economical, but also much more convenient in terms of management.

The remaining positive qualities of the previous version of this car have become unchanged: the body undergoes thorough processing, which involves the use of primer, paint and varnish. At the same time, standard European norms were adopted in the painting shop, which stipulate sterility and purity. 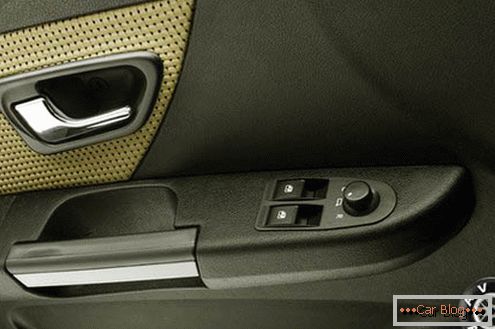 UAZ Patriot, the real fuel consumption of which depends on the complexity of the chosen path, has become really better. An important fact is that the manufacturers of this car paid attention to the details of the assembly: the smoothness of keystrokes, the accuracy of assembly and the quality of the materials used during the interior trim, the fuel consumption rate of the UAZ Patriot, depending on the driving cycle and engine installed, has an average of 10 liters per 100 kilometers. Of course, this is more than the VAZ 2109 (tuning), but on the UAZ it is more comfortable to ride than on the nine.

It is worth noting that the manufacturers of this car have laid out detailed information about the fuel consumption of the UAZ Patriot pickup:

1. During the winter period on the territory of the South and Central part of Russia up to 10.6 liters per 100 kilometers traveled in the combined cycle. 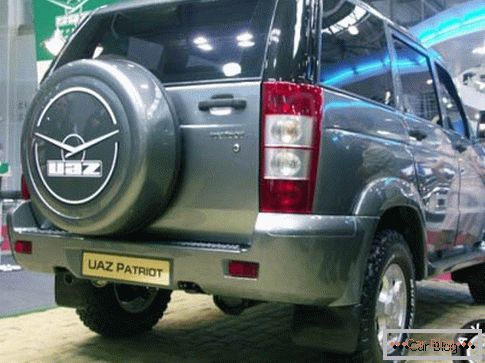 The most frequently asked question that concerns the UAZ Patriot: what is the fuel consumption in the city? The answer to this question was also given in several categories:

1. In a city with a population of over 3 million people, an indicator of 11.8 liters per 100 kilometers traveled.

2. In a city with a population of up to 1 million people 10.9 liters per 100 kilometers traveled.

We can say that the car has good chances to become not only a popular off-road vehicle for rough terrain, but also a comfortable car for driving within the city. And if you also make easy tuning for this car with your own hands, you’ll get just a beast that can do every foreign car. 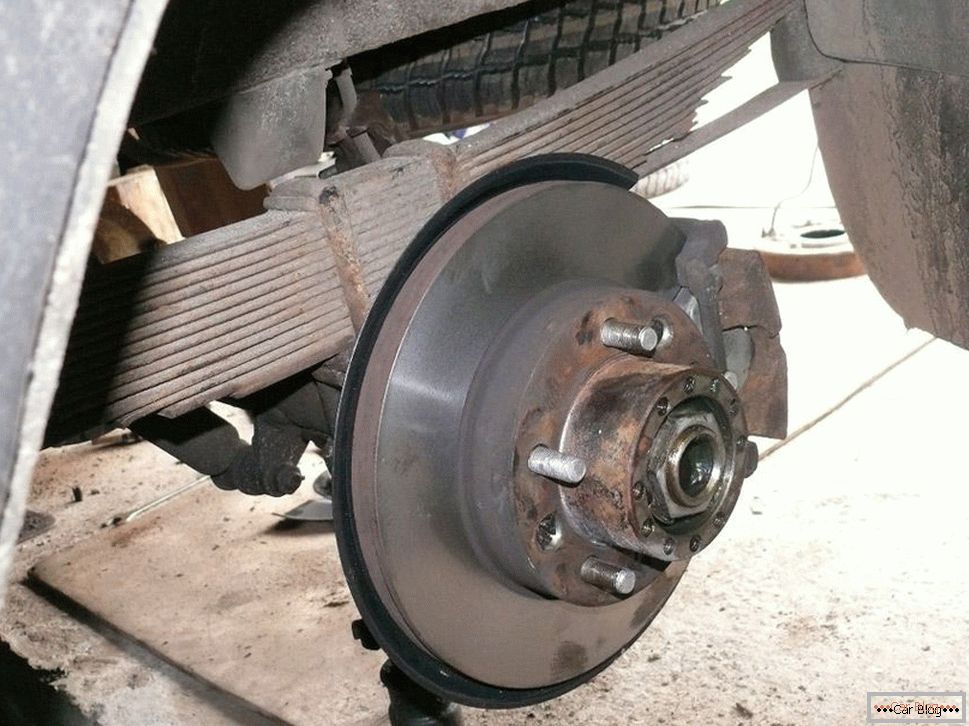 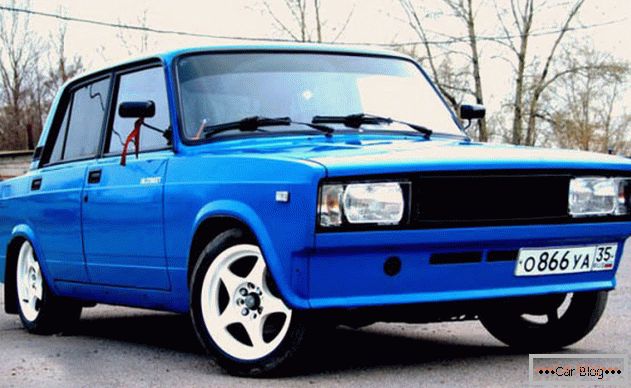 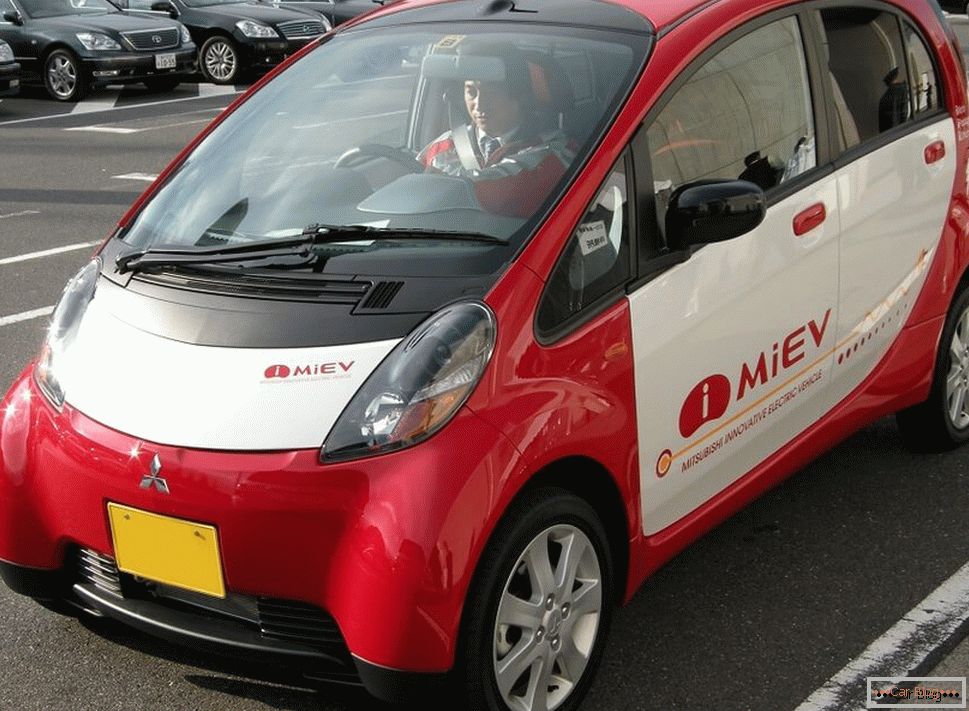 The principle of operation of the throttle and its