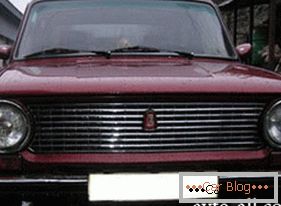 This story began about tuning a penny with the simplest restoration of a car. First of all, a kopek (VAZ 2101) was repainted with the color of night fire, then installed serious discs and equipped the device with power steering. Already after such transformations, this penny was born again, it became much more beautiful, yet you still need to equip it with a new heart.

With all the beauty of the updated car, of course, I wanted it to float like a bird, this is just what the VAZs lack, for example, the VAZ 2114 should also be tuned. But everyone knows that the aerodynamics of a penny, to put it mildly, is not the most impressive, as well as that of the VAZ 2109, but at that moment the Enzo Ferrari quote came up, which said that aerodynamics is for those who cannot design powerful engines. 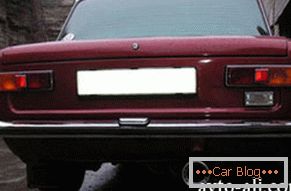 Therefore, the conclusion asked for itself - it is necessary to put a serious engine in this penny. Said - done, now under the hood of a penny worked 3-liter engine. For a while, the engine was chosen among several options: from Audi, Ford’s and Mitsubishi. But they chose the three-liter V6 engine from Mitsubishi.

Such a unit was installed on those days in a Pajero jeep, a fast Sigma and a powerful 3000 GT. The creators didn’t have a special desire to make a racing car out of a dime, but there was a strong desire to build a car that, with its original appearance, could compete at high speeds and give heat to foreign cars. 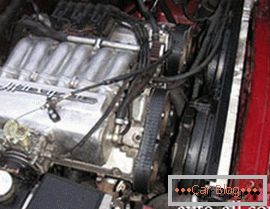 With all its uniqueness and agility, on this unit it is almost impossible to ride during rain and snow, because it carries it even with the slightest pressing of the gas pedal while turning. Although, of course, if desired, you can adapt. Such are the disadvantages of tuning VAZ 2101. What can not be said about the VAZ 2106 and VAZ 2107 and their tuning.

I had to go to Riga for the engine, so this penny has a hot Latvian heart. By the way, the motor waited about 2 weeks. As soon as the engine was delivered, they immediately began work and for the past 2 months the car was assembled almost around the clock.

Recommended article: Tuning a Porsche Panamera to add exclusivity to a car. 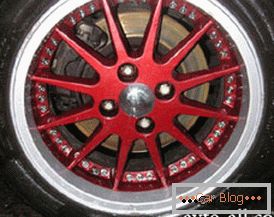 After 2 months, this penny acquired a new heart, though it was not easy: they cut out almost all the components from under the hood: transmission, brakes, steering and even the exhaust system.

In addition to alloy wheels, tinted windows and exhaust pipe, the appearance remained the same - that was the idea. There was also no change in the car’s interior, only the speedometer was different - an additional 120 km / h was added. 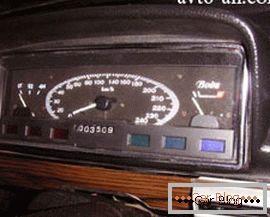 In general, it turned out a very serious tuning penny that can accelerate to 100km / h in just 5 seconds (just like a Mercedes S-class with a 5-liter engine). Acceleration to hundreds can be done in the first and second gears. So this device can be safely attributed to the category of "street rally car".

Without any problems, you can accelerate to 200 km / h, but after 220 km / h there is a blockage. The creator believes that it is no longer necessary, because it’s dumb, especially since the rear axle is still factory-made on this car. So it is desirable to drive carefully, but on the other hand, who does not risk, he does not drink champagne.

Technical characteristics of the updated penny:

Such an original penny tuning turned out, but on such a device you can easily wipe your nose for everyone who has acceleration dynamics up to a hundred less than 5 seconds, although purely visually the car looks like an ordinary penny of the distant 70s. 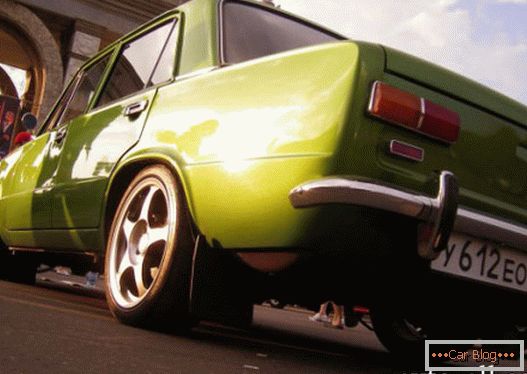 There are such cases that a person is very obsessed with his hobbies, in such cases such a person does not pay attention to the costs. In this story, a resident of Moscow, Konstantin Semenkovich, bought a VAZ 2101 back in 2000, at that time he did not know that this car would take a lot of free time and 40 thousand dollars from him. Then Konstantin bought a penny to learn how to ride, but it turned out quite differently.

After the accident, which occurred about five years ago, Constantine had 2 options - to pass the VAZ for scrap or repair this unfortunate car. Of course, Semenkovich - still the motorist, so I chose the overhaul. 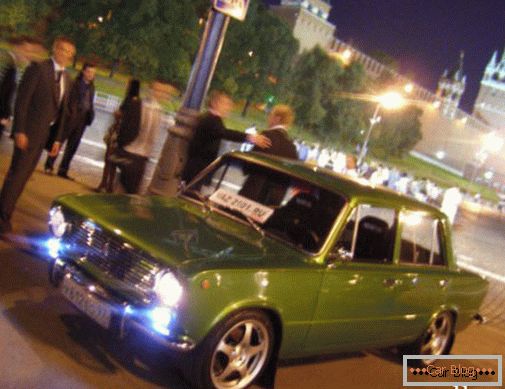 I decided to start with the body, I redid almost everything there: only the roof and the floor remained from my own parts, and everything else was cooked again. When the work was completed on the body, on the "penny" put paint. Konstantin chose a very original and rather rare color - pearl green metallic, which looks beautiful in the sunlight!

Of course, they changed the engine in the car, since the “native” was no longer good for anything. So, a 1.8 liter engine from a VAZ 2120 was installed under the hood. But Semenkovich was not going to stop at that, and changed the interior with a penny exterior. The owner himself decided on the style: inside - comfort, outside - as close as possible to the original. Such a scheme is very similar to the tuning of the VAZ 2109, because the improvement of the car’s interior is a very important aspect of proper tuning. 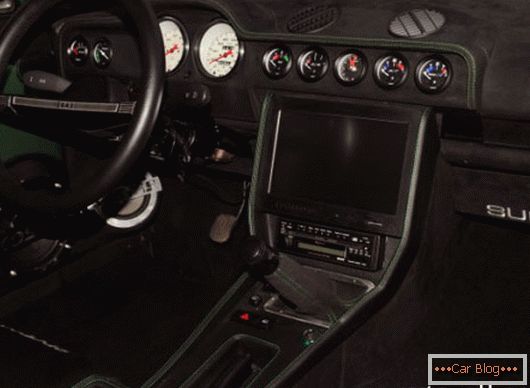 Now, in the cabin of this green penny a sporty style is clearly visible, many of the details are drawn with Alcantara. Of course, in the cabin there are sports seats, eight speakers and four amps. And even a computer with internet is installed in this device.

On this penny in front of installed elegant 16-inch forged wheels, which give the car seriousness. Even Henry Ford said a long time ago that 80% of the appearance of the car, give his wheels ... 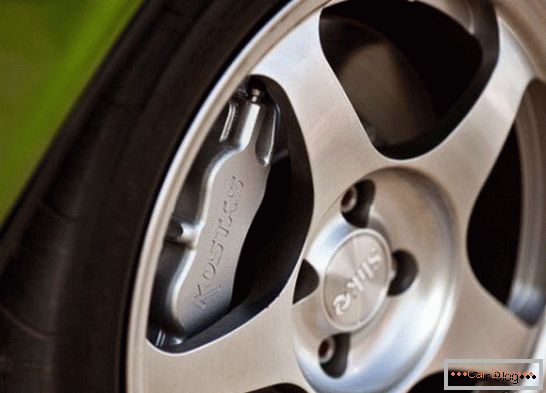 In addition, this tuned penny slightly dampers shock absorbers and, accordingly, springs are also understated by 40 mm. Such a move gives more durability and makes the entire suspension more stable. Even if you do tuning your own VAZ 2105, you also need to take care of the suspension.

Recommended article: Choose a cheap SUV is not easy 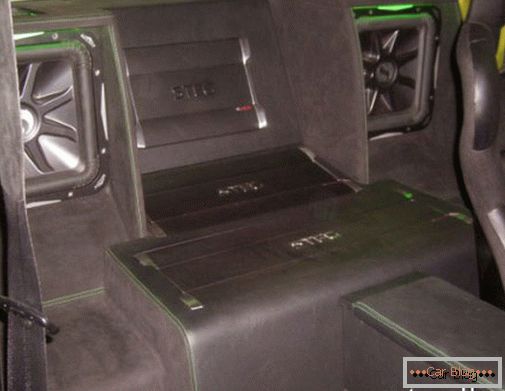 In total, in five years Semenkovich spent about $ 40,000 on his penny, so this is the most expensive tuning of a penny in the entire history of VAZ. Of course, for such money, this motorist could buy a good foreign car and even a jeep, many would have done so, but Semenkovich believes that many can now boast of jeeps, but no one has such a cool penny. So, everyone has their own happiness.

And finally, here is another interesting tuning penny. Here you can see the transformation of the car-legend (penny) with the naked eye. 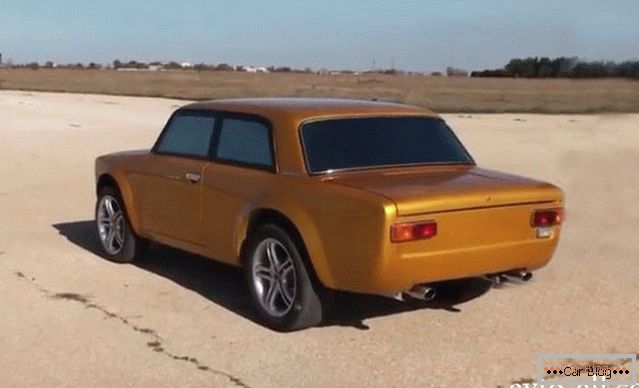 This tuning is a penny coupe Lada without rear-view mirrors. They are not needed here at all, because this device has a mega-modern rear view monitoring system. 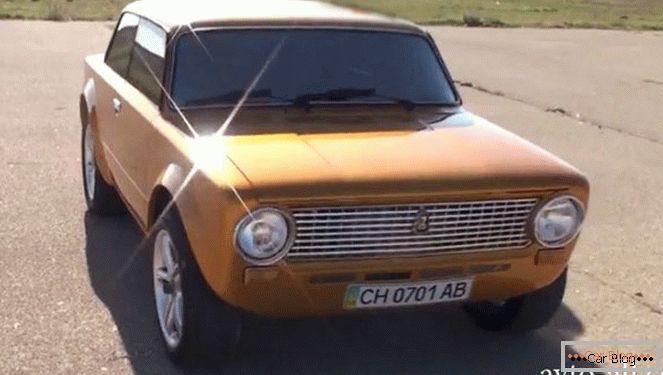 So new technologies are driving and, in general, tuning a penny is an endless field for self-expression. 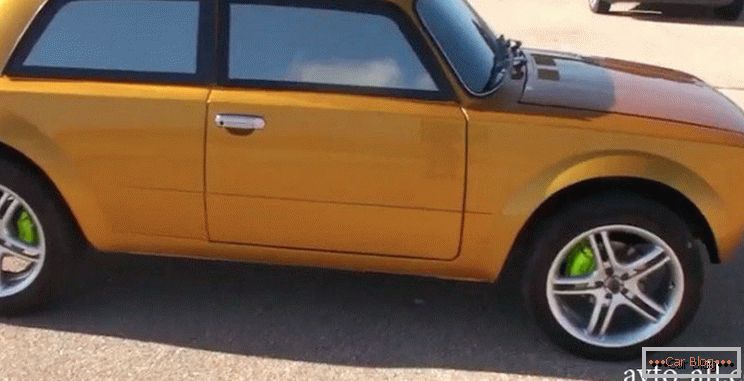 And there are also such tuned vases: 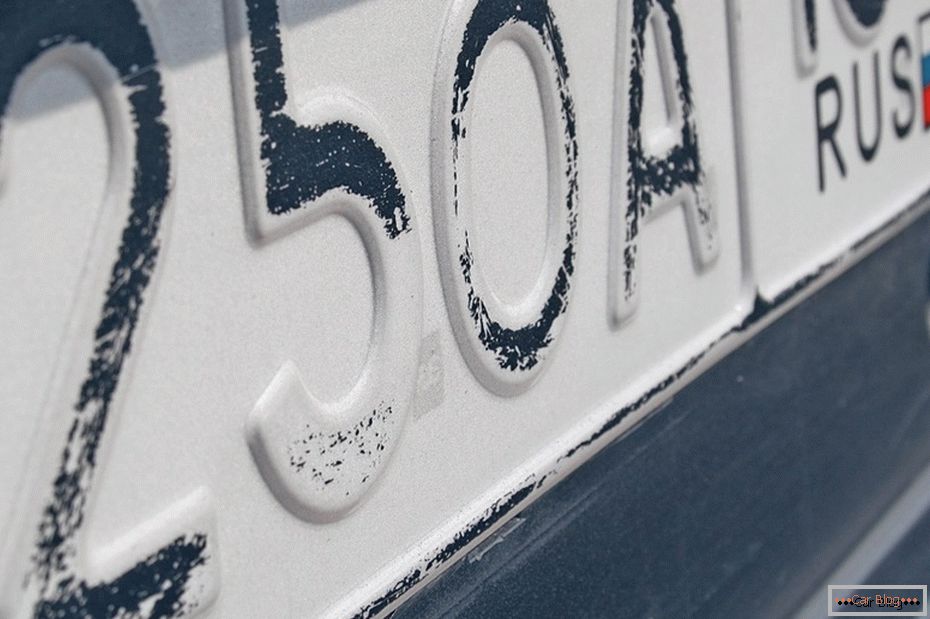 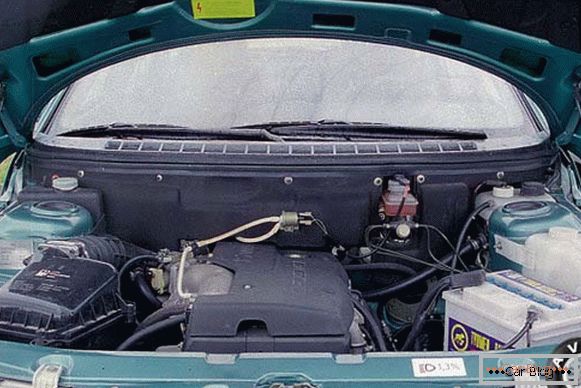 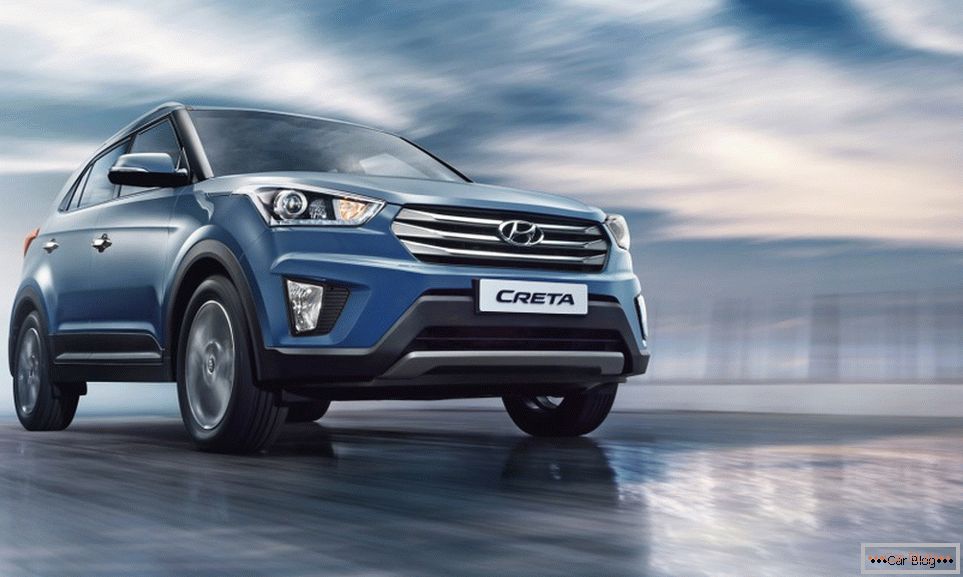