What is a car insurance deductible?

The modern insurance market is regularly filled with new products. An important place in it is given to products associated with road transport. Recently, more and more drivers are interested in what a franchise is in the hull and how it works. Unfortunately, not all agents are able to independently explain the essence of this phenomenon and the possible benefits for the client.

It is appropriate to remember about the safety of the machine in advance, therefore, on time and properly concluded contract for hull insurance will leave the signatory in profit even with a possible theft or accident. Car owners sometimes manage to knock down the price of a policy by 15–70%. With its considerable cost, these figures are able to interest many thrifty Russians.

It is believed that the interpretation of the concept of a franchise is more relevant for people associated with business activities. In their case, you can get some type of benefits or a set of certain services in the form of a bonus.

It is important to understand that the insurance deductible (which is “simple” words) is defined as part of the damage that the owner of the car covers at his own expense in case of an insured event.

Financial preferences translate into a comfortable discount for the purchase of a CASCO policy. The final amount of the discount depends on the level of risk that the owner of the car voluntarily puts on his shoulders. 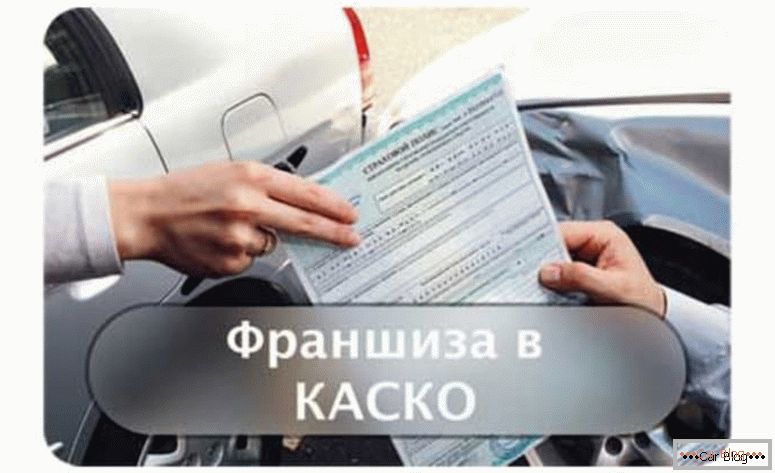 Parameters of distributed liabilities between the signatory parties are recorded in writing. They can be expressed as a fixed amount or set as a percentage. Traditionally, most contracts include deductible values ​​at the level of 10% of the potential reimbursement.

For example, when the established amount of damage reaches 90 thousand rubles, the citizen in the form of compensation with a 10 percent discount will receive only 81 thousand rubles. This illustration clearly demonstrates the work of the franchise. In each case, you have to understand personally.

A limited number of types of franchising are used in our country during the execution of a CASCO policy. In each situation, there are individual characteristics. The user can independently choose a suitable option in the company.

A conditional deductible in insurance is a case in which a fixed financial threshold is defined, below which the car owner independently restores the vehicle without the participation of insurance companies. When the estimated amount is higher than the previously agreed limit, then payment of expenses is fully borne by insurers.

It is important to note that in the conditional type of the contract, if the threshold value of a fixed amount is exceeded, the owner of the car does not take part in the repair, and the expense is borne solely by the insurance company.

An example would be the case when the contract specifies the amount of the limit of 20,000 rubles. If the car is damaged by 15 thousand rubles, then the driver must repair everything himself. When the examination determines the damage, for example, twice as big, then the company will fully contribute that amount.

Although this technique is very beneficial to the two signatories of the contract, but in practical terms it is quite rare. The technique leaves a great chance that the scheme can take advantage of fraudsters. Artificial overvaluation of damage will be in the hands of dishonest citizens. In this regard, not all agents are in a hurry to include this type of cooperation with customers in their list.

Unconditional franchise in insurance, what does this mean?

The peculiarity of such a contractual relationship between the client and the insurance company is the mandatory financial inclusion of the car owner in the resuscitation of the car. The level of immersion of citizens can also be expressed as a percentage or fixed.

The signed agreement, in which unconditional responsibility is defined as a percentage, is calculated somewhat differently. Reimbursement is made in proportion to each of the parties. With a 20% share for the car owner, the balance of participation in the repair will be as follows: 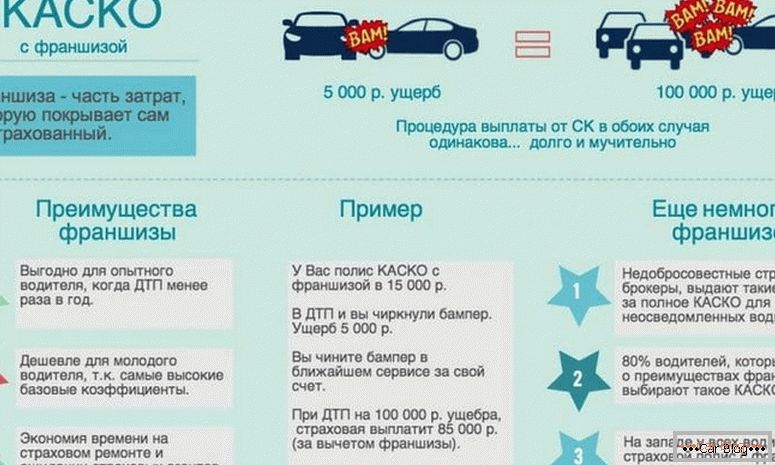 The amount of payout in such a situation does not matter.

In simple terms, a franchise in auto insurance of this type means the extension of a contract for a pre-agreed time interval. This helps to significantly save money to citizens.

An example is the possibility of determining the period only weekdays. On weekends, such insurance may not apply, because the owner can use vehicles exclusively for business purposes.

The cost of such a policy will be lower than under normal conditions. However, it is worth knowing that the damage received during the insurance period will not be paid. In addition to this method of use (division into weekdays and weekends), insurance agents may offer products with differentiation according to seasonality or another type of clear time gradation.

Drivers who have considerable confidence in their abilities will be able to use a dynamic type of contract. It is based on the previous insurance history of the owner of the vehicle, which includes all possible payments on hull insurance and their number. At the same time, the signatory receives the largest amount of compensation for the first insured event, and in subsequent episodes a regressive scale is applied to the payable amounts.

In fact, for each subsequent appeal from the car owner, the insurance company will set a stepwise reduction factor. Most often, this rate is fixed at 5% for each insured event.

See also: What documents are needed for OSAGO

In addition to the listed common contract options, with insurance companies in case of concluding a CASCO, other options for cooperation with mutually beneficial discounts can be applied. In the Russian realities, the unconditional type of franchise is most often encountered.

It is important to the user before the application of the finished product to evaluate its disadvantages and pros. As in other cases, autofranchising has both qualities during real use. The advantages include factors: 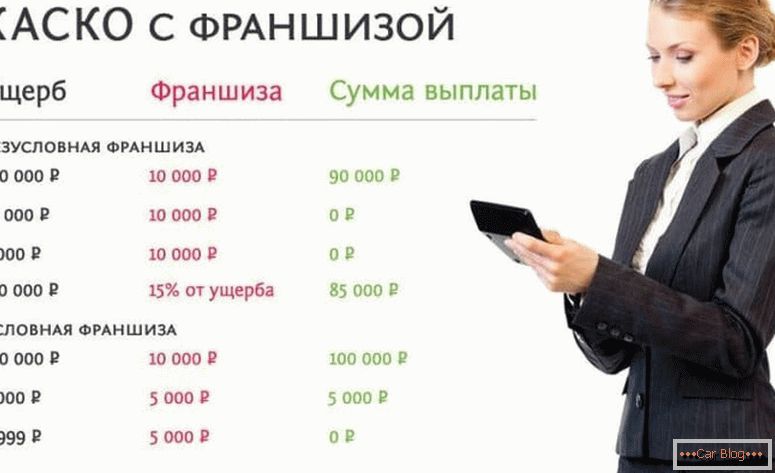 The disadvantages are such situations:

Benefit from CASCO with franchise

The advantages of insurers in such contracts are obvious. They are legally exempt from the majority of small payments to citizens, which saves resources. It is important to understand that often a large amount of time and money is lost in processing such trifles, which turns out to be incomparable with compensation.

For the owner, this kind of cooperation with the UK can conceal less benefit. During the evaluation of the feasibility of insurance with such a method, it is necessary to take into account your own driving experience, the goal of concluding a contract, the frequency of vehicle operation and individual conditions on the part of the company.

To recommend such an agreement is in such cases:

For drivers with little experience, such conditions are not always relevant. This is due to the more frequent hit in the accident with a small driving experience. 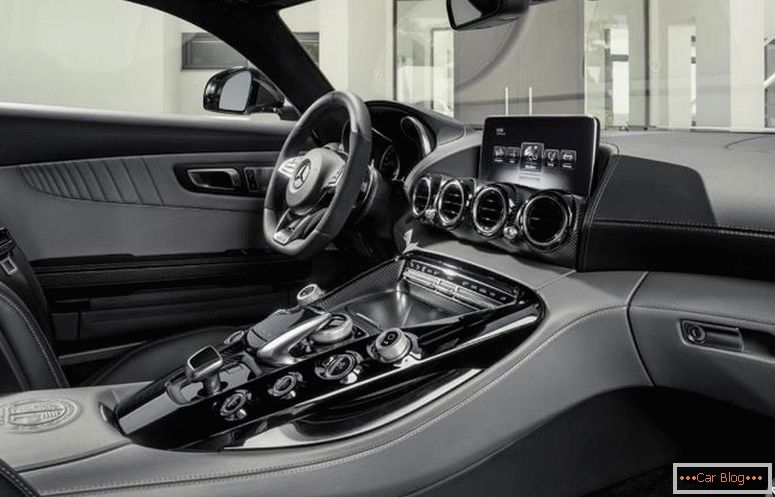 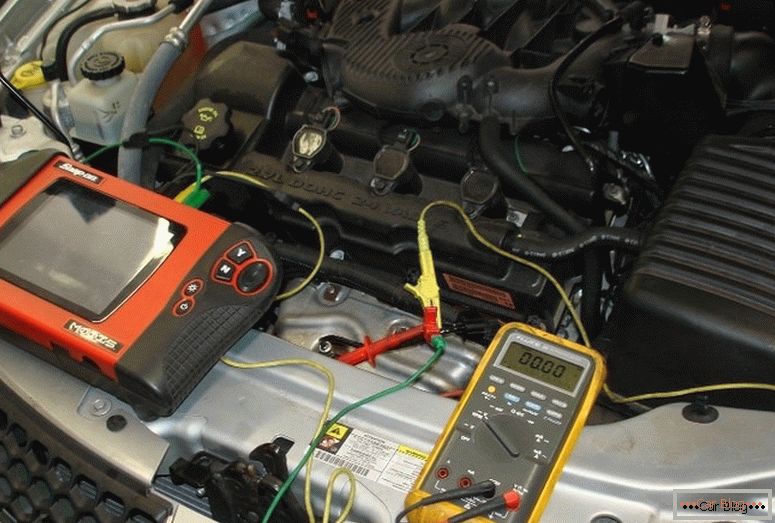 Computer diagnostics of car errors with their own hands

The device and the principle of the automatic transmission

Making skirts of fiberglass do it yourself