Why do i need a tachograph in the car

The current Rules of the road oblige certain categories of vehicles in Russia to equip with additional accounting devices, which include tachographs. Not all drivers are positive about this idea, but they are obliged to observe traffic rules. The fact that such a tachograph, and what it is necessary to learn in advance to properly exploit it and not violate the law.

The need for a new device

The requirement of this instrument is governed by the Administrative Offenses Code of Article 11.23 and introduced since 2014. For the lack of such a system, car owners risk being punished.

A tachograph is a device for monitoring the movement of a car and storing certain data. 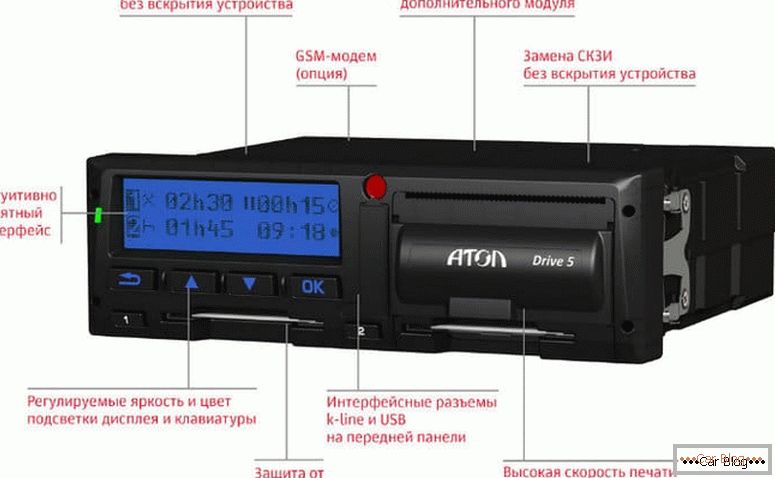 A small device connected to the main systems of the vehicle reads and captures important parameters:

It is worth knowing what else a tachograph is needed in a car. It is a guarantee of the safety of passengers, because a car equipped with such a device should not be operated by one driver continuously for more than 4 hours. After the expiration of such a period, a 40-minute break for rest must be provided or it is necessary to put behind the wheel of a partner.

At the initial stage it was assumed that the installation of such equipment on cars would serve to increase the safety of drivers and other road users, and also reduce the number of accidents. In modern conditions, the functionality of the equipment has expanded.

A digital device mounted on cargo vehicles clearly records the speed limit on all road sections. Control of the average cruising speed and operating modes of drivers is provided. This approach does not allow violations of the speed limit of the vehicle and controls the physical condition of the person behind the wheel.

It should be borne in mind that this practice of using similar accounting systems has been introduced in many countries, including the EU zone. Digital tachographs must be installed on certain cars registered after 2010. Used in the Russian Federation according to current standards, the devices are also suitable for the type.

Not everyone knows on which machine the tachograph is installed. The rules for the mandatory installation of electronic accounting systems include cars used for production purposes by individual entrepreneurs and legal entities.

The presence of an electronic auditor does not allow to twist the mileage on the car, distorting the actual values. 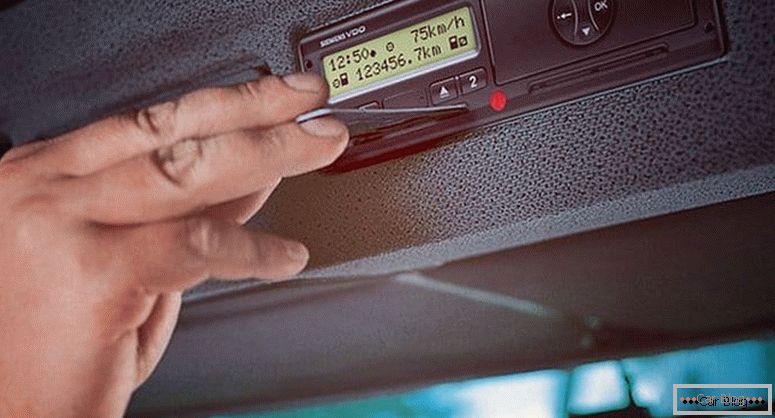 As the tachograph works in the car according to the algorithm established by the manufacturer, it is worth considering that the principle of its operation is concluded in using the following modules:

All data is recorded on the identified physical media, to which changes are not allowed in any way.

There are two types of devices on sale:

They also differ in physical terms and installation location:

Analog devices are gradually being supplanted by digital devices, as they have a lower level of protection.. Only new generation digital systems have good cryptographic data.

Since 2016, legal use of only digital devices equipped with high-quality crypto protection is allowed in Russia. Analog systems are not taken into account. Third parties are prohibited from being introduced into the devices by any illegal method for correcting the data entered, since this act is punishable by law. 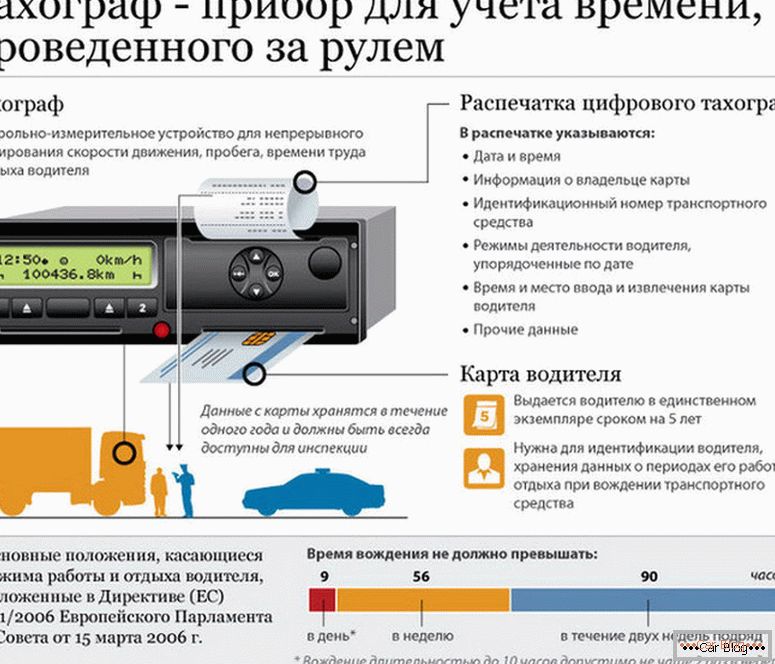 You can get legal memory access only with the help of special cards:

Other types are not provided.

To date, mandatory installation is assumed only for vehicles used exclusively for commercial purposes. If an individual is engaged in transportation in the country for his own purposes, then tachograph control in such a situation is not needed.

It is important to know that machines can be used for different purposes. When a transport with a recorder is operated in a non-commercial mode, then the built-in device must be switched to “OUT” mode. This will allow not to write auto parameters for a certain time.

The following types of machines fall under the obligatory equipment of recorders:

The lack of appropriate equipment in the car under the current law is punishable by fines. The administrative recovery is regulated by Article 11.23 of the Administrative Violations Code:

See also: Installing the grid in the trunk do it yourself

At the same time, there are exceptions for vehicles that may not have a recording device:

In other cases, you will have to mount the recording equipment. 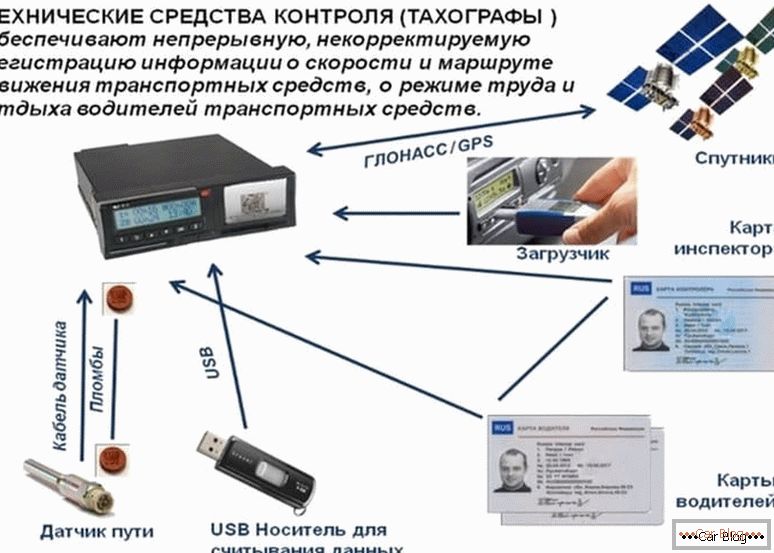 It is necessary to know what an IPMS is in a tachograph, because it is a means of cryptographic protection of information or, as it is also called, navigation crypto-protection module. In fact, it is a non-volatile memory in the form of a small box, which does not allow to interfere with the process of recording and storing data.

In order to ensure the correct operability of the controlling complex, the staff of the road inspectorate has the right to monitor the apparatus. They can perform the following verification activities:

For mounting, the traffic police officer has his own personal card, which he can insert into the device for reading data.

Using someone else's card or operating the machine without it is strictly prohibited. 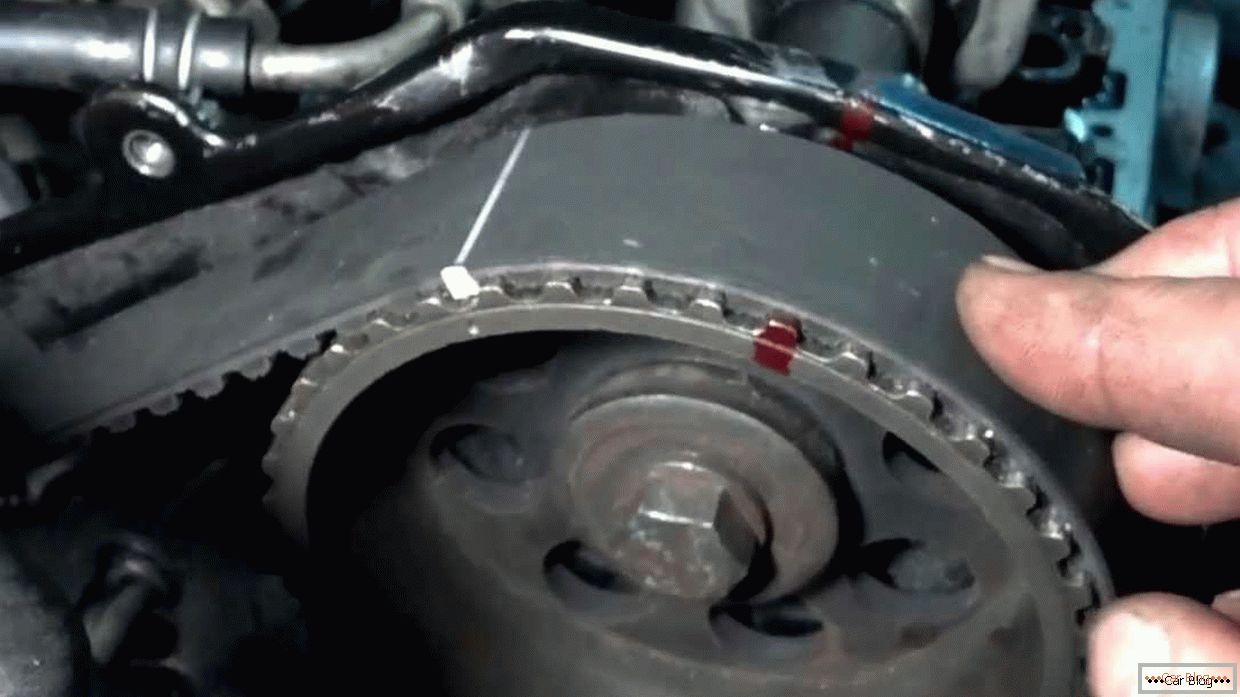 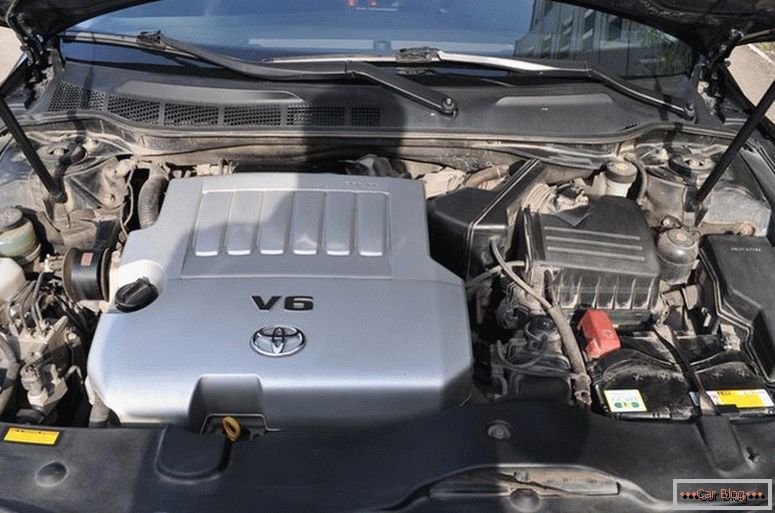 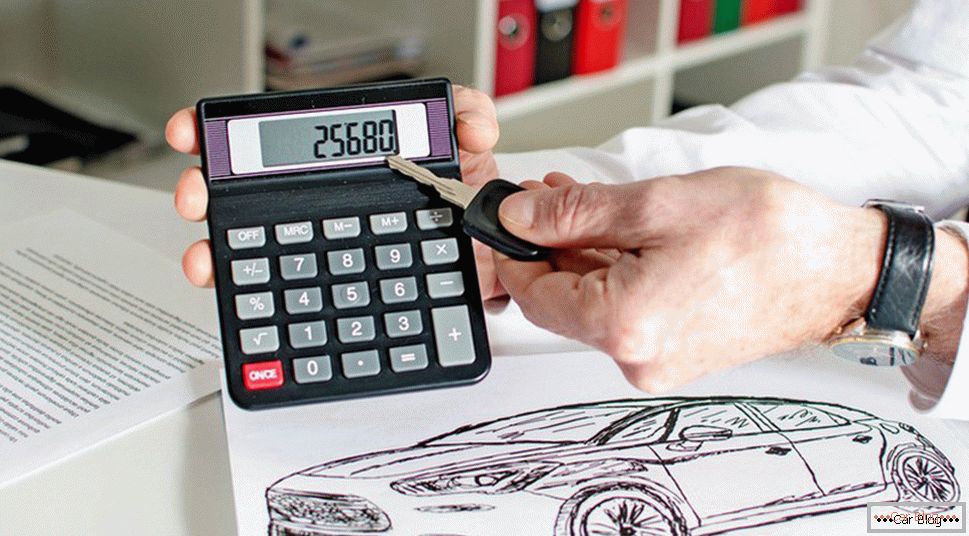