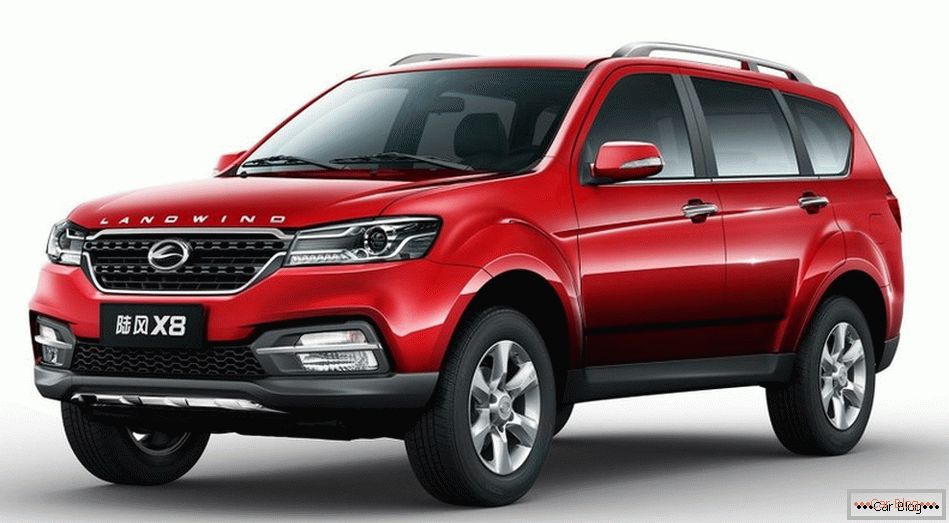 November 18th at the world motor show, which starts in the Middle Kingdom (Guangzhou), Chinese Landwind officially present the results of restyling his X8 crossover. Images of the updated SUV Chinese managers have already published on the web. However, this was limited. All specifications of the upgraded crossover will be announced during the official presentation. Externally updated "all-trail" Landwind X8 from a distance, it can be easily confused with the pre-reform version, since the designers have managed only a small “facelift” of the car. The artist's brush has transformed the radiator grille; now it is not just a grille, but the embodiment of a new corporate style for the Chinese automaker. Landwind. Designers have transformed the head optics, including fog lights, and rear brake lights. It is clear that the new optics does not look on the background of old bumpers, so they, too, were stylized as a new design concept. 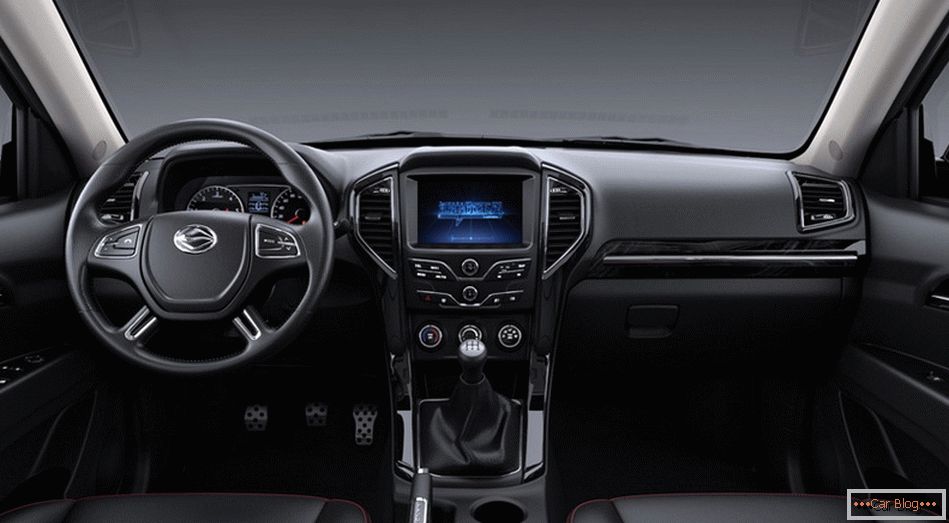 Chinese version of the upgraded crossover Landwind X8 will be equipped with a two-liter turbocharged gasoline engine of the same size as a turbo diesel. The first power plant mates only with a six-speed manual gearbox. Turbodiesel works only with a five-speed "handle". The power of these units, the Chinese have not yet voiced. Landwind X8 crossover You can buy it as a transfer only, or only in all-wheel drive.

Under the hood of the pre-reform Landwind X8 crossover are the Japanese engines of the company Mitsubishi. This is a two-liter aspirated 133 horses, two-liter turbo engine 190 and 2.4-liter gasoline engine 160 hp There is one more turbodiesel in the line. Its volume is two liters and the power of 122 horse power. 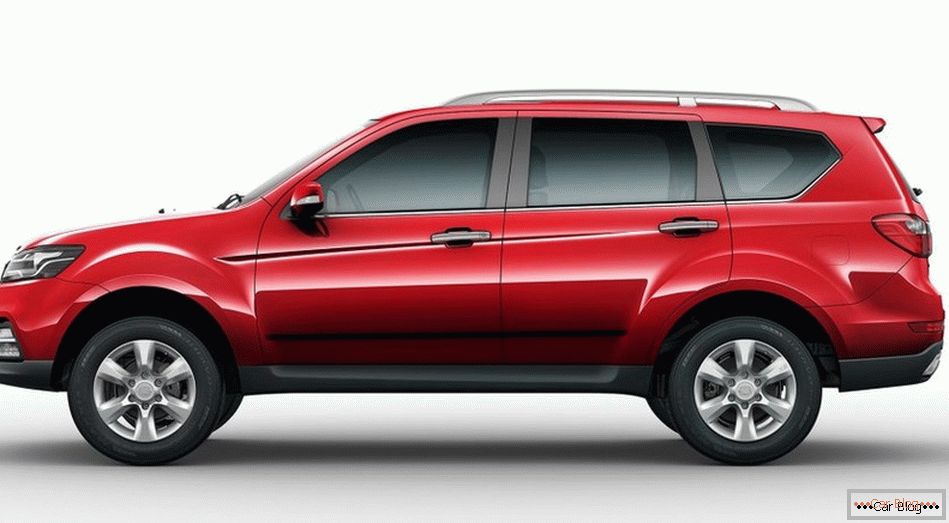 Basic equipment Landwind X8 equipped with seventeen inch cast wheels. In the electronic kit there is a "sweet couple" of ABS and EBD. The atmospheric front inside the cabin is set by the air conditioning, the multimedia center with a touchscreen diagonal of eight centimeters is synchronized with any smartphone driver. Pre-styled version X8 crossover after conversion into rubles, it will cost the buyer 950 thousand wooden. This is for the basic assembly. 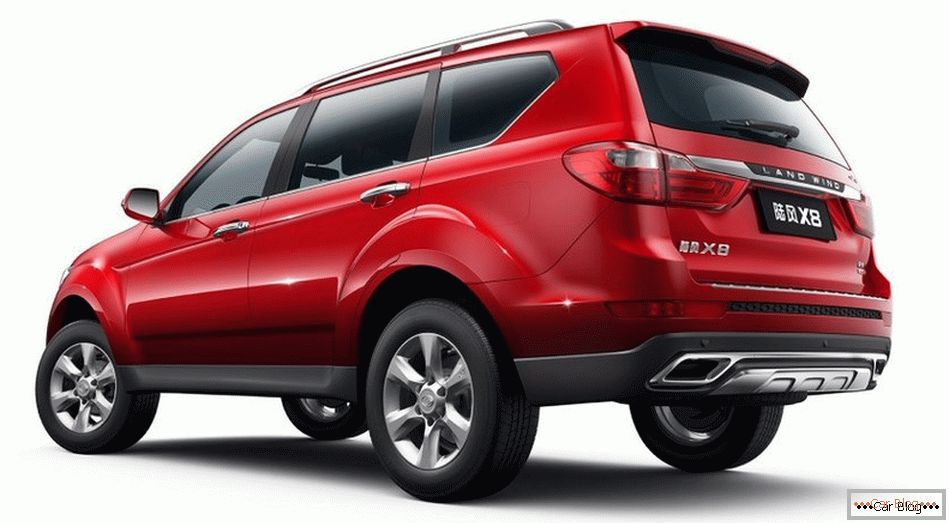 Chinese car brand Landwind became known to the world quickly enough. As soon as began to replicate almost complete copy  Range Rover Evoqueby passing it off as a Landwind X7. In general, in the world of automobile production, one way or another, there is always some kind of borrowing, but then Landwind surpassed all possible propriety. Except for the nearest motor show in Guangzhou updated x8, the company promised to show a conceptual version of another crossover. 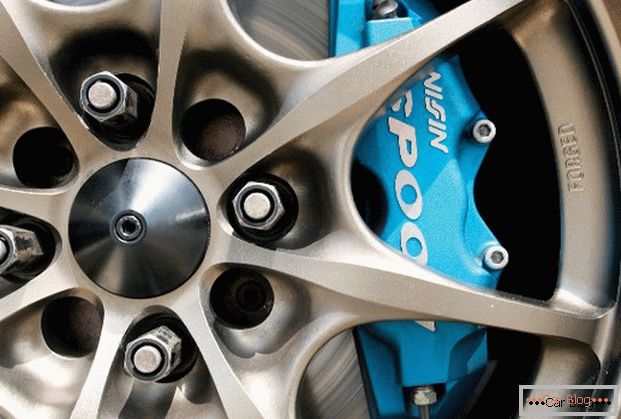 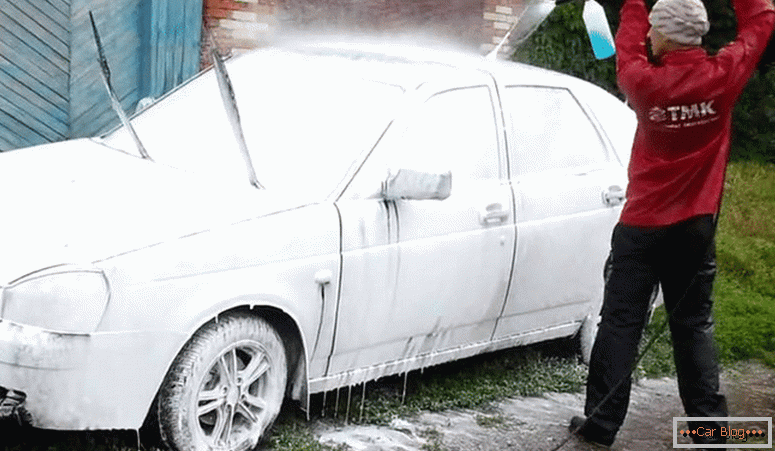