One of the most important elements of our car is the battery (battery). The main role, namely the car start-up is performed by the battery. The engine is started by applying current to the starter from the battery. Even with the engine off, all lighting and sound systems will function properly if the battery is in good condition.

The security alarm system of the car will also not function if the battery has sat down. Even with a moving car, if the generator does not cope with loads, the battery comes to the rescue. Of course, the normal operation of the vehicle’s on-board system will not work properly with low battery power. Therefore, in this article we will try to tell you what is the most optimal battery charge rate. 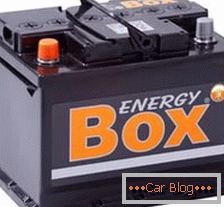 Voltage is the main parameter of the battery. Therefore, the owner of his car needs to know what voltage should be in the battery.

The voltage of the battery 6 PT (6 cans) in the charged state should be from 12.6 to 12.9 volts. It follows that the charge of one can should be from 2.1 to 2.15 volts. If the voltage is less, then your battery is discharged. But this does not mean that your battery can not be used. Constantly have a charged battery 100% vryatli you get. The table below shows the dependence of the voltage and the degree of charging of the battery.

As practice shows, the critical voltage mark of a twelve-voltage battery is 10.8 volts. This discharge is called - deep. Such a discharge is detrimental to the battery, it significantly reduces the service life of the car. 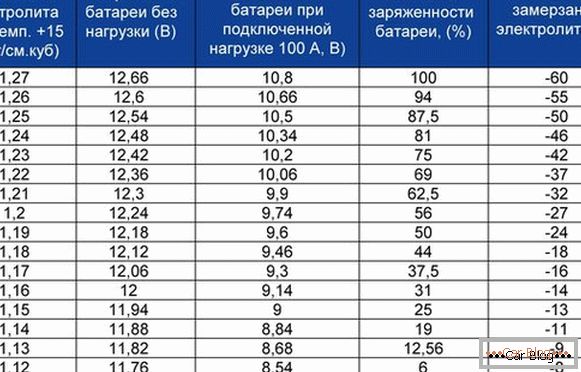 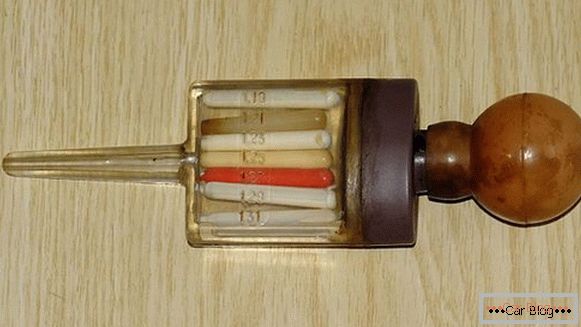 A voltmeter or multimeter helps in measuring voltage. If you want to measure voltage with a multimeter, switch it to voltage measurement mode. Then attach its contacts to the battery terminals and on the display you will see the charge of your battery. Polarity is optional. If you have wrongly applied the probes to the battery terminals, then the display will only appear negative voltage. The photo below shows the result of voltage measurement. 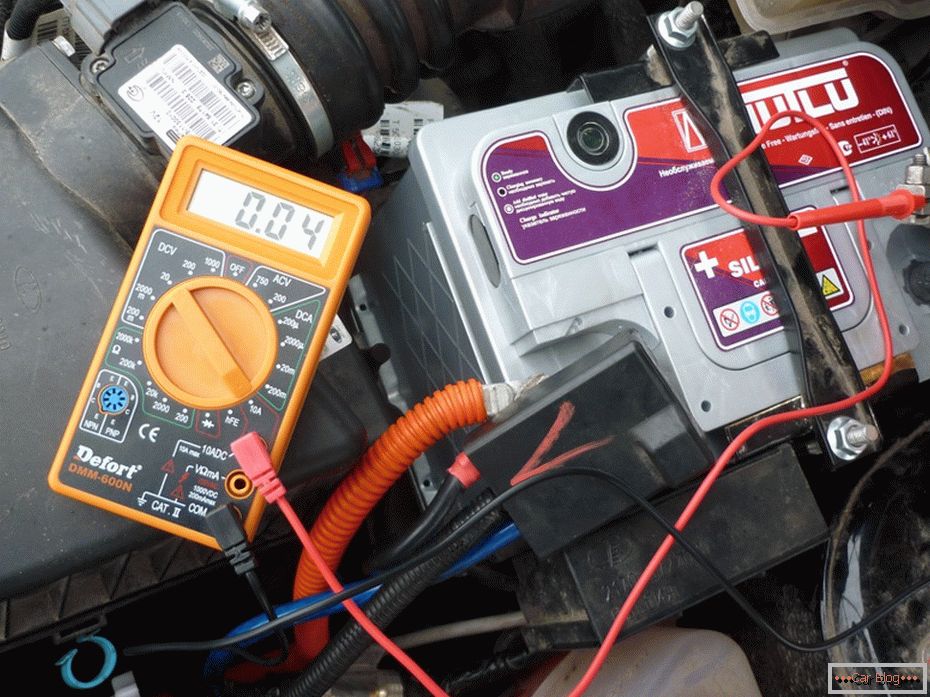 With the help of a load plug, it is also possible to measure and monitor the battery charge. A voltmeter is built into the mechanism of such an instrument that measures voltage. The load plug not only determines the charge of the battery, but also controls the state of the battery itself. To do this, measure the actual voltage with resistance in closed circuit mode. The load fork emits the vehicle start-up, and determines the load on the battery. But when conducting such a test, the battery must be fully charged. 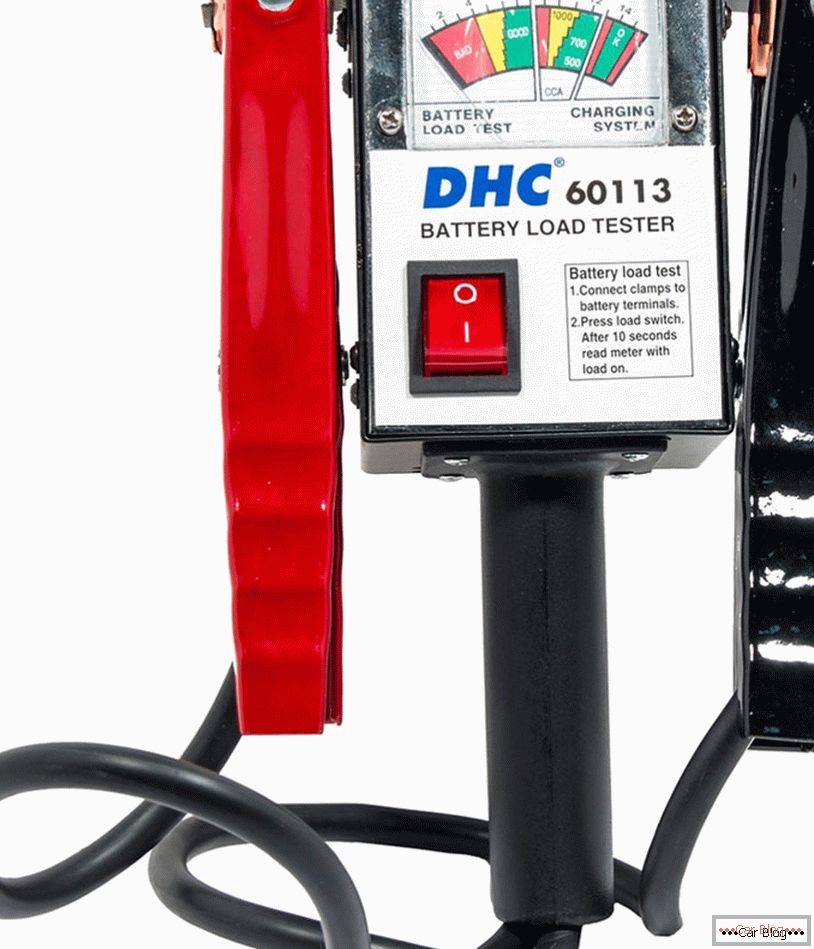 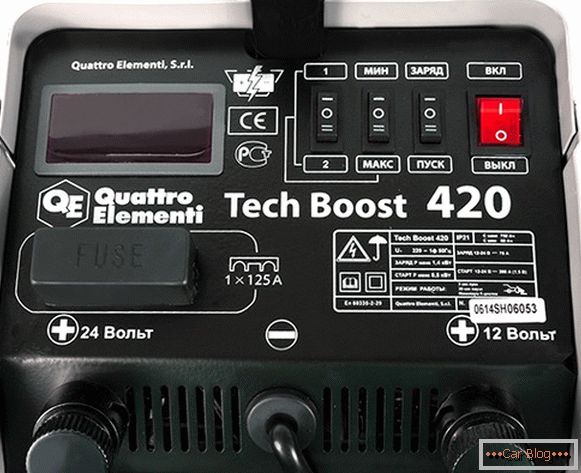 The entire process takes place in a well-ventilated area. There should not be open flames or sparks near the battery and the charger. During the process of charging the battery, hydrogen is evolved, when combined with oxygen to form an explosive mixture! 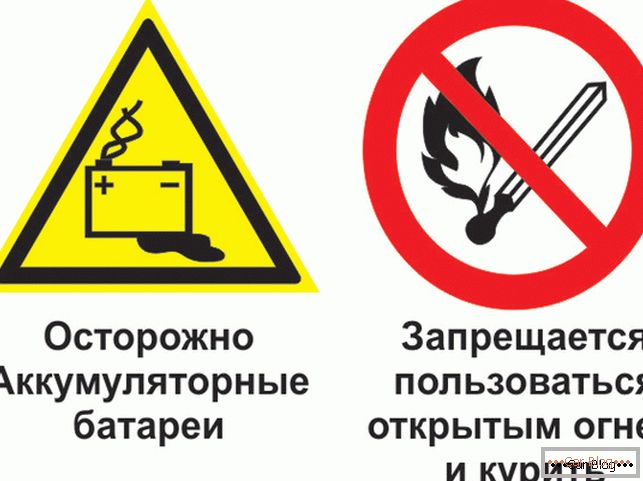 Road or off-road: a comparison of the skoda yeti and 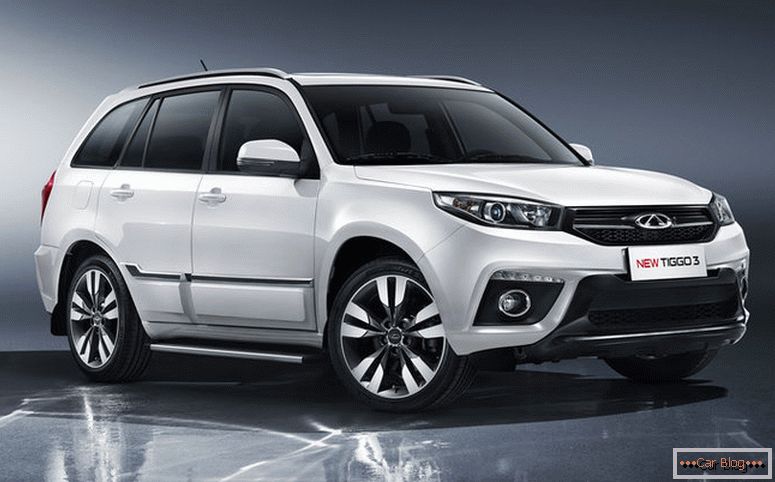 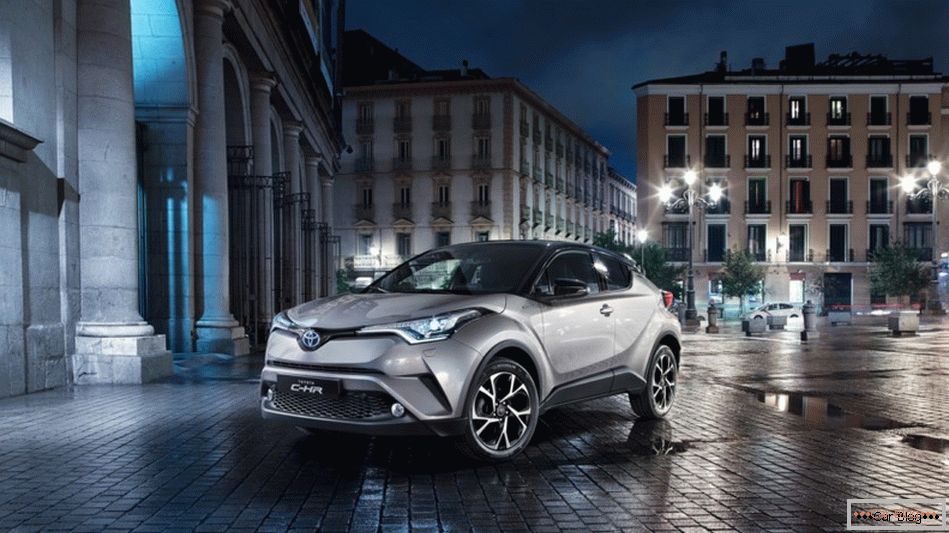 Driver card for tachograph: where to get