The most influential Japanese automaker, Toyota, is known for its differentiated approach to the markets for selling its own products. In the arsenal of the company there are also models known all over the world (the same Corolla or Prius), and cars produced only for one region. The latter includes the 2018 Toyota Sequoia SUV (photo below), which, as follows from the latest statements by the manufacturer’s marketers, can be officially bought only in North American countries: Canada, Mexico and, of course, the United States. 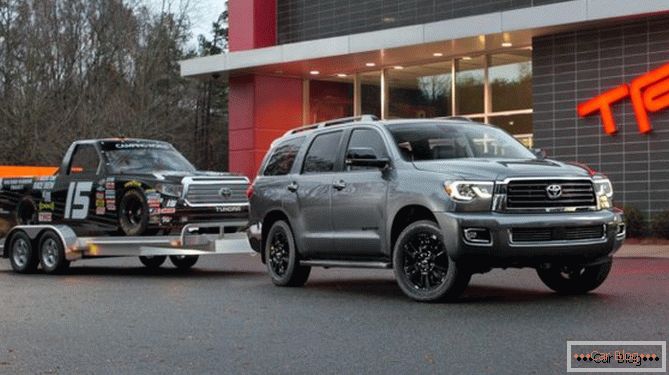 In connection with the strict restriction of the target market, we can expect immediately after the start of sales on it the emergence of various options for bringing a new SUV to other countries - in particular, to Russia. According to what schemes it will happen and if Toyota will not decide on official sales of the Sequoia 2018 (photo below) in all interested regions, time will tell. And now the domestic car enthusiast has time to evaluate the exterior, interior and technical characteristics of the car, and the following information will help him in this. Well, after getting acquainted with them, everyone will be able to decide for themselves whether he needs such an SUV or whether it makes sense to look at a cheaper (and, quite possibly) no less qualitative option. 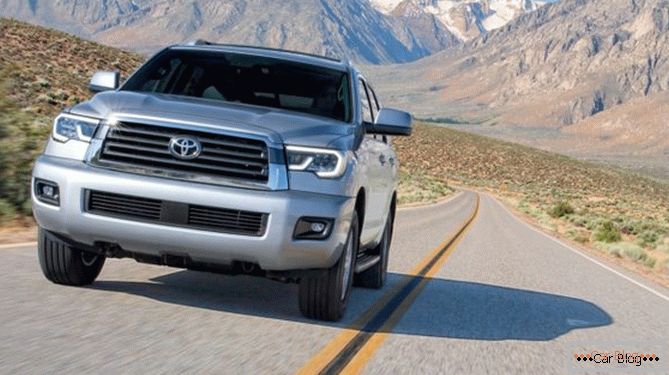 The new Toyota Sequoia (photo below), oddly enough, still does not belong to the new generation of SUVs: Toyota does not abuse such statements, cautiously announcing even the release of restyled, slightly modified models. In the line of SUVs "Sequoia", founded back in 2001, there are still only one generation and only one restyled version, which was released in 2008. 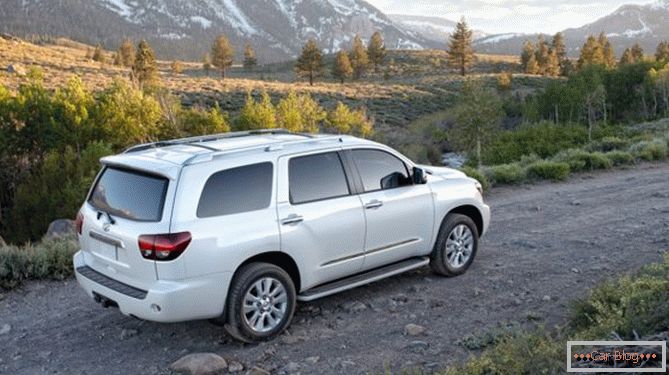 Checking the car for an accident on the vin code 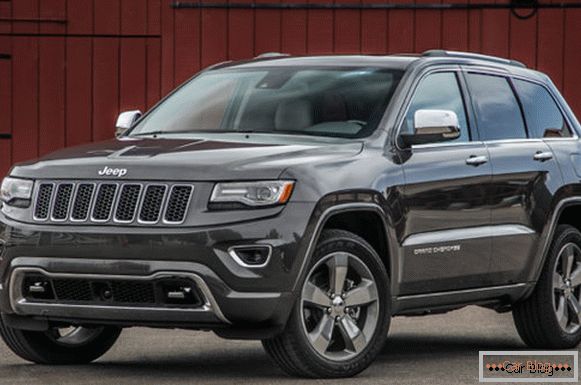 Chinese cars in russia: oriental cars are gaining more and