The life of almost every modern person who has reached the age of majority contains such important devices as a mobile phone and a laptop, the third component is a car. Strange as it may seem, at first glance, it sounded, but all these devices depend on one very necessary device, without which such expensive “toys” simply lose their meaning. In the article below, we will focus on the modern battery, more precisely, the battery, through which all electronic things get a new charge, pleasing their consumers.

Everyone who has a newfangled gadget has encountered at least once in his life a problem caused by the complete discharge of the device. And, as a rule, most often favorite devices, including the car, are able to discharge at the most inappropriate moments, putting its owner in an awkward position. Since until now scientists and developers have not found a way to charge the battery “once and for life”, the owners of modern technical units have to have an additional charger in the device kit. With the help of a special charger, you can revive an inactive tablet or car battery, after only an hour and a half a piece of metal or plastic will regain its former properties. After reviewing the material of the article, any car owner will be able to independently choose the optimal charger for the battery of his car, learn about the characteristics and features presented on the Russian market of models. 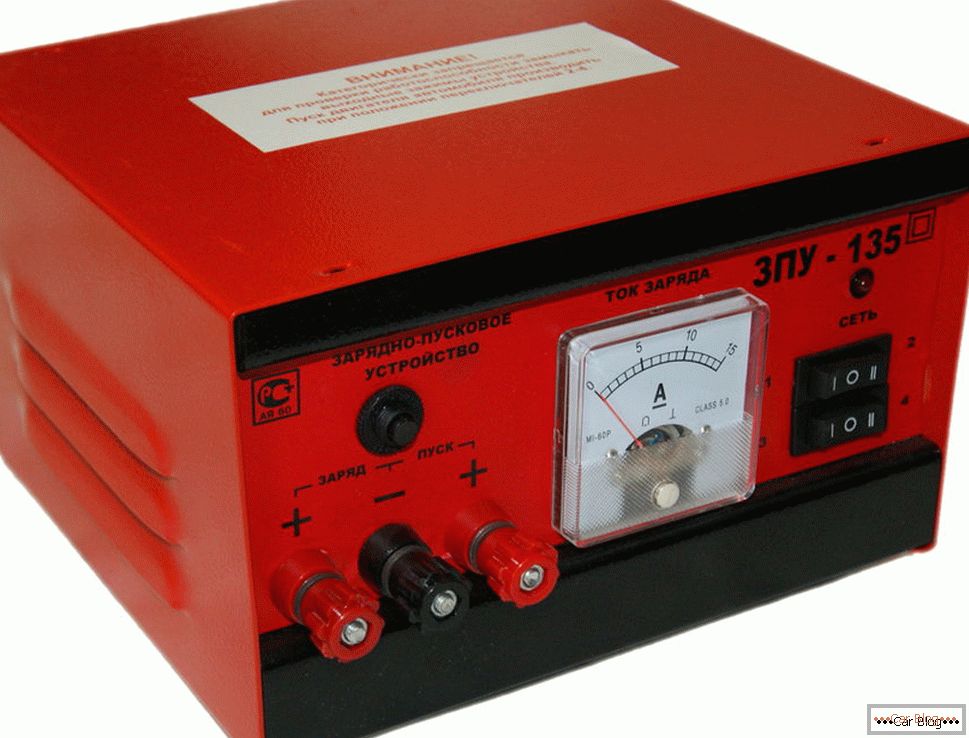 The unit without which no car can work

If the car owner is interested in choosing a high-quality car charger for a car battery, he should be aware of the list of requirements that the device must meet.

The purpose of the charger lies in the need to ensure the most efficient charging mode that can be created from the moment the unit is connected to the mains until the time when the power is interrupted. In other words, recharging serves as a kind of intermediary, providing the correct voltage, in automatic mode, changing the strength of the flowing current, which directly depends on how much percent of the device's battery is charged. Consider three ways to charge a car battery.

If you choose a modern charger that ensures the constancy of the current, then the owner of such a device will have a unit capable of providing the same voltage during the whole charge. Among other drawbacks of such a device, it is worth noting the best conditions in which the battery operates, which is why the latter is subject to artificial “aging”. The main advantage of a charger with constant current is faster charging of the car battery.

Selecting a second type of car charger for a car battery ensures constant voltage. The principle of operation of this unit is identical to the previously described device, the only difference lies in a certain amount of voltage. In this regard, a constant voltage charger has identical disadvantages - it transmits too intense charge at the beginning of the battery filling process and is not powerful enough at the end.

The third type of chargers is a universal unit, to be more precise, then combined. It is a combination of the two previous methods. Initially, the car battery is charged with a constant current, and, closer to the end of the process, with a stable voltage. Experts call this type of charger optimal, although it is the most complex with respect to implementation. Combination chargers for car batteries are the most stable and high quality.

Any battery can be charged differently, in other words, charging will depend on the speed equal to the strength of the current passing directly through the battery itself. However, the fastest charging devices, in which the process of increasing the current is implemented, together with the acceleration of the charging process, several times increase the aging of the battery itself. The battery life can be increased by proper charging, which the rated current can provide. 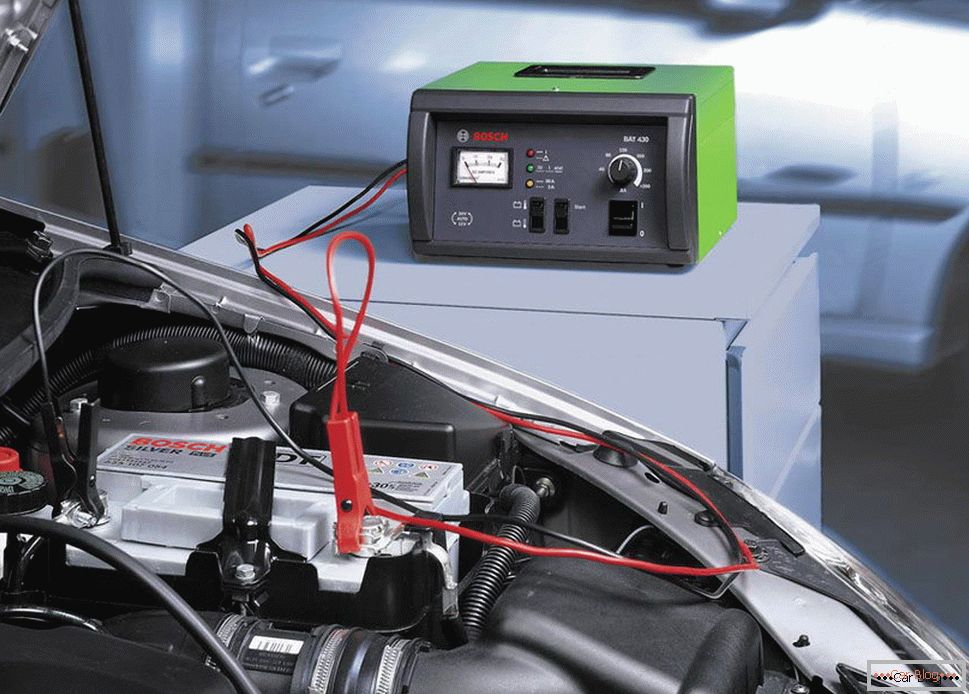 For example, it is recommended to recharge a cell phone for 2–4 hours to a full charge (100% mark), which will have a beneficial effect on the performance of the device. In contrast, the charger for a car battery should be in the network for about 12–14 hours, so that the battery “slowly but surely” fills up to the required limit.

Many car owners are trying not to buy an additional unit in the form of a battery charger, relying entirely on a car generator with the properties of a starting-charging device. However, as practice shows, sometimes it happens that with an increased load on the power supply network, the generator is not able to "give out" the necessary power, as a result of which the missing charge provides a reserve battery. A hundredth of a charge or a full battery can be used from a battery - it all depends on the situation and the resulting shortage. Surely, at least once, every car owner was faced with the problem of a fully discharged battery, which turned out to be empty the next morning because of the included dimensions or circuit. Timely purchased charger in such cases becomes an indispensable tool.

Among other conditions that affect the choice of a charger for a car battery, a foreign manufacturer is often taken into account, although many car owners who have purchased products from domestic companies note the high quality of the charger. The choice of a Russian car charger for a car battery is a very simple process, since our modern units are no worse than various foreign analogues coming to Russia, mainly from the west.

You should also choose the charger of the Russian manufacturer because it is practically impossible to find a fake product on the market, while foreign chargers are mostly simple fakes that are collected in the basements of some Asian countries. If, by unfortunate coincidence, the choice of the car owner fell on such a poor-quality device, then it is impossible to exclude the possibility of carelessly damaging both the car battery and health and property. You can not insure yourself from an accident, unforeseen circuit or fire.

As practice shows, it is preferable, when making a choice between different chargers for a car battery, to stop exclusively on such devices that have a small current margin.

Such a choice will be optimal due to the fact that the device will not be able to function at extreme power values.

Even if in the future you have to change the battery, which will be more powerful in capacity, then the car owner will not have to re-spend on buying a new charger.

It would be better if, when making the choice of a charger for a car battery, the vehicle owner would seriously approach the process, pay attention to the characteristics of the unit being purchased and familiarize himself with the operating manual (at least with its short version). From the list of chargers presented in the auto shop you should choose such a device that will have factory production, clear instructions, certain properties and clearly stated characteristics. When choosing a charger for a car battery, it is important to consider its compliance with the requirements of both fire and electrical safety.

It is best to opt for automatic car chargers for car batteries, as these devices provide efficient recharging, which is carried out through the combined principle.

As such, the device does not have any special indicators for controlling the charger; the only thing that the owner of the unit can control and set is the initial charge current displayed on the potentiometer. However, in order for the owner of the device to control the amount of current flowing in the process, it is necessary to choose such units that have a discrete, LED or instrument indication.

The first type of charger refers to the charging and starting equipment, through which the battery is charged and recharged. Such devices function through thin lead wires through which a small operating current passes, suitable exclusively for charging car batteries. An important advantage of this unit is the ability to connect the unit to the battery terminals without first disconnecting it from the vehicle’s electrical system. This advantage of the device allows the owner of the car with an automatic transmission to quickly and conveniently recharge the battery without consequences that may be caused by the discharge of the battery. 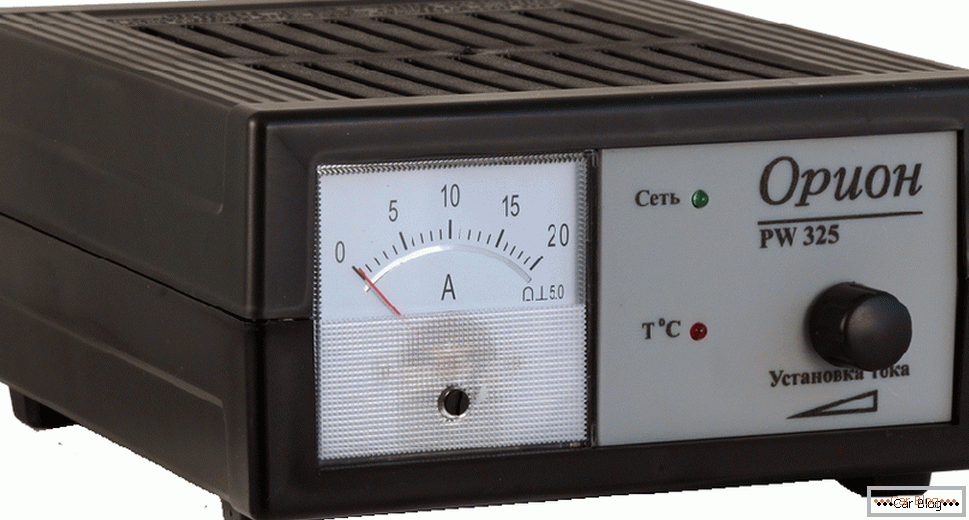 The second type of car battery charger refers to the starting and charging devices operating in several positions: the first charge is automated, and the second is at the level of the highest current that can be in the starting mode. The inclusion of one mode or another depends exclusively on the special voter. It is worth noting the thickness of the lead wire section, which is an order of magnitude larger than that of the previous units. However, this advantage affects the price, which increases depending on the wire thickness. 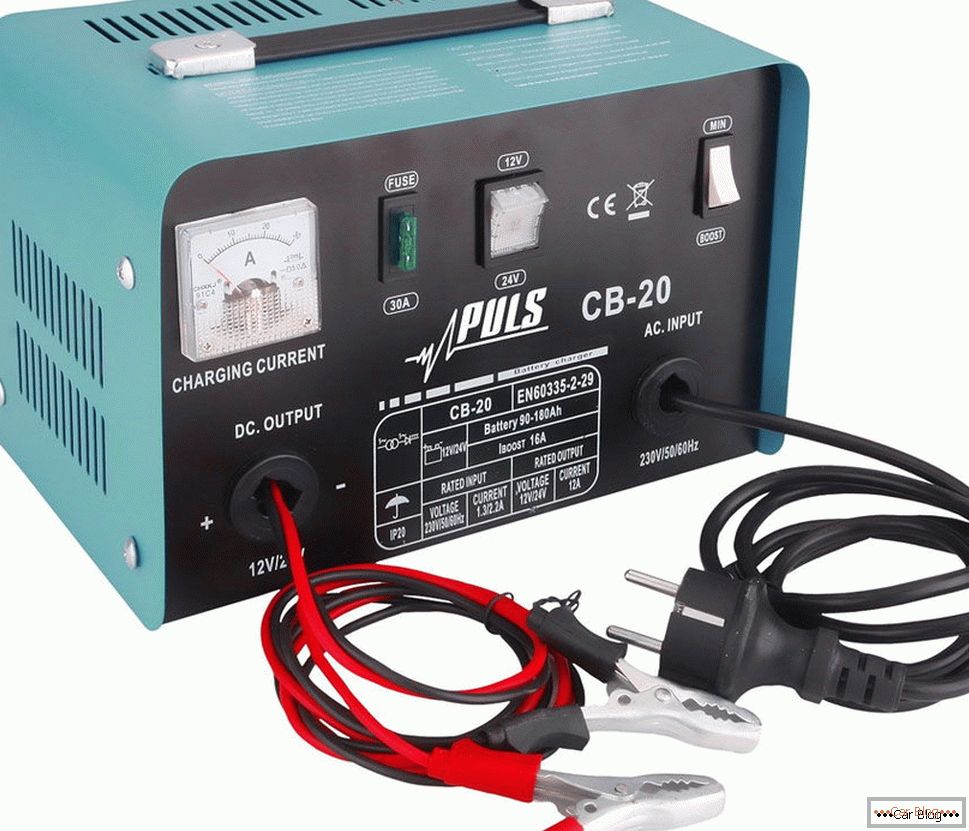 However, charging-starting chargers require careful and careful attitude, as the wrong connection, which is made without removing the terminals from the car battery, has negative consequences (in a few minutes you can completely destroy the electronics of the machine).

Making a choice between two types of chargers for a car battery, you should remember that each of the units has its advantages and advantages. If we consider in general, both devices are great for recharging both domestic and foreign batteries. The only thing that should not be forgotten when choosing the optimal charger is about the features of the charging and starting device

adom.ru, which can be operated only after disconnection of terminals from the power line.

Before you recharge your battery with the purchased charger for the first time, you should carefully read the instructions to avoid any unforeseen circumstances. 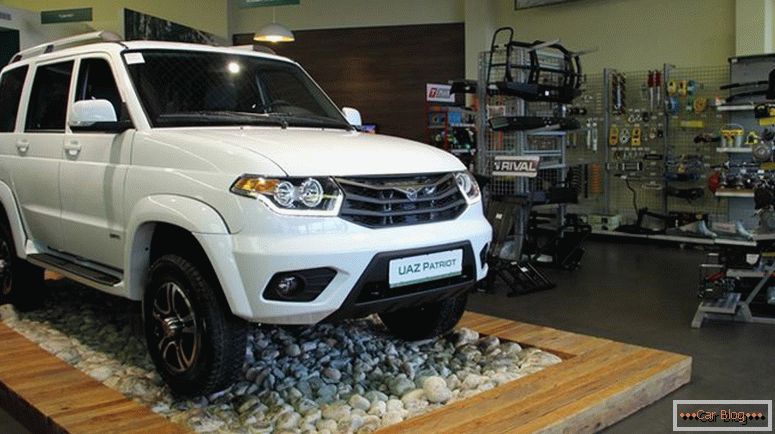 Uaz patriot with automatic transmission is not yet known 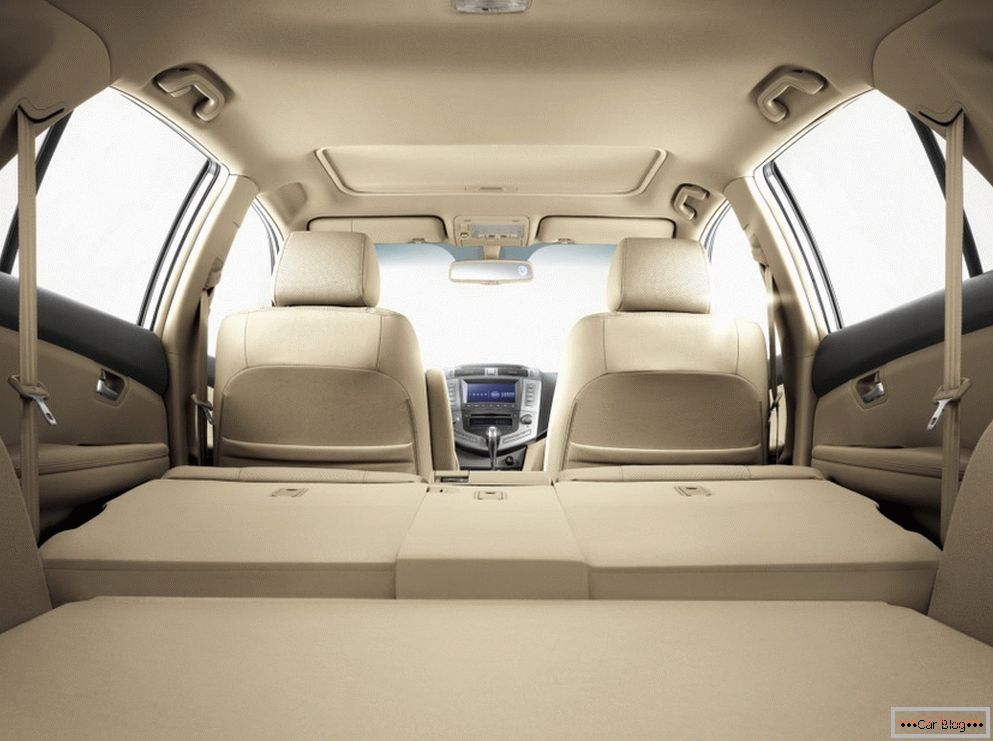 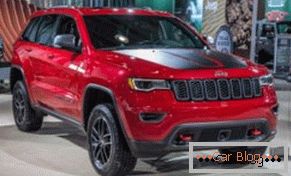 Famous koreans hyundai and kia will soon delight the world