Rating of the best new cars up to 400 thousand rubles

400,000 rubles too little for a new car that meets all the requirements and wishes of a modern motorist? Ready to argue. For this money you can buy a car from the passenger compartment, at the wheel of which no one has previously sat (and has not subjected to various tortures, which the owners of used cars will never tell when selling) 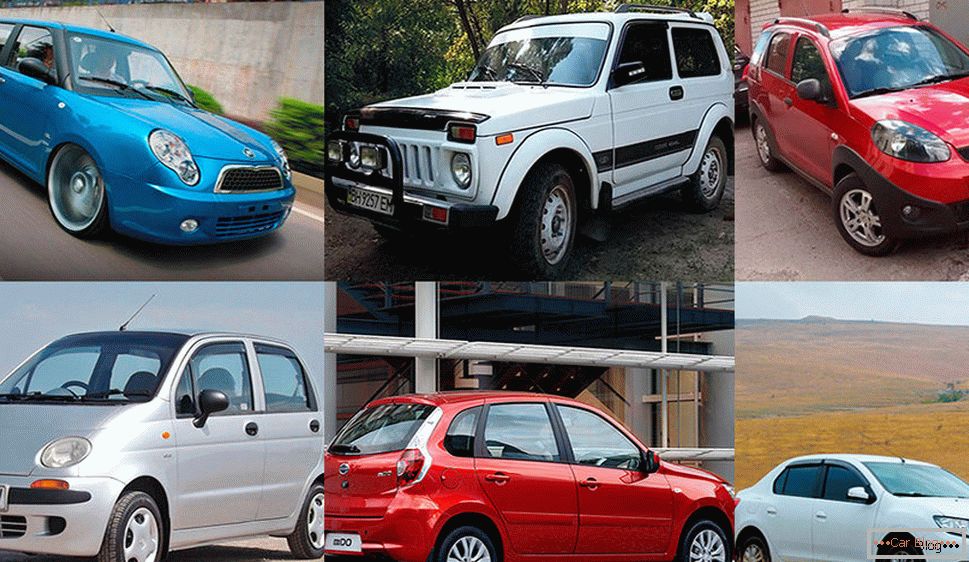 TOP best new cars worth up to 400 thousand rubles.

So, compiling a rating of new cars up to 400,000 rubles, we chose the most optimal vehicles, the level of quality and reliability of which fully corresponds to their price, as well as the wishes of motorists. The following parameters were taken into account:

Deserves an honorable first place in this ranking. For 400 thousand rubles you can get a car equipped with a 1.4-liter engine with 75 horsepower. The maximum speed that this machine is capable of developing is 170 kilometers per hour. Note that the speed develops pretty quickly. The speedometer rises to 100 km. in just 13 seconds. Other benefits include:

For the money you can buy Renault Logan in picking "Comfort". 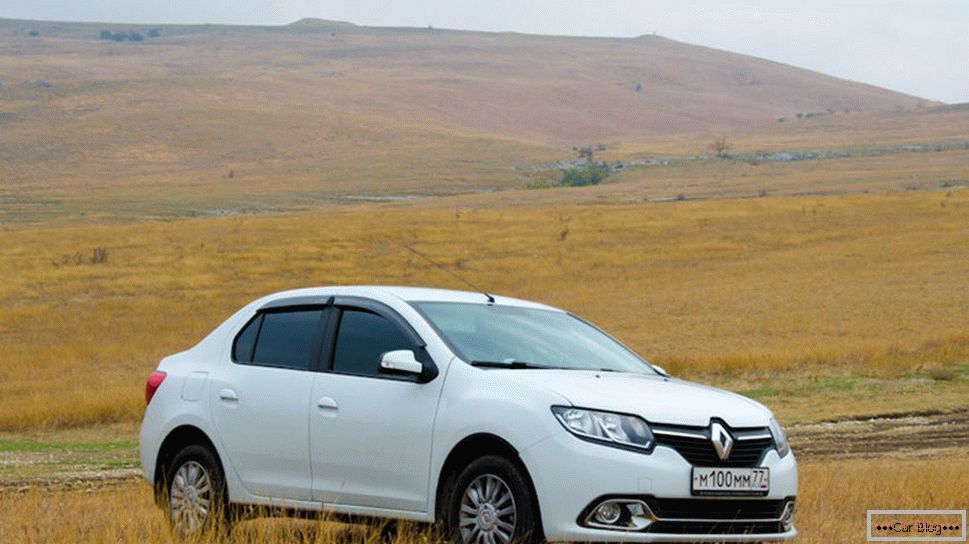 Reliable and safe car, which can be purchased in the cabin up to 320 thousand rubles. It is a crossover as standard. Manufacturers managed to achieve a good cross due to increased clearance. The ideal choice for family trips out of town, to the country or to nature. On average, consumes 7.5 liters per hundred kilometers. Cars equipped with a motor, a volume of 1.3 and 83 "horses." The maximum speed that the crossover develops is 160 kilometers per hour. 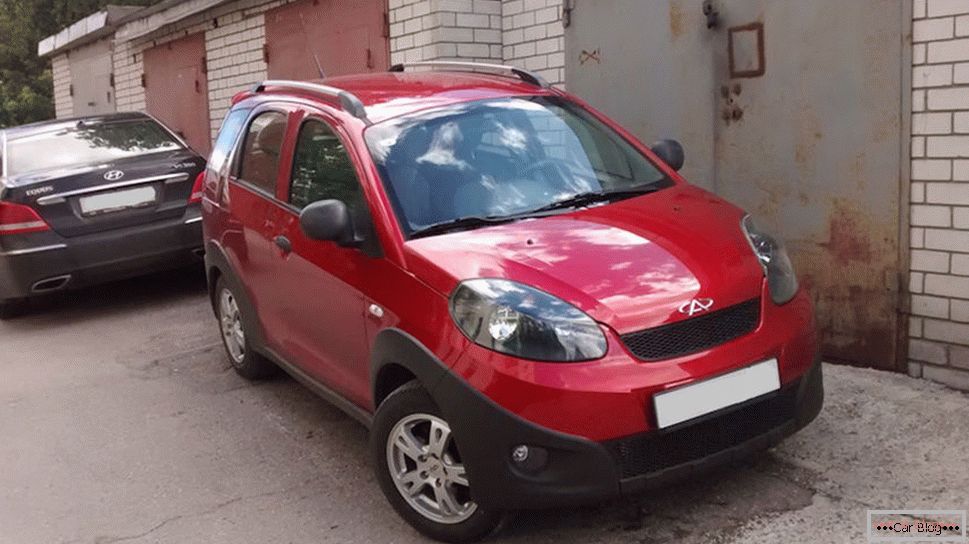 The car is created on the example of the British Mini One hatchback. Budget and quite nice car, which will differ from other cars in the city traffic. The developers also created the interior of the car on the example of the Mini One: a large speedometer, black plastic, pseudo metal inserts, and a round control console. Everything would be great if it were not for cheap plastic, the smell of phenol in the cabin, flaws in the assembly and squeaks.

In general, a great option for those who want to get the original vehicle for relatively little money. So, the complete set of the car includes: 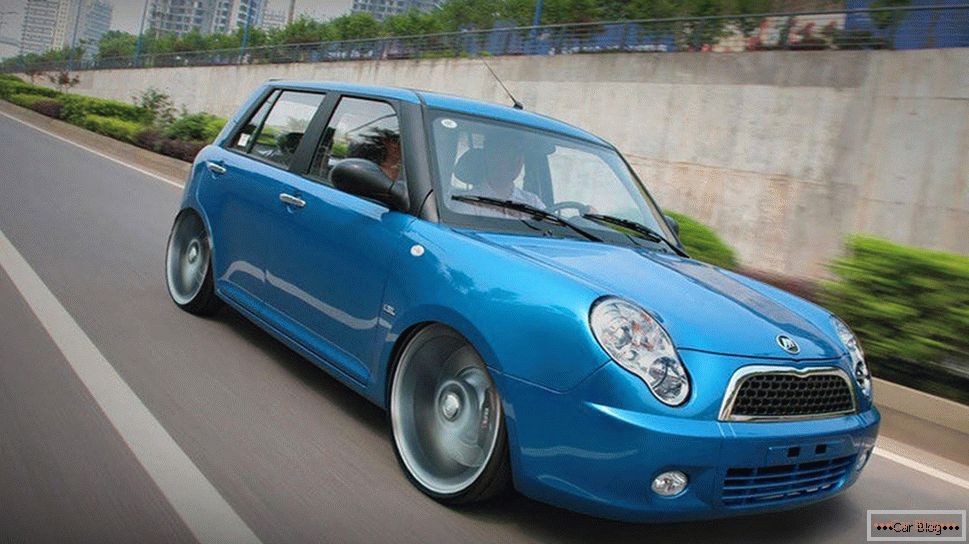 The car is equipped with a 1.3-liter engine with 89 horses, accelerates to one hundred kilometers in 14.5 seconds. The maximum speed developed is 160 kilometers per hour. Equipped with a five-speed gearbox

adom.ru. The same car with the "automatic" will cost 480 thousand rubles. There are downsides to this car - unreliability. Already after 80,000 mileage transmission makes itself felt. The best option in this case is to sell the car before the breakdown begins to manifest itself.

Very profitable purchase. Although the car is small, but four passengers in it will be very comfortable. And thanks to its compactness, it will be much easier to find a parking space than other road users. The volume of the trunk is small, but to solve this problem, if necessary, large-sized things can be translated by folding the back seat. For this money you can buy a car in almost the maximum configuration. So, up to 400 thousand rubles, you can get the following options: 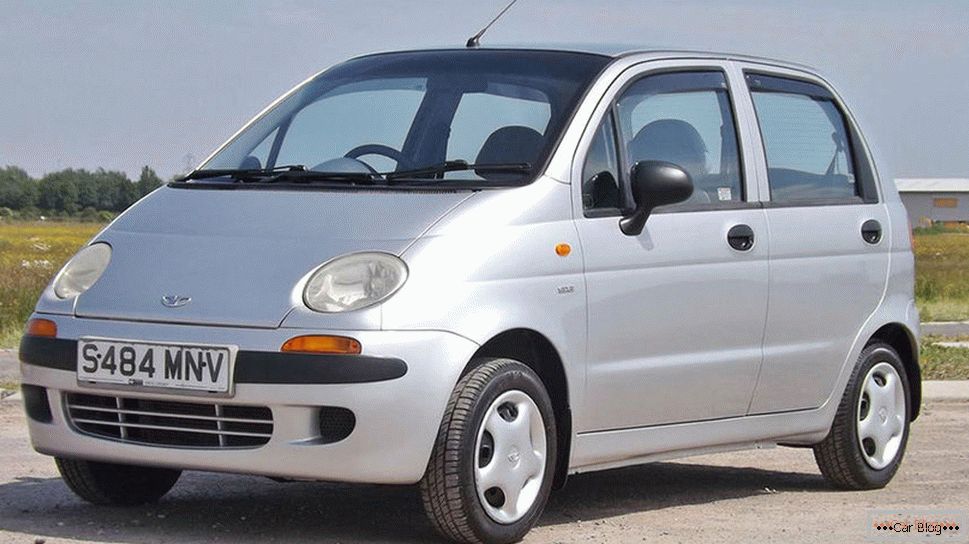 Motor "weak", has only 0.8 liters (this is quite enough for a measured drive in urban environments). Gearbox - mechanical. Minus cars - a fairly large fuel consumption per hundred kilometers, which is 9 liters. The disadvantages include a low level of controllability, “windage” (car blows off in strong wind), as well as a simple design.

Good handling, cornering, expensive interior materials, insulation - the main thing that distinguishes this car from the "brother" Kalina. In addition, this car is much more comfortable and safer. Despite the fact that the Japanese did a good job at the level of reliability (we recall, they developed this vehicle based on Kalina and Grants), they still failed to achieve maximum results. The car is equipped with a 1.6 liter engine with 82 or 87 "horses." With such characteristics, the vehicle uses quite a lot of fuel - 10 liters per hundred kilometers. 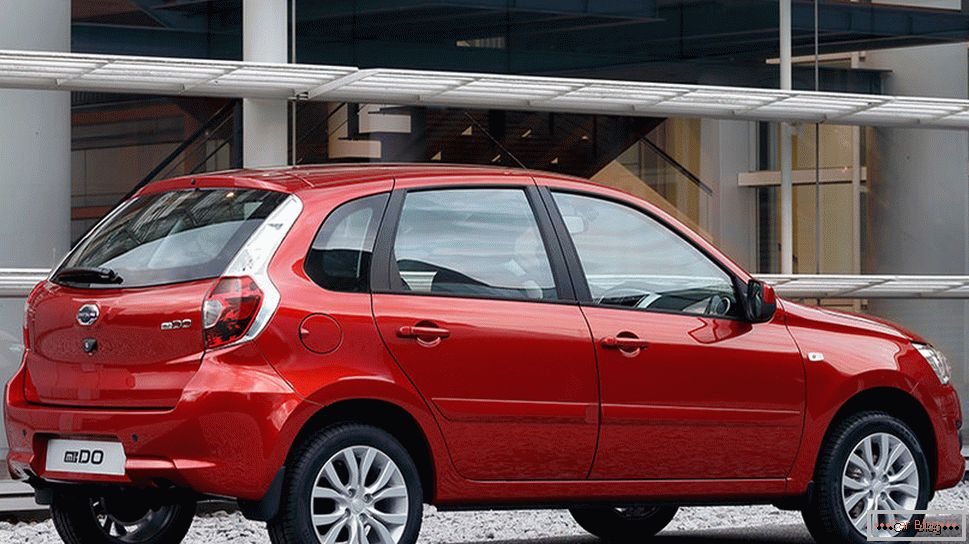 An excellent choice for those who often move on the highway, as well as on roads with mildly "not the best" traffic (and in our country there are more than enough). Buy a car with the same characteristics, investing in 400 thousand rubles, is simply impossible. Therefore, it is not surprising that Niva is still produced by AvtoVAZ and enjoys such great popularity among domestic motorists. Four-wheel drive, decent ground clearance, transfer gearbox, variable speeds, high exit angles, and exit - the remarkable qualities of this vehicle, which will be useful when driving on snow, dirt road, mud, sand and so on. In terms of cross-country ability, the Niva will easily give odds to a more powerful car, and SUVs are completely out of competition.

Will cost a new car to 400 thousand rubles. For this money, you can get a car in a rather scanty basic configuration, including: an Isofix mounting (for the safe transportation of the smallest passengers - children), as well as power steering. 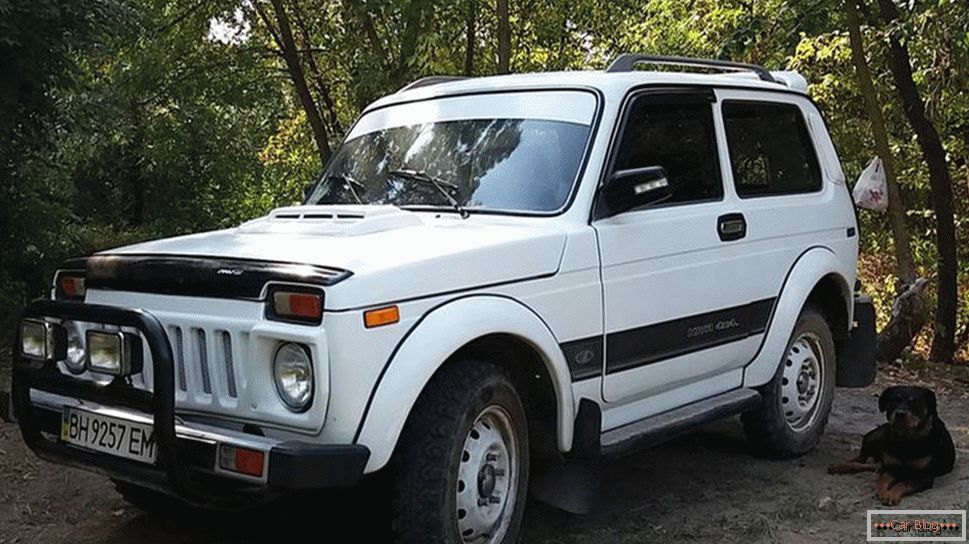 Niva can not boast a high level of comfort. The design of the car has not changed for the past 20 years, so you should not count on a special interior. Noise isolation is not at the highest level. Also, the disadvantages include a small amount of luggage, the use of cheap finishing materials in production, a mediocre level of visibility, only a manual gearbox, there is no possibility to adjust the steering wheel.

Note that rather simple design will not allow to stand out from the background of other cars in the city traffic. Motor Niva has a volume of 1.7 liters with 81 "horses." Up to a hundred kilometers an hour does not accelerate very quickly - in 19 seconds. The fuel consumption will not please either - the car consumes 11 - 12 liters per hundred kilometers.

Separately, it is worth noting the maintainability of the vehicle. Due to the simplicity of the design, skillful car owners can do the repairs themselves, significantly saving money on the services of car-care centers. Separately, it is worth noting the relative cheapness of spare parts and components Niva. However, an outdated vehicle design is in itself a source of problems.

Buying a car from the salon, you can be sure that during the first few years you will forget what a car-care center is and why it is needed. Sat down and went, without any problems, knocks and other troubles - this is the main advantage of new cars. 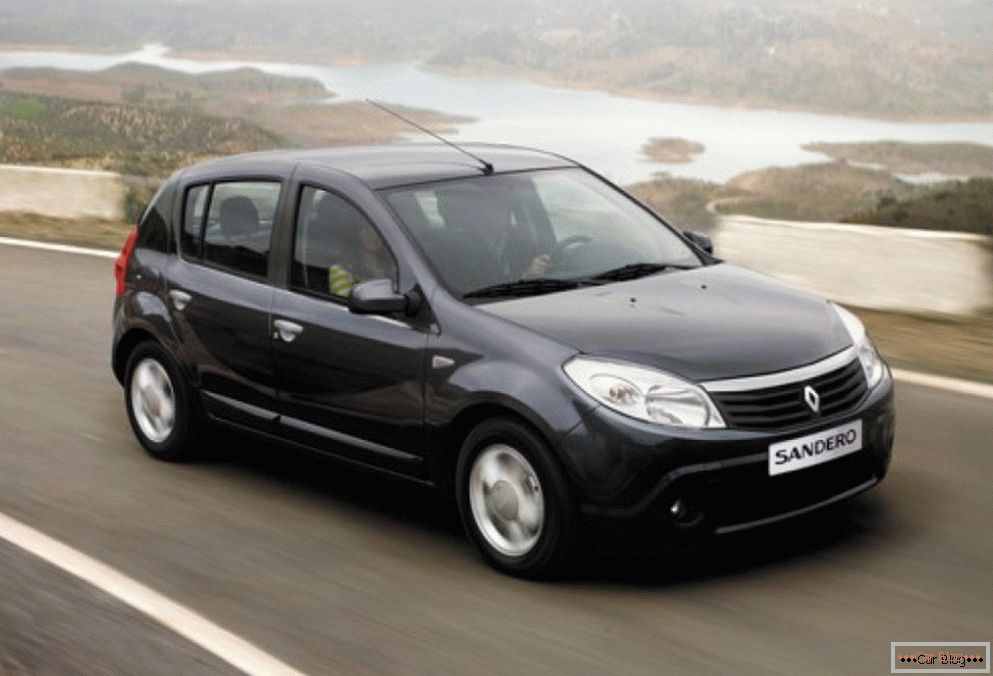 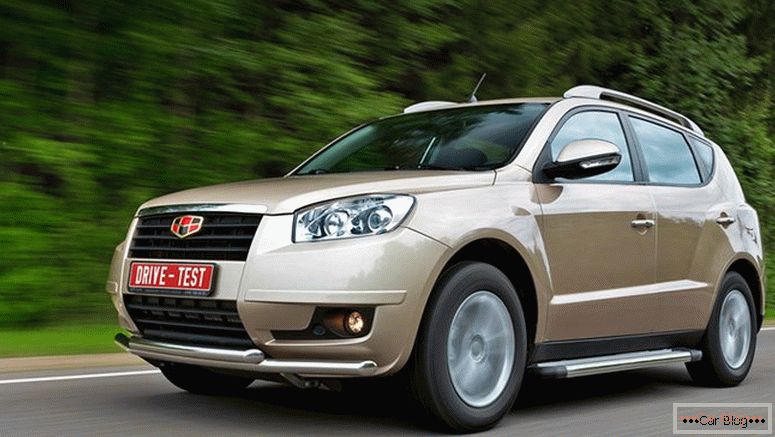 Cheap suvs are very cheap and a bit more expensive. 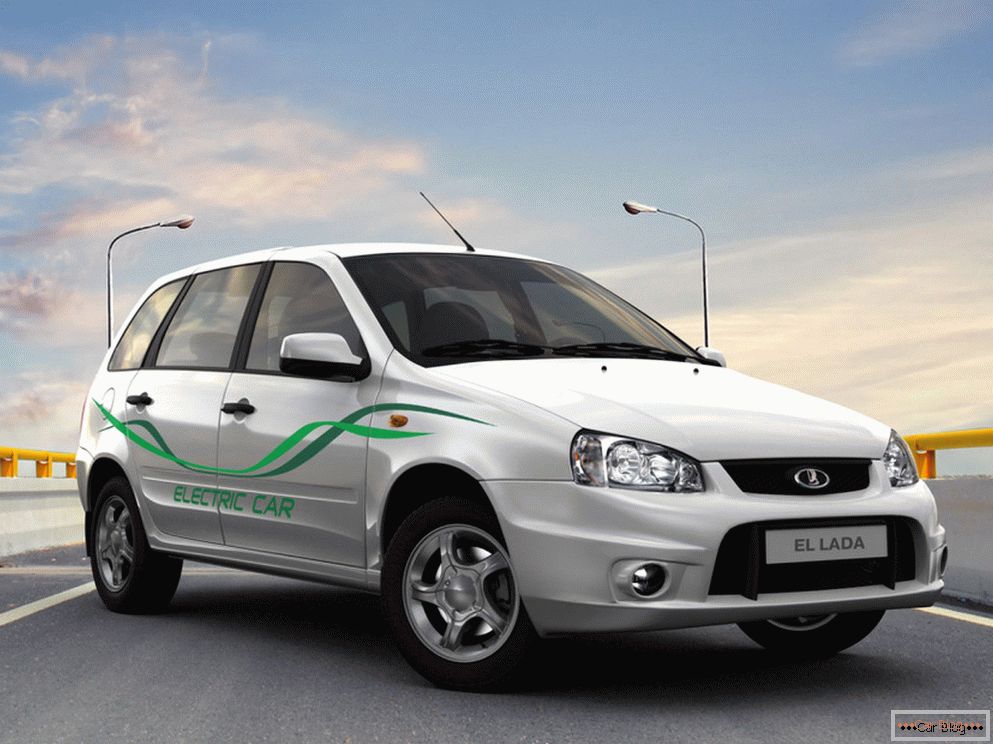 The french have presented a new renault grand scenic