Increasing traffic makes drivers pay attention to road infrastructure. The abundance of all kinds of signs and pointers implies timely and competent execution of their instructions. Such driving assistants include the “Give way” traffic sign in traffic rules.

For convenience of perception, the indicators from the priority group are designed to have a triangular shape. What does the "Give way" sign look like? It is framed on the inner perimeter of the red border. Thanks to this visualization, it is possible to concentrate on the information content. The task of the triangular sign is the warning of motorists moving along a secondary road, that a junction with the main road is expected not far away.

Due to the inverted down one of the angles, the pointer unlike the analogs is easily and quickly read at almost any distance, and is also perceived even in bad weather and lack of visibility. This practice can be compared only with the use of the “STOP” sign, which resembles a unique octagon. Features are used for quick identification. 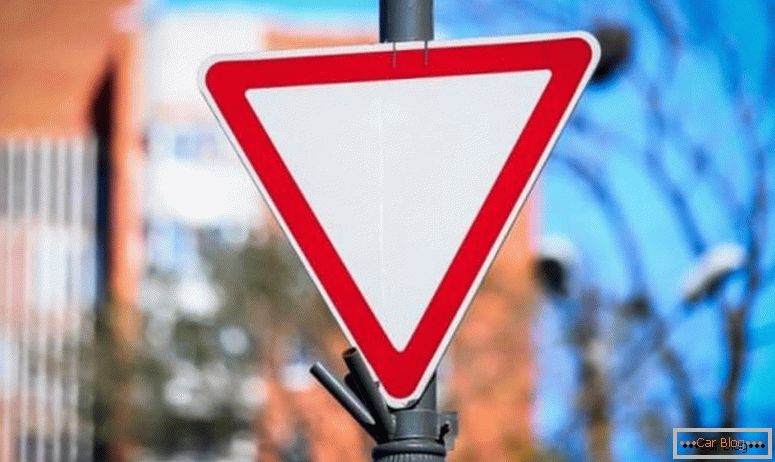 It is important to know that outside the “Give way” triangle has not changed almost since its adoption over a hundred years ago.

The informant has been involved in public roads since the beginning of the last century. However, in the past it had a different purpose, as it called on novice motorists to “not interfere” for other road users.

In reality, the surface of the triangle can be hidden due to external negative factors:

At the same time, there remains a unique shape and location, which warns the driver about an event on the way. If the sign had a classical form with an angle up, then with such concealments its meaning would not be read. Foreign road services, in particular European ones, add in the phrase “give way” in English.

See also: The timing of payment of insurance for CTP

The described sign is traditionally based directly at the intersection of the tracks. Also, it is entitled to use it as a pre-emptive signal, having mounted at some distance from the main one.

There is a pointer outside the cities and villages at a distance of 100-300 m from the intersection with the main highway. Then with it the plate with the indication of the distance to the specified object will serve as an obligatory plate.

Often, the area of ​​the sign includes a railway crossing. However, if a moving traffic light is provided at the crossing, the use of the sign becomes inappropriate, since it is leveled.

In most cases, it is possible to detect a pole with an inverted triangle during the exit from the primer to the asphalt.. It is also mounted in the area of ​​departure with the adjacent territorial object.

For security reasons, such an index is categorically unacceptable to neglect, because it is placed near different intersections, where visibility for the driver is often reduced. This increases the risk of accidents.

Local interpretation in the Russian Federation

The sign "Give way" at the intersection means that the driver traveling from his front should not interfere. It is understood that there is a ban on certain actions, as long as there is a risk to prevent other cars moving along a perpendicular path. You can not force them to reduce the speed or the implementation of unwanted maneuver. 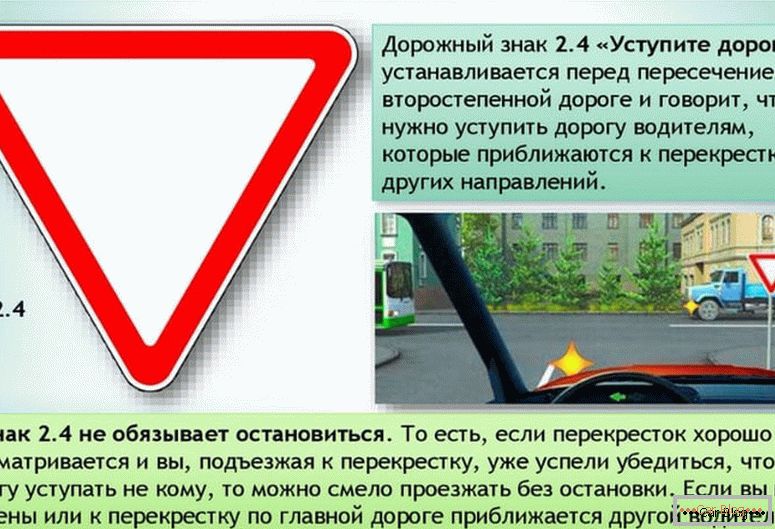 Give priority to the movement, giving way, you need those machines that move along the intersected highway. In such a situation, it is necessary to ensure unimpeded passage, slowing down significantly or stopping completely. You can continue your journey towards the sign in the case when your car does not interfere or when the track is empty.

Under the current rules, the 2.4 sign is allowed to be loaded with informative signs and other signs. In areas where the direction of the main road is implicit or it changes its direction, an additional indicator of its real direction is encountered.

See also: What will happen if you do not pay transport tax

Outside the city, before the intersection with the “STOP” sign, the road inspectorate places an inverted triangle in advance. This is done for 1-3 hundred meters.

Experienced drivers know that “Movement without stopping is prohibited” and “Give way” are very similar to each other. However, in the first case, a mandatory stop is required at the edge of the intersected roadway or to a white solid line applied on asphalt. In the second case, the mandatory stop of traffic rules is not provided. You can go with an empty road on both sides.

For ignoring the “Give way” sign, established according to the rules, the administrative code punishes the driver in the amount of 1000 rubles. If there is a traffic light installed on the highway, and it operates in the green light mode, then this is a priority for motorists. When switching to yellow mode, priority is given to the sign.

Also, while driving, you must make sure that there are no cars with blue flashing beacons. They traditionally take precedence over signs. It is recommended to necessarily reduce the speed, moving to a lower gear or even roll up slowly to such intersections. This rule applies to all types of transport, such as trucks, cars or horse-drawn.

It is important to pay attention to pedestrians who have the right to cross this intersection.. They are more priority than cars moving in any direction. You can often see a sign at regulated intersections. 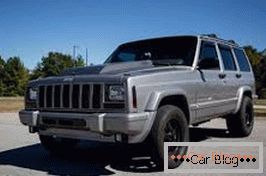 In the united states sell jeep cherokee 2000 with a v8 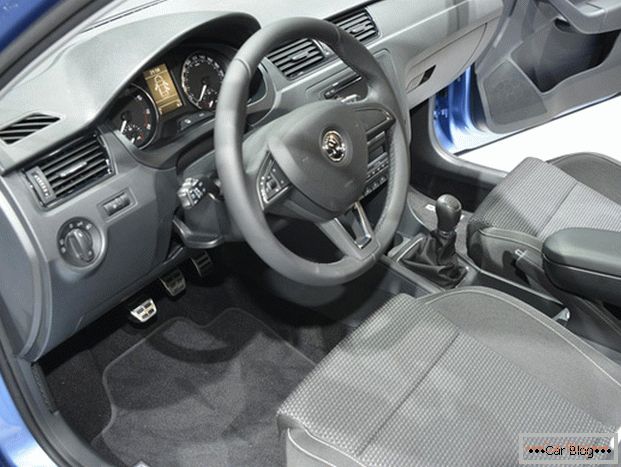 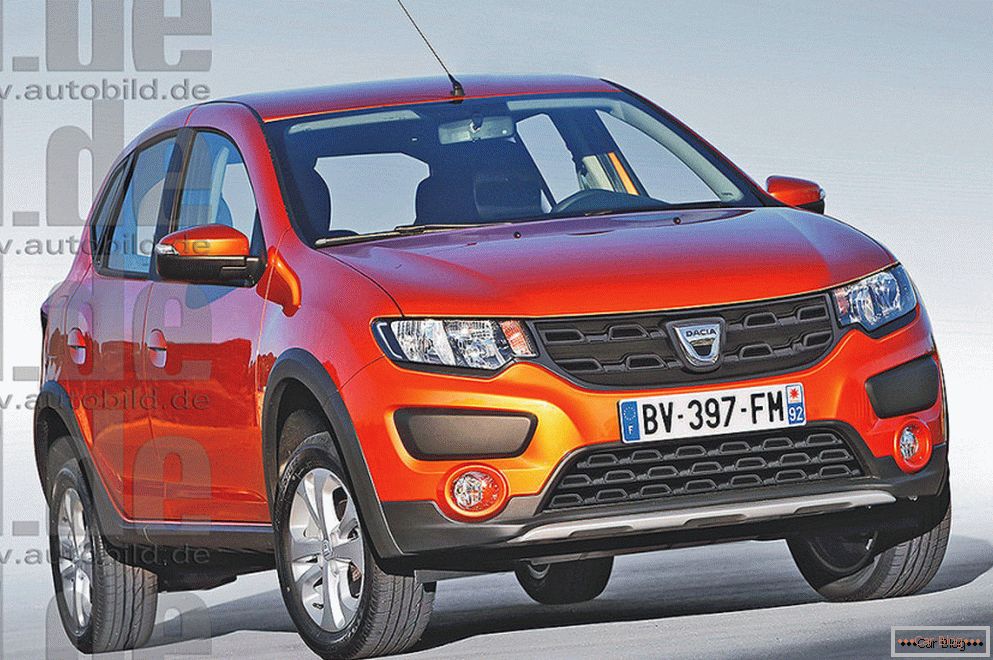 The second generation renault duster will be released in two