What is the penalty for driving without insurance

Compulsory third-party liability insurance (MTPL) is required to contribute to resolving disputes over traffic accidents. Neglect of this tool threatens drivers with financial punishment. About what the penalty for driving without insurance threatens the Russians, let's talk in this article.

Obligations to have up-to-date insurance in the car are enshrined in legislation. It must also be presented at the request of road inspectors, along with a driver's license.

If the driver was stopped by employees of internal organs, and he could not present a CTP insurance policy, then there are two scenarios. In the first case, it is assumed that the policy is at home, it is valid, but for some reason it was not in the car at that moment. Someone from close people or the car owner himself must provide the original document.

However, punishment is still impossible to avoid. The inspector must legally fine the offender for driving without a CTP insurance policy. The amount of the fine is 500 rubles. In rare cases, the punishment may be verbal warning. 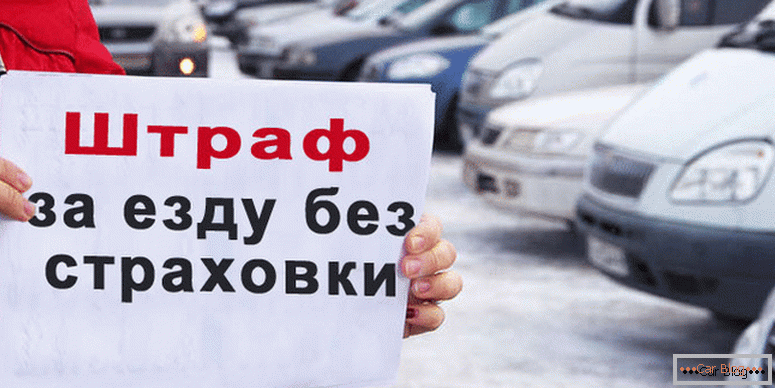 In the second situation of the current policy, the driver has nowhere: neither in the car, nor at home. The size of the fine will be more, the driver will have to pay 800 rubles under the protocol.

If there is a registered valid insurance for the car, but the person driving the vehicle is not specified in the document, then the amount of punishment will be 500 rubles.

See also: What is the penalty for parking in the wrong place

The rules and regulations concerning vehicles change quite regularly. A few years ago, car owners were given a fixed period of 30 calendar days for the reissuance of mandatory auto insurance. This rule was abolished in 2009. This type of penalty in the Russian legislation does not exist. 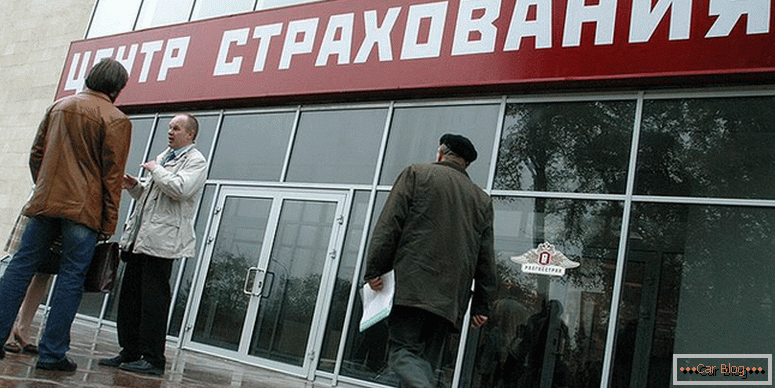 If the expiration date of CTP, then the driver has no right to use the car.

The very next day he must pay for the insurance and receive a confirming document. Accordingly, there is no delay in this type of obligation. There is either insurance or none. In the second case it will be a penalty for the lack of insurance, then have to pay the standard 800 rubles.

Without a policy, a traffic accident may also occur. Two variants of events do not exclude payment of a fine of 800 rubles. After that we reveal the culprit of the accident. If he was a driver without a policy, then he would have to compensate for material losses from his own pocket, no one is obliged to help. 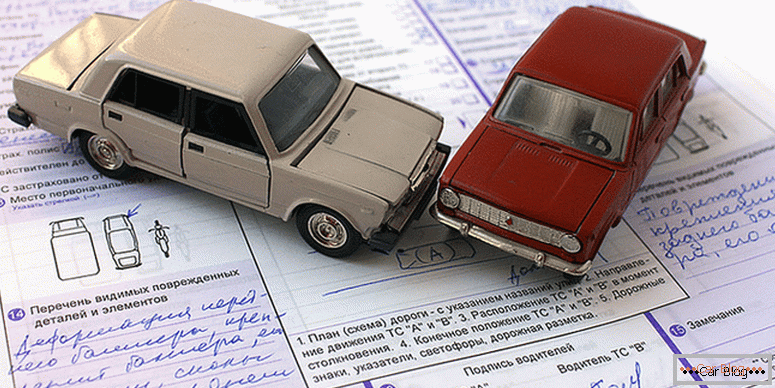 The absence of CTP is recorded in the documents that make up the inspector who arrived. An independent expert invited by the affected party will identify the amount to be recovered. In this trial must be the party of the offender. Her documentary is invited to this process. Most often this is done by telegram to clearly record the fact.

A more profitable way out of this situation is the pre-trial settlement of a financial dispute. After full recovery of the damage, it is necessary to take a receipt from the recipient of money on the absence of claims and further compensation, even after the discovery of hidden damages.

When a driver with an active policy is to blame for an accident, and the other party does not have such a document, the insurance company is obliged to indemnify the damage. However, the fine of 800 rubles will still have to be paid.

The punishment for driving without insurance until November 2014 from the traffic police was also expressed in the removal of license plates from the car until the violation was eliminated. Since it is impossible to drive without numbers, such a violation was considered too serious. Now this rule is not valid.

See also: What to do in the event of an accident, how to solve the issue with CTP 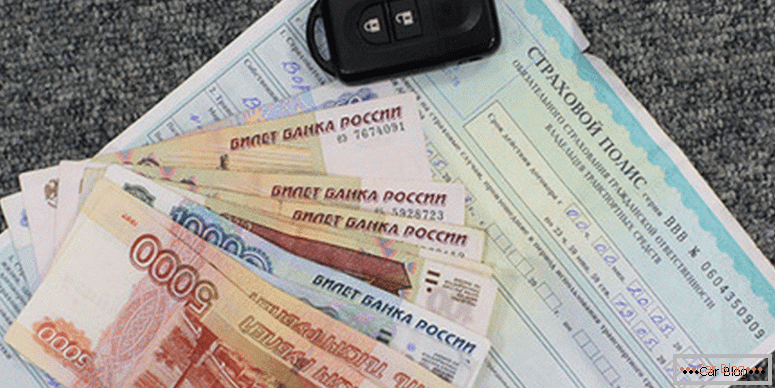 There is a new trend in connection with the rise in price of insurance not to acquire them at all. In some regions, the amount for the policy may for budget cars exceed 10 thousand. Therefore, drivers prefer to pay 800 rubles, hoping for infrequent fines. But in this situation there is a reverse negative side. Inspectors have the right to write out a fine for this offense an unlimited number of times. The amount of such fees may not justify this trick.

You must also be more careful and control the type of policy. The document may indicate only one driver or a limited list of people. Then for those who do not know what kind of penalty, if not inscribed in the insurance, we inform you that the amount will also be 800 rubles.

A driver without a CTP violates the law. According to the requirements of the regulatory acts of the Russian Federation, the policy must necessarily be in the car, otherwise the driver will pay a fine. The car owner will be at a disadvantage during the accident, both as the guilty party and as the victim. Although the license plates will not be taken from the driver, they can almost endlessly be fined an infinite number of times at every intersection for not having a policy. Overdue policies do not exist, it is either there or it does not exist. 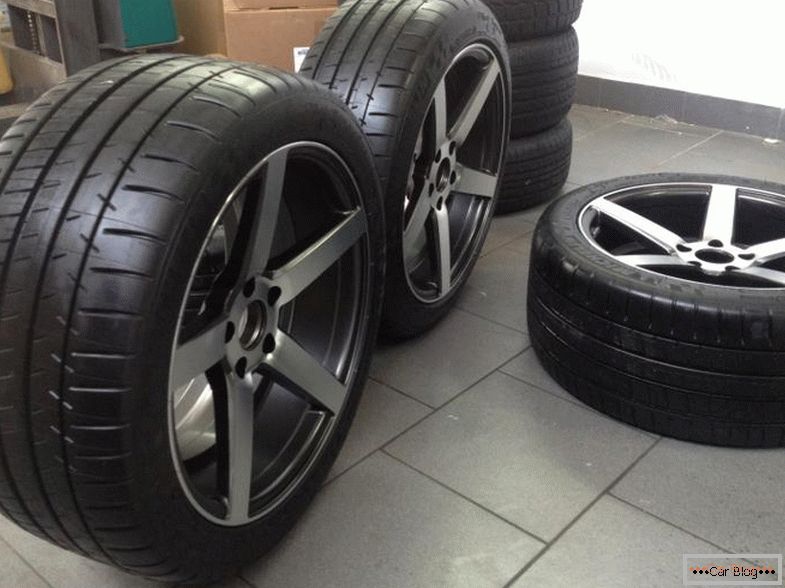 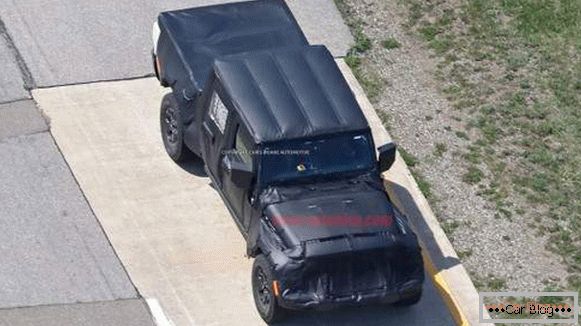 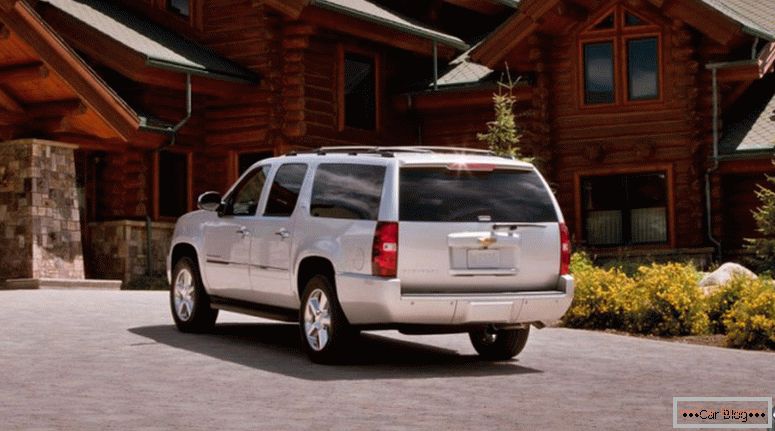