Disputes about which cars are more reliable - European or Oriental - probably will never end. And since the discussion does not lose its relevance, in this article we will also contribute to the traditional “debriefing”. Today we compare two models of the C-class, one of which was “born” in the Czech Republic, and the second in Japan. Octavia or Corolla - choose the best car. 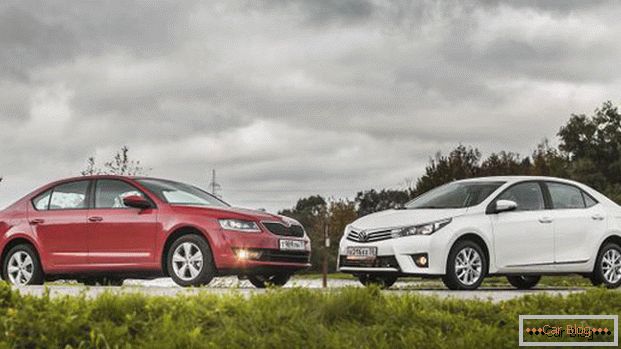 By tradition, let's start with an acquaintance. Car Skoda Octavia can be safely called the old-timers of local roads. We love this car. Such an arrangement of the model was achieved due to the advantage, which turned out to be hard to kill to competitors. So, the car is distinguished by German quality and is sold at a pleasant Czech price.

How did that happen? By the will of fate. The fact is that the first Octavia was released back in 1959. Then the car was without chic, but very efficient. The car performed and won in many festivals at the world level and, in general, showed great promise, but ... In the early 70s it was removed from production. 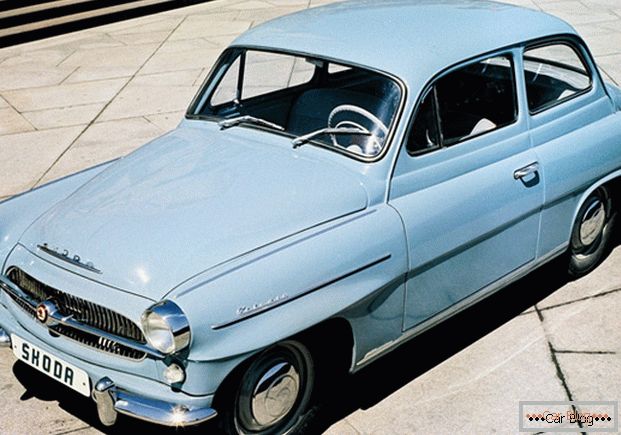 And it is likely today we would not go to the Octavia on federal highways, do not buy up the German concern Volkswagen. It was after the change of ownership, it was decided to resume production of Skoda Octavia.

A similar dramatic story of the revival of Toyota Corolla against the Skoda Octavia, perhaps, will not be able to. But the interesting facts in the biography of "Japanese" also do not hold. Judge for yourself…

The car first came out in the 60s of the last century. (closer to the middle). From then on, the car has been acquired by over 32 million customers. 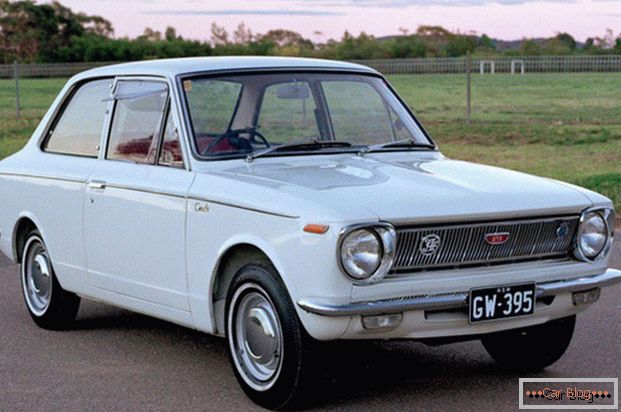 One of the most popular was the rear-wheel drive model with a transverse engine. These machines took more than ten million copies.

In the ninth generation

Since the release of the first car has been almost 50 years. During this time, Toyota has given to the nine generations of the Corolla. Every day, about one million Toyota Corolla rolls off the assembly line of Toyota. In Europe, the Corolla "occupied" about 20% of the market.

Through the eyes of sales

Entertaining and sales statistics Corolla in Russia. For example, in 2012, compatriots acquired 33.2 thousand "Japanese". At the same time, over 52 thousand motorists bought the Czech Skoda Octavia ... Why such an advantage? Does this mean that Toyota is worse? Comparing Octavia and Corolla will help to figure out and find the answer to this question.

If we compare the Corolla and Octavia on the exterior, we can clearly see the characteristic "geographic" features.

For example, Octavia in Europe is distinguished by intermittent, pointed lines. The car is stately and presentable. Although once inside, you realize that the car is not really as impressive as it looks. Yes, there is enough space in the cabin, but there is a sediment of deceived expectations. 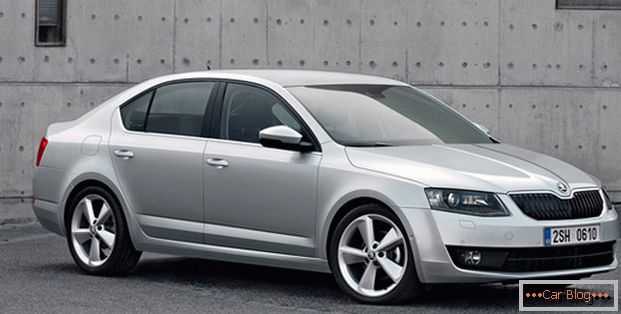 But in the Octavia is very capacious luggage compartment (528 liters), which also can be increased by folding the rear sofa. And still pleased with the quality of finishing materials. Everything is at a very decent level.

Corolla or Octavia - often this choice can drive to a standstill. After all, there is something similar in their appearance

adom.ru. For example, in the Corolla also the body is made non-coarsely, its silhouette is smooth and stylish. But Corolla vs. Octavia is much more spacious, the cabin is more spacious and comfortable. This car also boasts an expensive interior and a big boot (but it is smaller than 452 liters in Octavia). 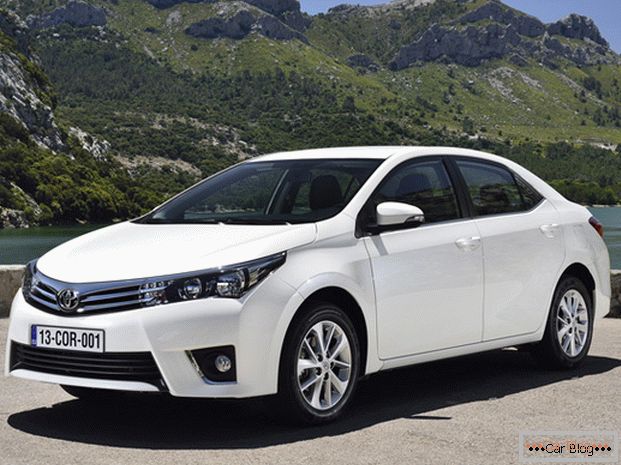 How does the heart beat?

What is under the hood of our rivals? For Toyota, the manufacturer has provided a set of gasoline engines for 1.3, 1.6 and 1.8 liters. They give out from 100 to 140 "horses". You can choose a complete set with a manual transmission or CVT. True, for the 1.6-liter engine is available only manual transmission.

The competition Skoda Octavia vs Toyota Corolla flows into the plane of safety. Interesting that in terms of emissions, the Corolla is the most harmless car in the entire toyotovsky line. This, respectively, has a positive effect on the efficiency of the model. 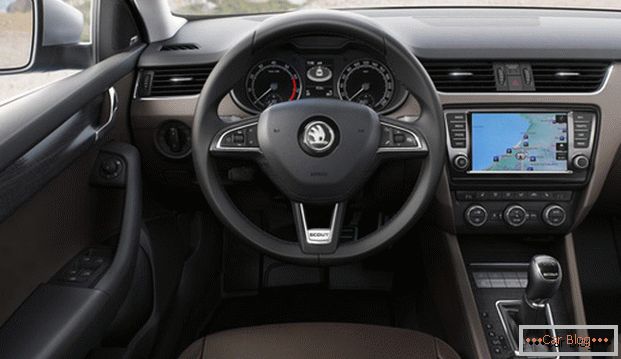 To protect the crew, the manufacturer literally stuffed the car with electronics: ABS, TRC, EBD, BA, VSC ... There is even a US that helps to climb the hill, and SIPA for comfortable and trouble free parking.

Car in all versions with LEDs.

What can Octavia oppose in this criterion? There is also an electronic parking attendant. The machine is equipped with nine pillows and three-point belts. There are also special mounts for children's car seats.

What kind of "stuffing"?

It is also interesting to see who is more advanced in terms of additional stuffing - Skoda Octavia or Toyota Corolla?

Here, for example, in the Octavia "sewn" cool navigator. In this model there is also a cruise control, USB-box in the front panel. It is possible to connect an additional audio system with audio amplifier. 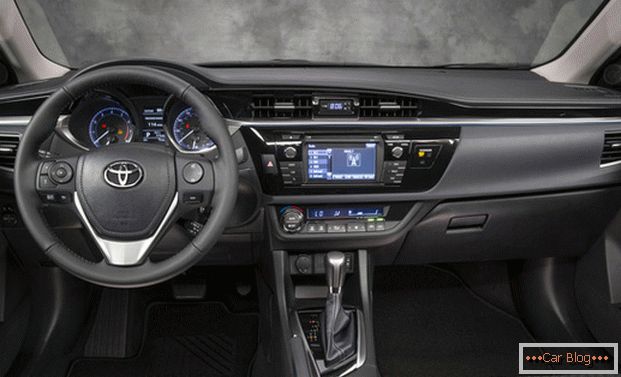 Toyota has its own proprietary multi-modern radio navigation system. It provides a touch screen, multilingualism and a palette of options to connect the phone and the infotainment part of the “brain” of the car.

By the way, choosing the Skoda Octavia or Toyota Corolla, assess the climate in which the car will be operated. Thus, according to observations of experienced, “Japanese” is more suitable for cold regions. This is simply explained: the Octavia turbocharged engine “slows down” with strong drawbacks. Corolla in the winter can be left even in the uncovered parking. But Octavia at the expense of high ground clearance feels fine in the woods or on a primer.

How are we going?

Now for the ride quality. This is what independent test drives show. Toyota will appreciate good handling. The car listens to the driver, does not think when executing commands. Overtaking? Easy! Slowing down? Easily.

True, the Corolla may seem slightly phlegmatic, because adrenaline and drive from it is difficult to achieve. On the other hand, what's wrong with that? After all, very many drivers just aspire to a reliable and quiet ride.

As for the Skoda, then in its controllability, too, no doubt. On a good canvas for Octavia there are no questions at all, but for bumps the car is sensitive and the passengers can well shake. Of the shortcomings - due to liftbekovskogo trunk visibility is lost a little.

At cost. The basic variation of Octavia can be taken for approximately 770 thousand rubles, and the cost of the car in the deluxe version reaches 1 million rubles.

So, the Skoda Octavia vs Toyota Corolla duel is over. What do we have in the end?

It is impossible not to notice that both cars are at a very decent level in terms of both build quality and finish quality.

But if you are looking for a car in which you can travel with your family and transport good-quality goods, then your choice is Octavia. In addition, it is cheaper.

But for those who are in favor of a calm and safe ride, a reliable, frost-resistant Corolla is better suited. She is literally crammed with various security systems and sharpened by a soft ride. True, pay for the "Japanese" will have more. 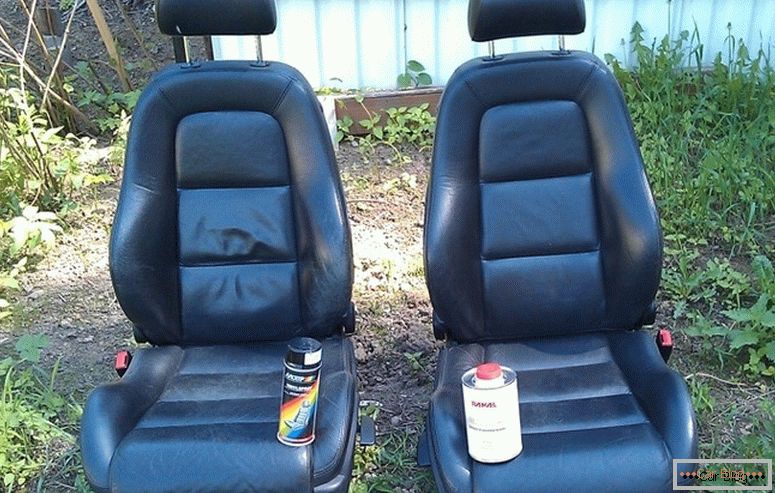 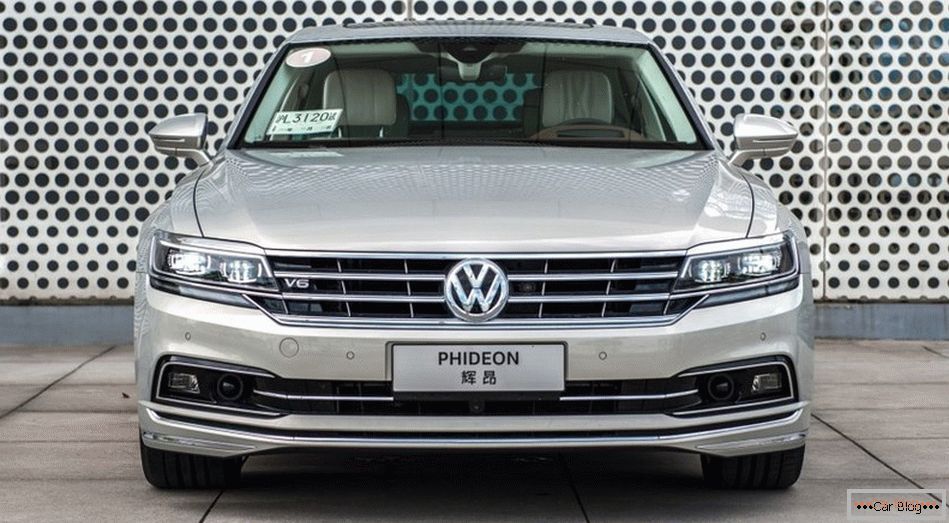 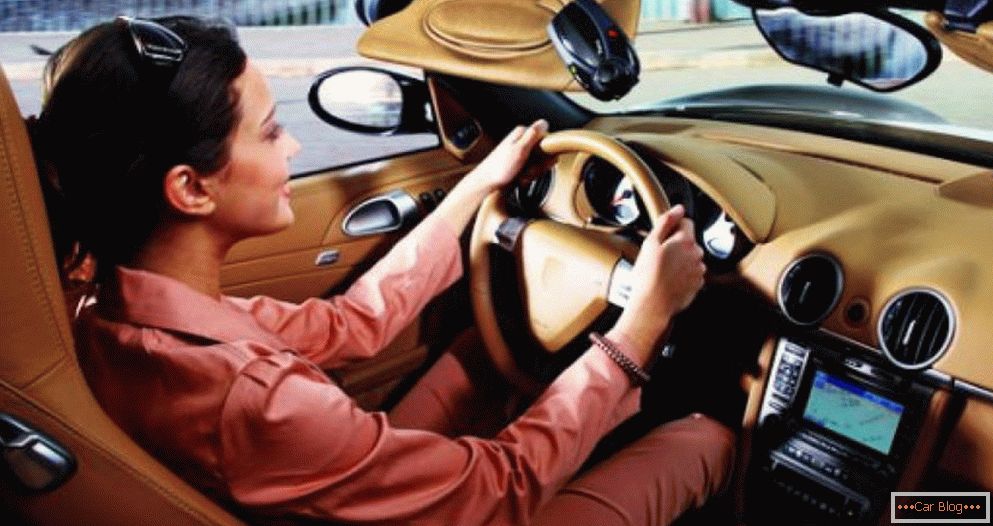 Jeep and dodge suvs again came under review in russia

Choose the best air filter for the car

The best crossovers of 2013