It is no secret that tire manufacturers produce a wide range of their products, capturing all segments of the market. After all, not everyone can afford to get the most expensive tires. The budget segment brings substantial revenues to rubber manufacturers, because they pay him quite a lot of attention. Winter tires make increased demands in terms of stability on the road surface, traction quality and maintaining the car’s handling on slippery roads.

Choosing a budget tire for winter

Before you start choosing the best tires in the budget segment, you should know what types of tires it shares.

A total of cheap, expensive and average winter tires for the price are divided into three categories:

Each type has its own characteristics and is designed for certain weather conditions. Therefore, it is important for the buyer to know in favor of which option he should lean and why.

Almost 80% of the entire Russian market of winter tires is occupied by studded tires. Because the choice in their favor is the best and most secure, given the climatic features.

Now to the question of what kind of winter tires really good in the affordable price segment.

An important advantage of the modern range is a great attention to the budget segment from the leading tire manufacturers. They are developing technologies to improve and improve the characteristics of their expensive rubber. Then these technologies, tested and tested in practice, are already applied to budget tires.

This has a positive effect on the final quality and technical characteristics of the models. This approach to the production allows for a little money to buy a really good set of winter tires.

At the same time, their leaders were formed, which included tires of the following tire manufacturers:

Now let's go through the applicants separately so that you can choose the best budget winter tire for you. Each has its own requirements. Each of the presented winter tires is good, effective, has certain advantages, but also has its drawbacks. The car owner will have to make the final choice himself. 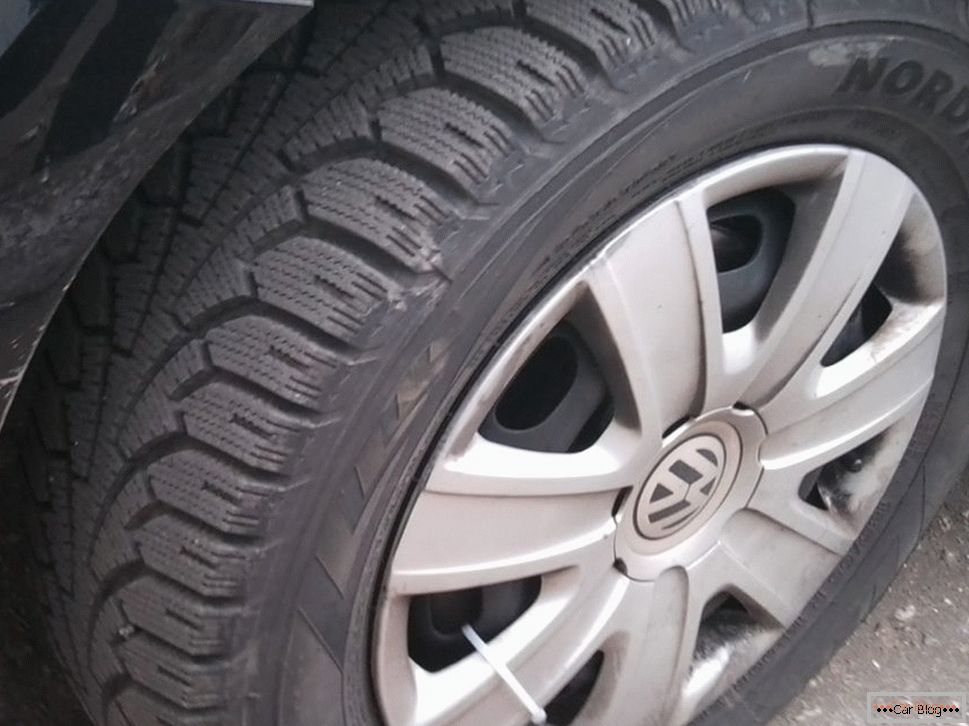 Nordman is in high demand in the Russian market

The representative of the company Nokian, which is in high demand in the Russian market among sticky tires. Many experts derive this rubber in the first place among non-studded models.

Manufactured tire based on Finnish technology in the Russian production facilities received positive reviews. The strong qualities include good dynamics and braking in ice conditions, confident behavior on a snowy road, as well as the ability to overcome quite serious snow drifts.

As for the minuses, the velcro is not efficiently accelerated and slows down on wet asphalt, and also emits extraneous noise. Although it is not so important for many drivers, since in winter the car behaves louder than usual in any case. 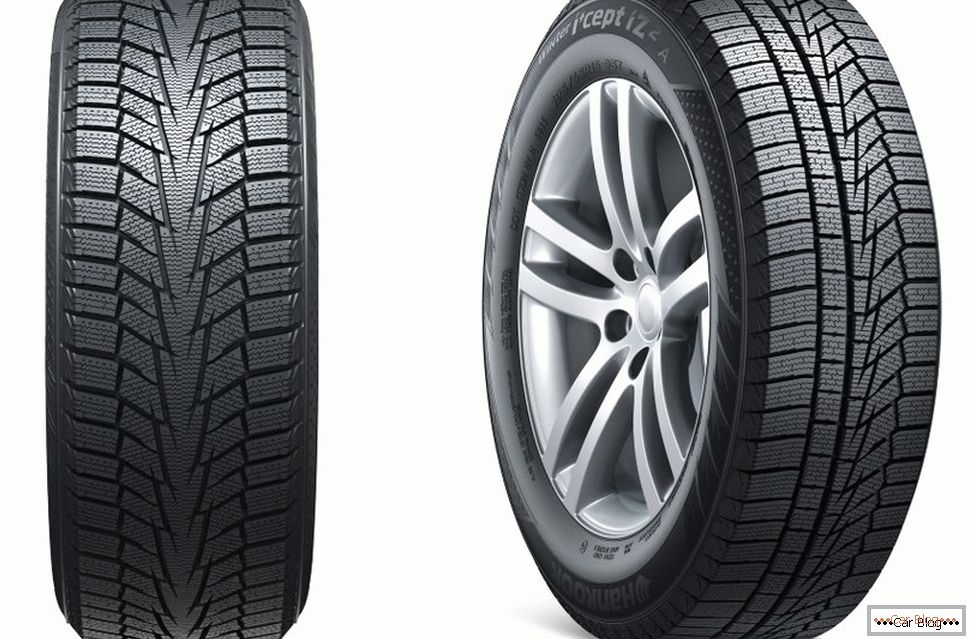 Popular model of inexpensive rubber velcro with wedge-shaped pattern, developed by Hankook company. Tires confidently behave on a snowy road surface, as well as predictably affect the behavior of the car on ice.

You should be careful when driving on wet asphalt, because the dynamics of acceleration is reduced and with a sharp start can tear the axis, bringing the car into a slip.

But if you prefer smooth and measured driving, then these shortcomings will not seem significant to you. 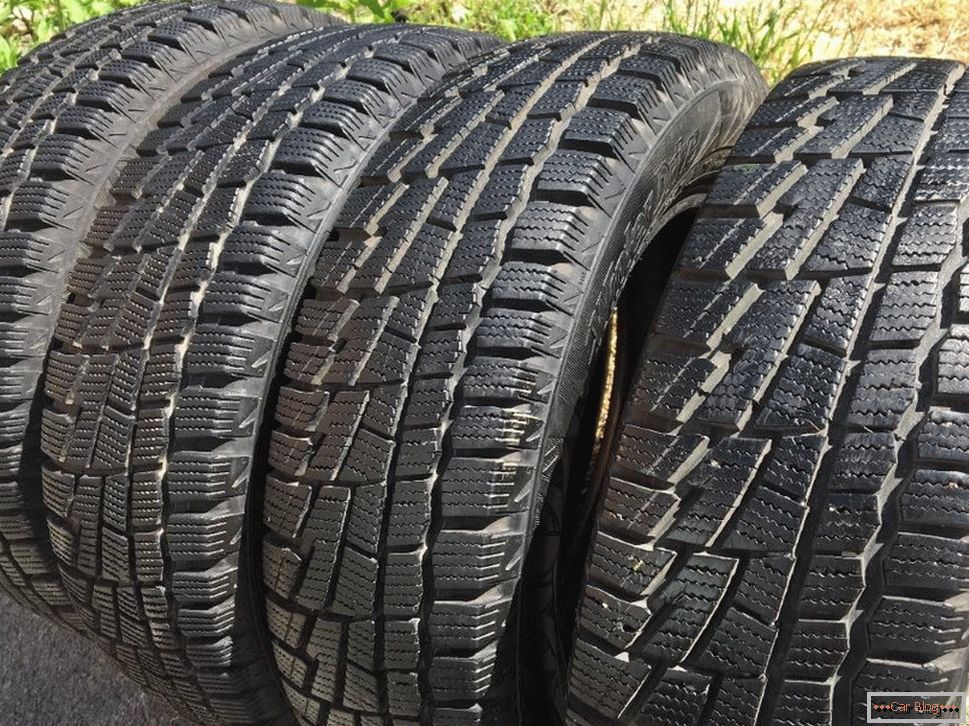 In terms of price and quality, such velcro-type tires from Cordiant look interesting. Yes, they are not worth waiting for the adhesion properties of the coating inherent in studded tires.

With their tasks to ensure communication between the wheels and the snow-covered canvas, tires cope well, although they do not behave so confidently on the ice.

Asphalt is not a priority condition for the operation of these tires, as there is a weak trend. Be careful on the ice, do not try to accelerate sharply or go into corners at high speed. 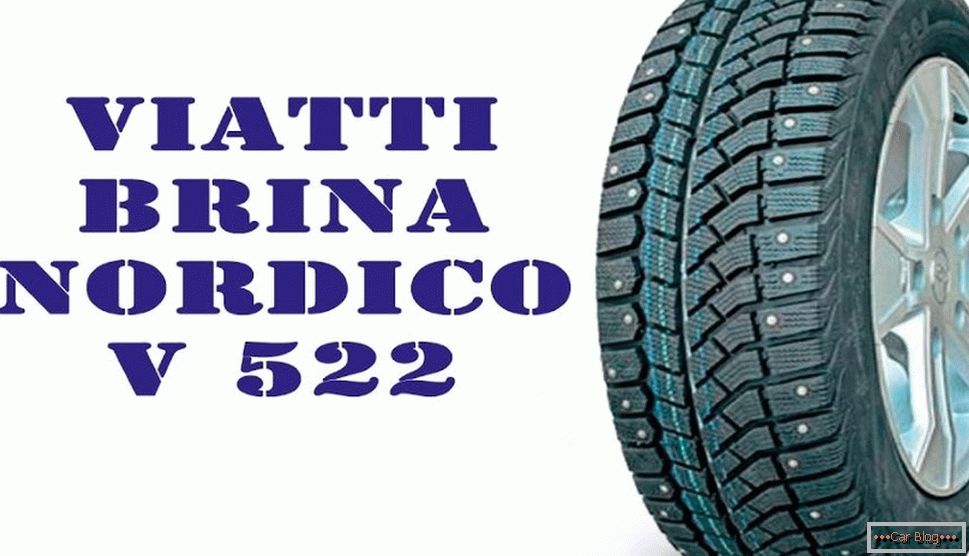 Model studded rubber, manufactured under the brand Viatti. The domestic manufacturer did a great job on the spikes and the tread pattern, providing tires with confident behavior in the conditions of the snow-covered road.

High demand for rubber is easy to explain, because engineers from Continental and Pirelli participated in the development, although the price is about 2,000 rubles.

The tread is designed so that the inner part ensures adhesion with the road during rectilinear movement, and the outer pattern ensures stability when entering turns.

The disadvantages include insufficiently effective grip when driving on icy roads, as well as the creation of a high level of noise. Spikes work efficiently, but loudly. 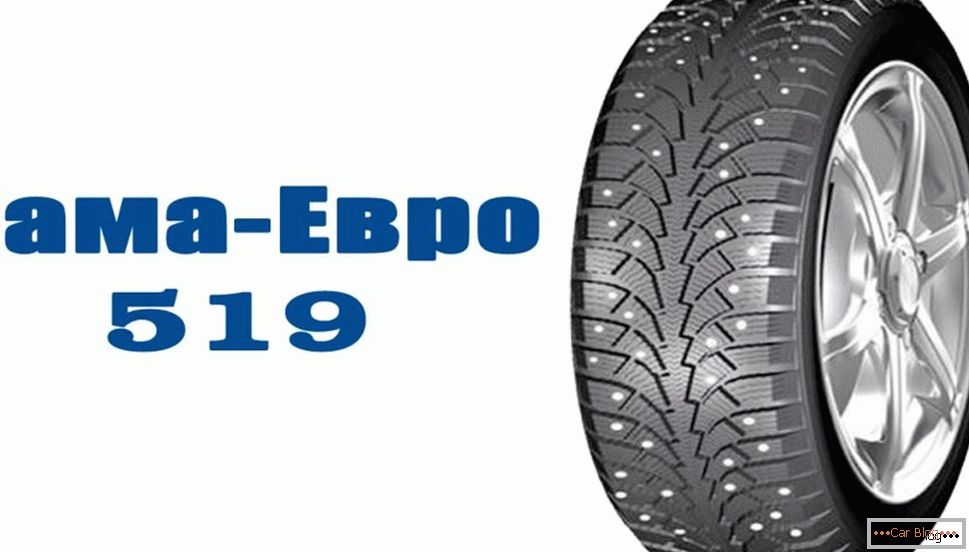 Two-layer model of tires with spikes

The result of the work of Kama engineers is one of the brands of the largest Russian tire manufacturer. We are talking about the company Nizhnekamskshina.

This model of tires is a two-layer using spikes. The lower layer is made tighter to ensure good wear resistance during operation, as well as more reliably fix the spikes. The top layer is softer and is designed to maintain the elasticity of the rubber composition.

The manufacturer claims that this kit was specially developed for Russian climatic conditions and severe winters. In practice, it is possible to note insufficiently confident braking on wet asphalt, as well as weak braking on ice. Although the snow tires brake perfectly, as on dry pavement. Snow-covered roads pass effortlessly. 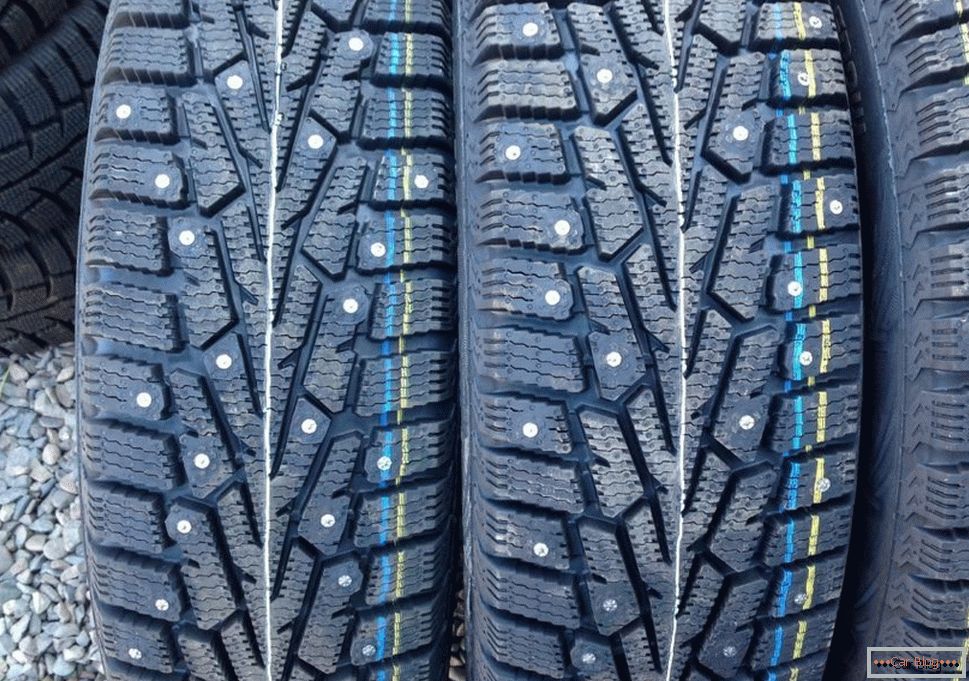 The development of the company Cordiant, which is positioned as studded low-cost rubber budget segment.

It has a directional tread pattern and is adapted to the Russian climate. Therefore, it is characterized by increased wear resistance, good directional stability and excellent braking on snow, rolled snow and ice.

For the manufacture of spikes used silicon, extending their life and protects against the premature departure of the elements. The disadvantages include poor permeability in conditions of loose snow, as well as complaints about the quality of braking on asphalt. But with a measured ride, these disadvantages are not very noticeable. 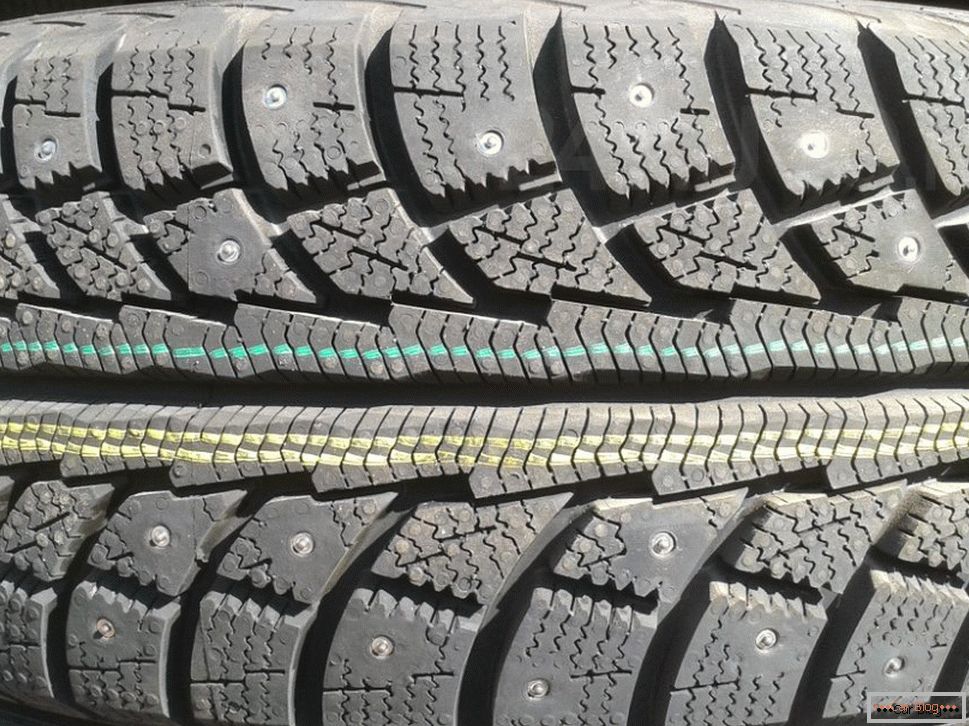 Tires of the Slovak brand Matador

Tires from the company Matador. This is a Slovak brand that is part of the Continental concern.

Rubber is equipped with high-quality spikes with a reliable and durable design and protection from premature departure. Their body is made of aluminum, which reduces the overall weight of the rubber and protects it from the negative impact on the road without destroying it.

The car in such tires confidently behaves on asphalt, rubber is resistant to wear, well clings to ice and snow. Some complain about the extra noise, but compared to many competitors, this studded tire is very quiet.

Sava tires are in great demand

Rubber from the company Sava, which is part of Goodyear. From here and an appropriate level of quality, and huge demand, and popularity in the Russian market.

For these tires, the developer used new technologies, provided a unique design of the tread pattern, a competent arrangement of spikes and a large number of lamellae.

As a result, the car on this rubber clings well to the ice, produces a minimum of noise, and excellent brakes on the asphalt. Claims can be made to poor handling on icy roads. But with a measured driving style the car behaves confidently.

Tires from the Formula Pirelli sub-brand. Rubber has quite good frictional characteristics when driving on wet asphalt, confidently accelerates on snow-covered, rolled roads.

The advantages of the kit include a slight effect on fuel consumption. However, some consumers have noted an increased level of noise and slow acceleration in thick snow.

Given the price-quality ratio, this is a decent copy for the Russian winter and large cities, where the roads are regularly cleaned of snow, and it’s not so often to go outside the city. 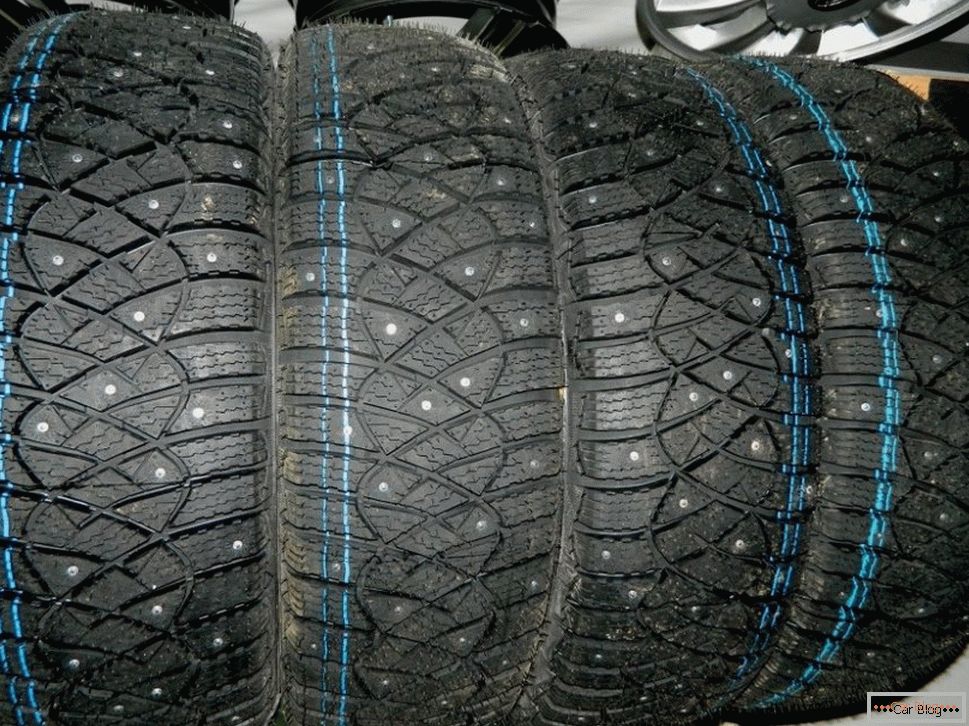 Model Freeze is suitable for residents of large cities

Development company Avatyre. Not the most ideal option in terms of stability in the snow or a vigorous launch on ice, but for your money it is a good option.

The model is suitable for residents of large cities and those who move mainly along cleared or lightly snowbound roads.

Tires have a high resistance to wear, so they can be operated without problems on dry and wet asphalt. For heavily snow-covered surfaces and driving through snowdrifts, tires are not intended.

The choice of tires should be approached as responsibly as possible, relying not only on the brand, but also on the actual technical characteristics, capabilities of tires and their operating conditions.

Write in the comments which tires you think are the best in the budget segment and why. Subscribe, tell us about your friends and read our latest materials. 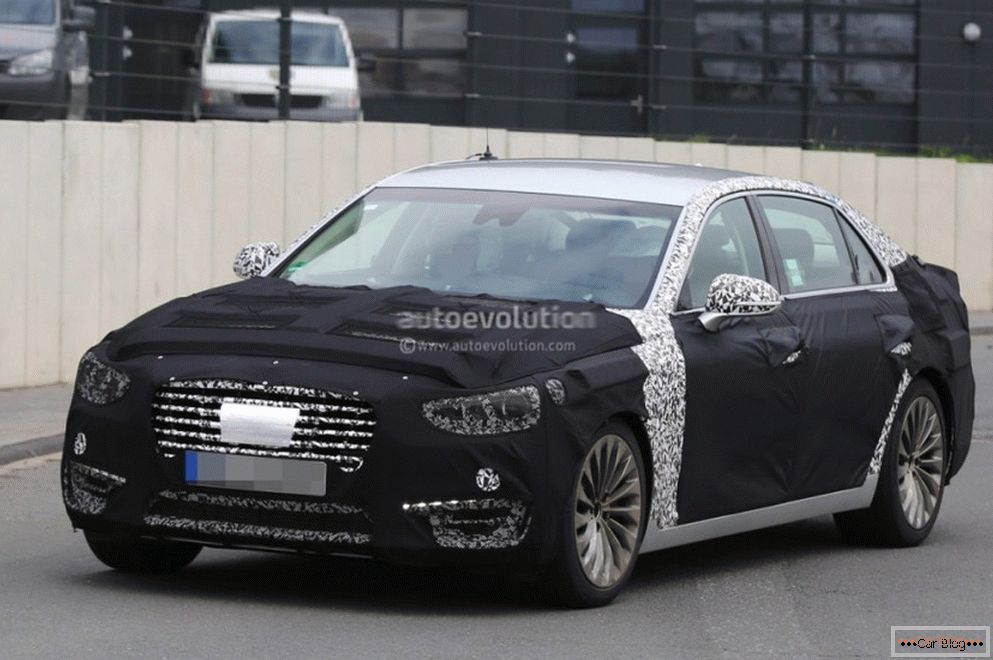 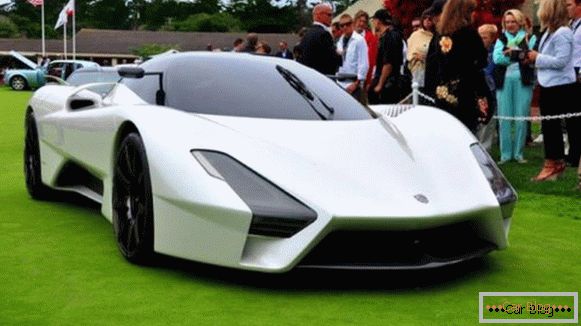